On this page of our guide to TES V: Skyrim you will find a set of starting tips that explain most important issues of the game. We have prepared ten tips concerning various features and game mechanics. The knowledge gained from reading this chapter should make it easier for you to play the game and effectively make progress with the main campaign. 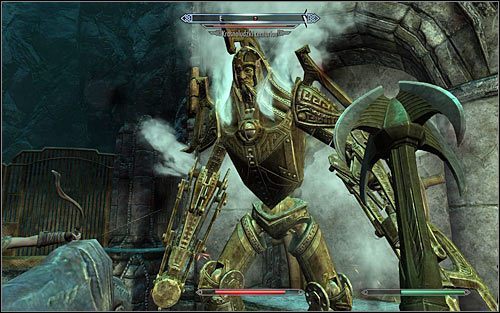 An additional incentive to modify the difficulty settings on an ongoing basis is that there are no trophies associated with the difficulty levels. If you want to obtain platinum trophy in a bit easier way, then you can select even the lowest level of difficulty (Novice). This way, you will win all mandatory battles much faster. 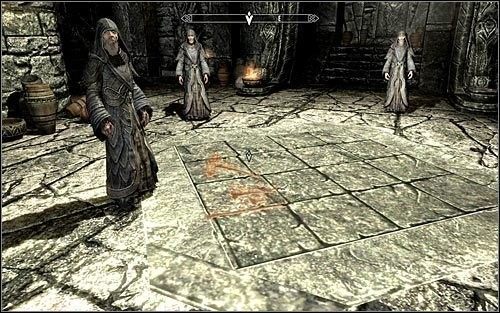 Skyrim has a relatively small number of main quests - much less than you would expect from a game with such a huge open world. It's caused by the fact that many quests are long and can take you a lot of time. Also, further main quests, which occur at later stages of the game, may be difficult due to many challenging battles, during which you have to defeat elite mages, giants, dragons or raven witches.

We advise you to take your time and don't begin any main quests in a rush - it may seem pretty easy after you have completed a few main quests, but later you may run into some serious trouble and hard challenges. We recommend that you complete a few initial main quests, including the task called The Way of the Voice - during which you will unlock a few useful Shouts. Then take some time to make your character stronger - improve your hero's skills and abilities. You can do this by typical exploration or by completing side quests (for example, complete some initial quests for each of the main guilds available in the game world).

Return to the main story after you have found that your hero is stronger and more versatile - develop combat-related skills and secondary abilities (for example, sneaking and speech), add a new companion to your team, equip better items (after finding them), and learn more powerful spells (if you play a class like mage or spellsword). 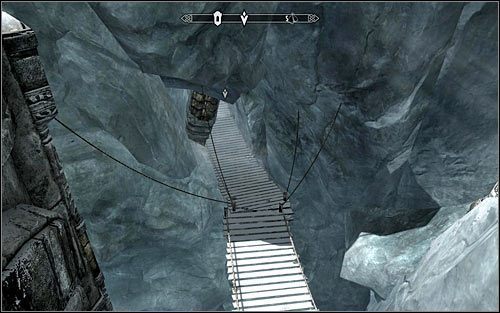 In Skyrim you can easily die even if you play at a normal difficulty level. As a result, we advise you to take precautions and make manual saves at appropriate moments of your gameplay. It is best to save your game before entering a new, unknown location, especially if it is a dungeon or other location where there is a high probability of encountering enemies. When you enter the location you may find out that there are too many enemies or that they are too strong. Also, sometimes it's very difficult to run away from your opponents.

The second type of situation in which saves can be very useful are quests during which you have to make decisions or complete additional objectives. Of course, you can use our detailed walkthrough of the game, where we have described all possible choices and their consequences. However, it's always a good idea to manually save the game at the beginning of each new quest. This will protect you in case you make any bad decisions. This is especially important when you perform daedric quests. If you make some bad decisions, you may lose a chance to gain many daedric artifacts. Also, you will waste a chance to unlock the Oblivion Walker trophy (collect a set of 15 daedric artifacts).

Get rid of unnecessary loot on a regular basis 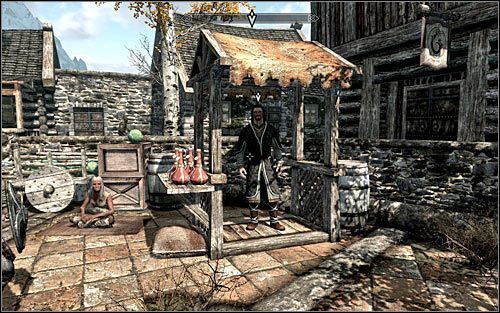 In Skyrim, there is an inventory load limit and exceeding it can have serious consequences - the hero cannot run or use the fast travel option while over-encumbered. This doesn't mean that you shouldn't collect all loot which you can find. To put it simply, it is important to regularly get rid of unnecessary items from your inventory. This issue can be approached in two main ways: 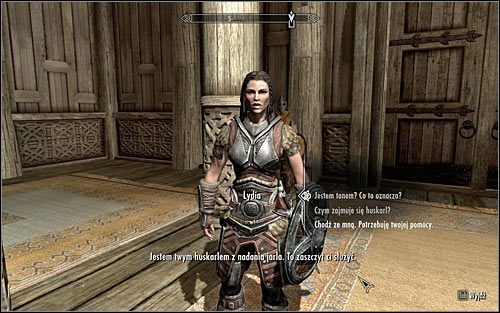 Traveling with a companion can make the game a lot easier - your companion can support the hero during battles and carry heavy items. In the case of battles, remember that companions are not immortal and if one of them is knocked down, you have to help him/her in order to save him/her from permanent death. As for storing and carrying items, you can freely deposit items in your companion's inventory and take them at any time available. This is a great solution especially during long journeys when there is no chance to return to any spot where you could sell or store your equipment. You can find out more about team members and companions in the Followers section which is available in the world atlas of our guide.

Your first companion will be Lydia - this warrior can offer her services to the main hero shortly after completing the Way of the Voice quest (it's one of the initial quests in the game). Of course, she doesn't have to remain an active member of the team until the end of the campaign. If you find a more interesting companion, you can send Lydia back to Whiterun. She will remain there, waiting for another recruitment.

Don't develop your hero in only one selected area 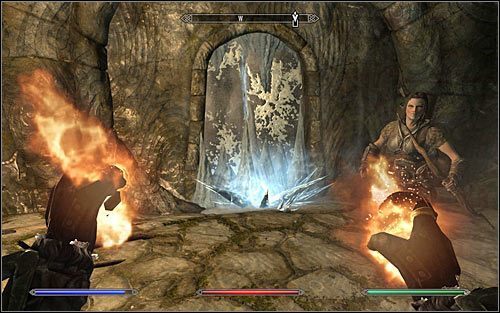 In Skyrim, it is possible to develop your character according to a specific archetype of the hero. For example, you may want to create a warrior who specializes in one-handed weapons and shields. However, this is impractical and it is worth (at least partially) betting on greater diversity. There are two fundamental reasons for this: 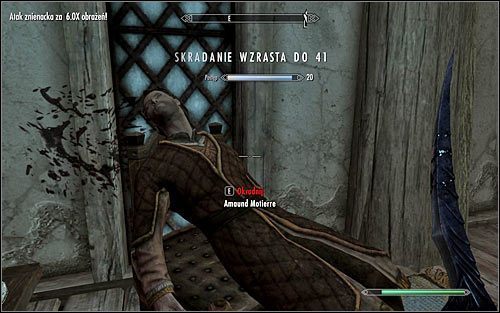 You can use this feature to 'cheat the game' and develop your skills faster than in a traditional gameplay - use your attacks and block, sneak around and cast spells from different schools of magic even when it is not necessary to eliminate an opponent or complete a specific location.

If you want to improve the development of your hero's skills even further, take interest in skill books and skill trainers - both of these features have been described in detail on separate pages of our world atlas.

Don't get detected if you want to steal something 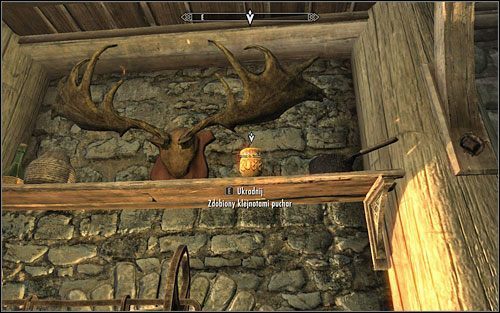 There are many opportunities to steal something while playing the game - you can sneak into private homes, shops, properties and other quarters where unauthorized people are not allowed to enter. Thieves Guild offers quests in which you have to steal very valuable items. Before you start sneaking around, you should always save the game. This will protect you in case you make a serious mistake.

The most important element of sneaking and stealing is to remain out of sight of any other character. Otherwise, the crime may be detected and city guards will be summoned. The higher the bounty on your head, the more trouble you have to expect - you may be forced to pay a fine, return stolen items, end up in prison or even be attacked without the possibility of defending yourself. The crime system of the game has been discussed in more detail on a separate page of world atlas.

You can increase your sneaking effectiveness by regularly developing the skills of Stealing, Sneaking and Lockpicking. Try to perform activities that improve these skills as often as possible, even if you're not planning on stealing anything at the particular moment. There is also a great way to reduce the risk of detection - you can do the burglary after nightfall. Most NPCs go to rest at night. It will be easier for you to sneak into inaccessible locations or rob other characters while they sleep. 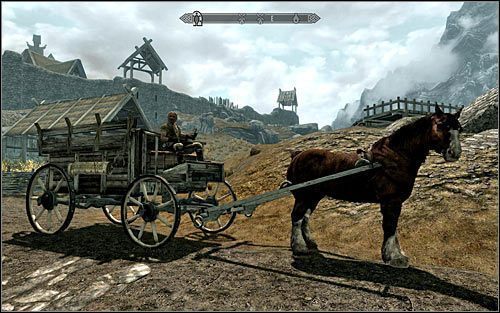 When you start a new campaign, you won't see that many locations on the world map - you have to travel to them in order to unlock all points of interests on the map. It is very advisable to visit all major cities at an early stage of the game. The purpose of this action is obvious - the largest cities are connected with many main and side quests. By discovering a particular location, you can save a lot of time, because from now on you can use a fast travel to get there.

Use carriage services to quickly unlock most of the main locations on the world map. Carriage drivers can be found in the stables located at key locations on the map. We recommend to become interested in the stable in Whiterun - it's a city you will visit at the early stage of main campaign, cause you have to complete the Dragon Rising quest. From Whiterun, you can travel to many different towns and cities of Skyrim - Markarth, Solitude, Dawnstar, Winterhold, Riften, Windhelm. For more information and tips on how to travel around the game world, see the separate chapter of our guide - Exploration.

Try to explore every location in 100% 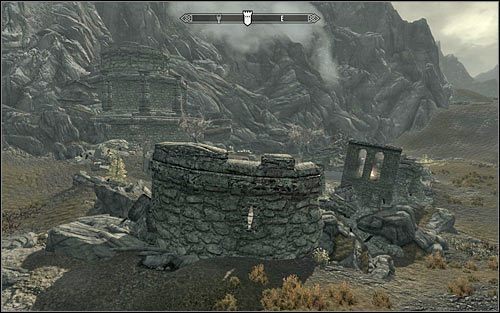 Thorough exploration of newly found locations can lead to an increase in overall gameplay time, but this is a great way to gain a lot of money. Exploration of discovered locations allows to improve combat skills of the hero (fighting with intelligent enemies or monsters that occupy a given location) and to gain valuable loot (the stronger enemies you battle, the better treasures you get). An additional motivation to explore dungeons and other such locations is the opportunity to earn the Delver trophy, which is awarded for clearing 50 dungeons of any kind (killing all enemies + collecting the entire loot).

Escape from the explored location only if you notice that it is watched by strong/numerous opponents, such as giants. Try to remember each place of this type and return to it with a stronger character in the later stage of the game.

In the main part of our world atlas you will find a list of all game locations. We've briefly described each location - you can find out what types of enemies can be encountered at a particular place or if a specific location is associated with any quest.