On this page of our guide to The Elder Scrolls V: Skyrim we explain how to get rid of vampirism and the curse of lycanthropy. The main hero can become a vampire or werewolf during the game. In the case of a vampire it can be a transformation against your will. Fortunately, you don't have to remain a vampire or werewolf until the end of your adventure.

How to get rid of the vampire curse (vampirism)? 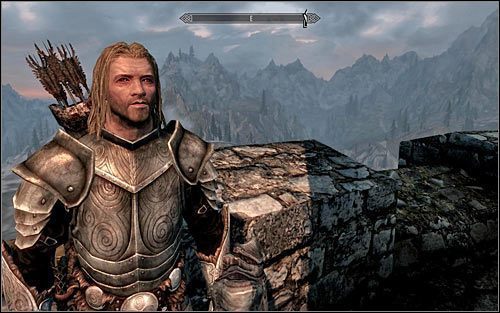 As a reminder, a hero can become a vampire if: 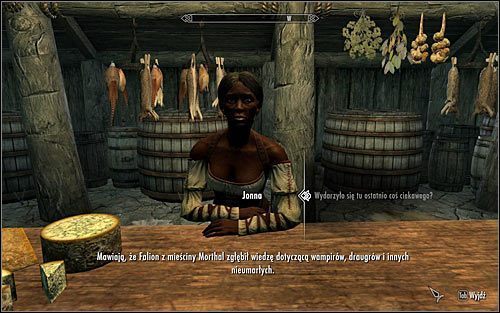 There are two ways of getting rid of the vampire curse and we have described them below:

To unlock the first possibility to remove a curse, go to any tavern/inn in the game world and talk to its owner. Ask the innkeeper about the latest gossip, and one of them should concern the study of vampire knowledge by Falion, a conjurer who resides in Morthal (check the screenshot above). The game will unlock a new Rising at Dawn side quest which is related to Falion. Check out our walkthrough section to find out more and read a detailed description of this quest. We would like to remind you that during this quest you have to bring a filled Black Soul Gem to Morthal and meet with Falion at dawn. 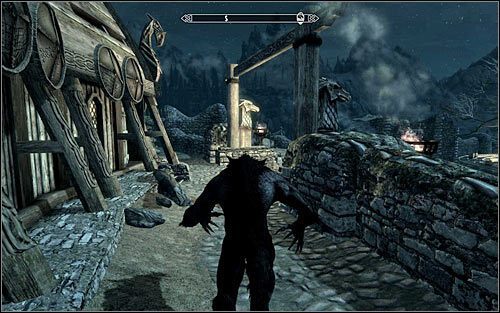 The second option to remove the vampire curse is to unlock the transformation into a werewolf. In order to do this, you must establish a partnership with The Companions of Whiterun (fighters guild) and begin performing some quests for them. The first transformation takes place while you perform The Silver Hand quest for The Companions (screenshot above) - at this very moment the vampire curse is removed. For more information on quests performed for The Companions, please refer to our detailed walkthrough of the game.

Important note! Even after you remove the curse, you can still become a vampire in the further part of the game. The only exception is the situation when after completing all quests for The Companions you have remained a werewolf - while being a werewolf you cannot get infected with vampirism.

For complete information on how to play the game as a vampire, please check out a separate page of our guide - How to become a vampire?.

How to get rid of the werewolf curse? 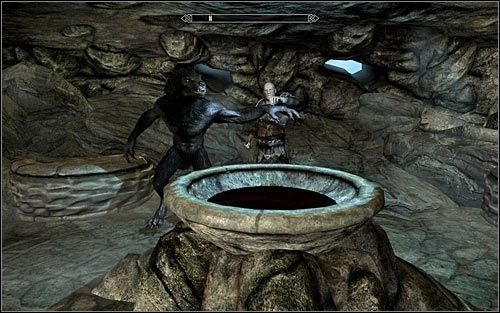 As a reminder, your hero can become a werewolf if: 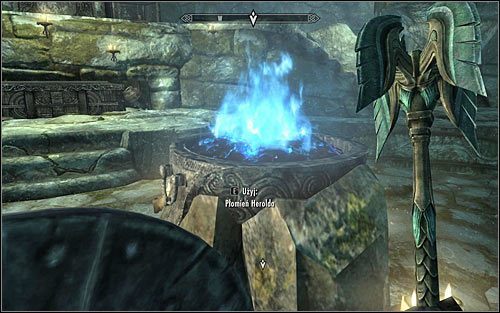 There is only one method of removing the werewolf curse and it can be used only after you have completed the last basic quest commissioned by The Companions - Glory of the Dead. You must return to Ysgramor's Tomb, get to the main chamber, throw Glenmoril Witch Head into the fire (check the screenshot above) and finally defeat the wolf spirit related to the main character.

Note - If you had only one witch head at your disposal while completing the Glory of the Dead quest, you will most likely have to visit the Glenmoril Coven location again (sector 7, point 1) and kill the previously ignored witch or loot a body of one of the already defeated witches.

For complete information on how to play the game as a werewolf, please refer to the separate page of our guide - How to become a werewolf?.