Becoming a werewolf in Skyrim is a curious feature, but perhaps not as extensive as it should have been. Luckily, the modders are here to save the day. 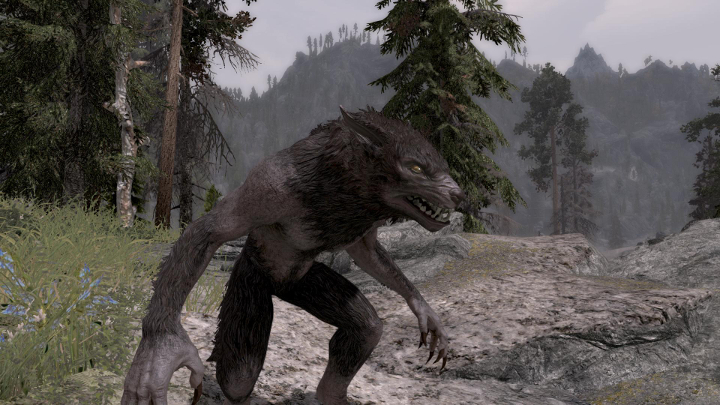 Werewolf Mastery brings a number of config options enabling you to buff your beast mode. Thanks to the mod, you'll be able to increase your armor rating, magic resistance, melee damage, or health regeneration. Most of the options offer not predefine one-time bonuses, but upgrades that increase along with the level of your character. It also enables you to toggle such nice little tidbits as making wolves your allies or making you cause terror when transforming.

The main addition of the mod, however, is a separate skill tree with new a set of perks. The perks have been divided into offensive and defensive branch. The former feature, e.g. Sweep Attacks, which enable you to damage all enemies in front of your, and Piercing Claws, thanks to which you'll ignore enemy armor.

The defensive branch features, for example Bestial Reflexes, which gives you a chance to slow time during enemy power attacks, Cushioned, which reduces fall damage, and Muffled Movement, which reduces noise when walking and running. New perks can be bought for special points that you acquire by devouring your victims.

Note! The mod is available only for standard Skyrim.

The mod can be installed through Nexus Mod Manager. Don't forget to choose the correct game version - with or without the Danguard expansion.