In this page you can find information about completing "The Screeching Songman" quest in Skyrim: Bruma.

Where to start the quest: Bruma city 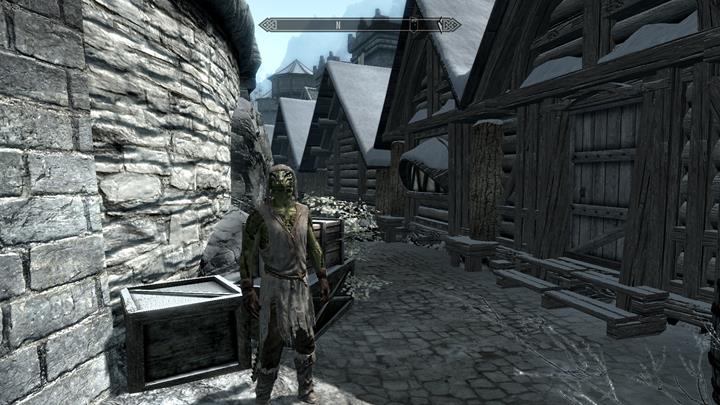 Where to start the quest: Bruma city

During your walk around the city you can meet an Argonian, Reln-Tei, who will start complaining about the local bard. He asks you to find a way to stop the poet singing during nights. However, the Argonian informs you that if you want to solve this quest by force and kill the bard he will inform guards. 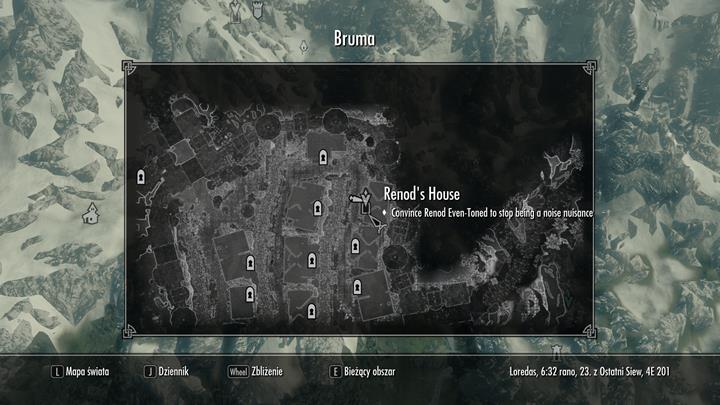 You must deal with the unfortunate singer. Go to Renod's house and start talking with the man. Sadly, he is firmly convinced that he is a prominent performer which means that there are no arguments that can convince him otherwise. However, he proposes a deal - if you retrieve his stolen lute, he will stop singing during nights. When the dialog is finished you can speak with him again and ask if he has any clues where to search for his instrument. Head to The Restful Watchman where you can find suspicious people. 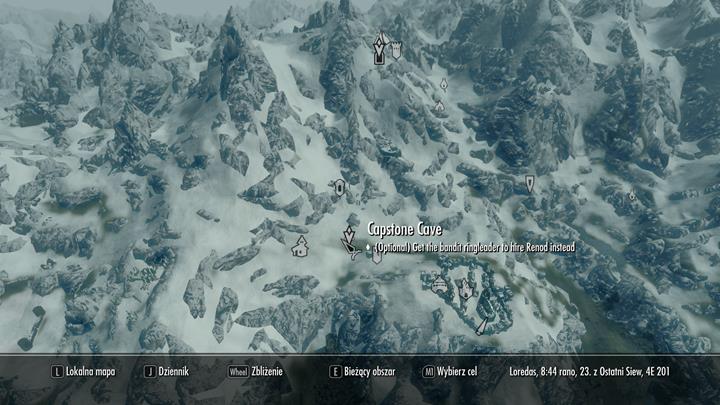 Inside the tavern you find a mysterious character - Crouches-In-Crevices, speak with this person and ask about the lute. Convince the Argonian that you are only doing this because you want to silence the bard. You learn that Crouches stole and then sold the lute to bandits. He tells you to go to them if you want to get it back. He also offers a certain alternative - you can convince the bandits to take the unfortunate bard and make him their jester. First, you must go to Capston Cave, west from the city. 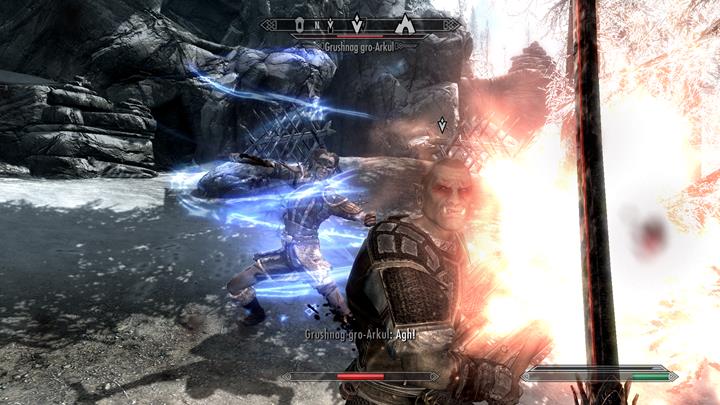 There, you find a group of bandits. Speak with them and decide on the bards fate. You can talk to them, convince them to take the bard or simply attack and take the lute by force. After making a choice you can go back to the bard and give him the lute/tell him about his recruitment. Then, go to Reln-Tei.

The Argonian is very happy. He wants to give you a reward that he gathered from citizens' donations. You can take the reward or refuse and, for example, encourage Reln to start a new life. The Argonian gives you his sword as a reward and the quest is completed.