This page of The Elder Scrolls V: Skyrim World Atlas includes the list of companions. You will learn where each potential companion is, and how to recruit him or her. In addition, we describe possible temporary allies that can help in certain moments of the game. 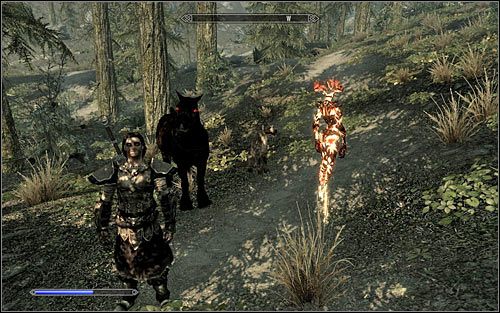 Your followers can be divided into four categories:

1) Normal followers - This group consists of people that after joining the team remain as its members for good and the only way to leave them is by ordering them to go away. People from this group can be given simple orders and they can also can receive items from the main character. More information on this group can be found below.

2) Temporary allies - This group consists of people that join the team for a limited period of time. This mostly occurs when completing quests and in these cases you can count on having an additional ally until the quest has ended (without being given a chance to ask that person to join the main character to take part in future journeys).

3) Animals - Dogs and horses are in this category. Horses don't take part in any battles and the only exception to that rule is a horse named Shadowmere (more information on that animal can be found in the Hints chapter). As for the dogs, they act in a similar way to normal follower, so they follow the main character wherever he goes and they take full part in battles. It's worth knowing that they're counted separately, so by adding a dog to your team you don't have to send away the human follower.

4) Allies summoned or resurrected using magic - This group consists mostly of atronachs and dremora summoned to the battlefield with the help of certain spells, however you can also add the undead to your team thanks to necromancy. The number and the strength of magical followers depends entirely on the main character and what spells he used, however it's worth knowing that you can have more than one ally and that some of the magical creatures you've summoned can remain on the battlefield for good.

I strongly recommend that you always work on improving the strength of your team and that you always try to have as many followers as possible. This is very important especially if you're playing as a thief and as a mage and can't handle yourself on your own. Having allies can make the game easier, because they often distract enemies from the main character. 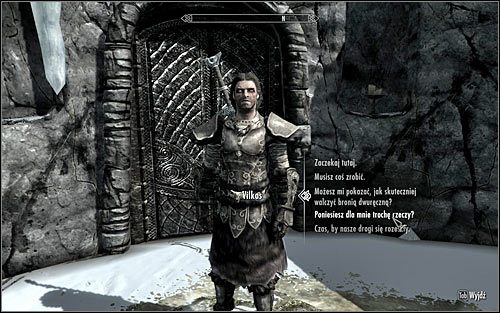 As I've already mentioned, normal companions follow the main character wherever he goes and you can have a limited control over them. This is achieved by initiating a conversation with an ally and choosing a dialogue option from the list (screen above). Notice that you can order your follower to remain where they are, to do something (you must point the person to a place or to an object) and to take some of the carried equipment from you. The last element is very important, because you can use your followers to carry your things. Furthermore, your followers will automatically use all the items they receive based on their specializations. For example, if your ally is an archer and you give him a good ranged weapon, then he should automatically make an exchange for his current weapon.

You can send away a follower at any time by choosing the last dialogue option from the list. It usually doesn't mean that you won't see that person ever again, because a follower should return to the location where you've first met and this means you will be allowed to ask that person to join the team again in the future. There are a few exceptions to that rule and it's typically about hired mercenaries, because you're paying for their services and they don't join the team as volunteers. I would recommend switching followers from time to time, so that they're best suited for your current style of play. For example, if you want to play as an offensive warrior you should add a defensive mage to your team so that he can heal you and cast protection spells. 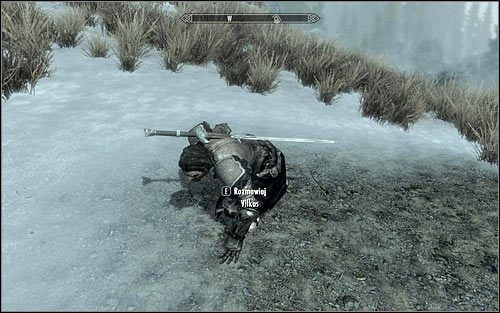 Remember that your followers aren't immortal. Once a follower has suffered severe injuries he should kneel down (screen above) and in most cases this results in opponents switching their attention to you (instead of dealing a final blow to get rid of your ally). Your follower should return to full health once the battle has ended, however you can also try healing him when you're still fighting enemy units. Watch out for your own attacks, because they can kill your follower (the same goes with using offensive area spells).

Important - Make sure to consult the World Maps chapter of this guide for additional help with finding the locations where potential team members are stationed (you must first find the map of the correct sector and then the number mentioned in the text). Additional hints on how to convince someone to join you (for example - how to complete the companion's quests) can be found in the quest chapters of this guide.