This page of The Elder Scrolls V: Skyrim guide explains how to become a werewolf in the game. You will learn what conditions you need to fulfill to turn into a werewolf, what unique qualities appear when being a werewolf, what obstacles are posed by lycanthropy, and how to get rid of the unwanted werewolf curse.

A chance to turn into a werewolf is theoretically treated as a curse, but opposed to vampirism that has a lot of restrictions and penalties you can fully control lycanthropy to use it only for your benefit. Once you've become a werewolf you'll receive new abilities that will make you stronger and more efficient on the battlefield. Of course lycanthropy does have its limitations and problems. They've been mentioned later in the text, but thankfully it's nothing serious or anything you can't fully control.

Important! It's possible to become a werewolf if the main character is already a vampire. Once you've transformed into a werewolf for the first time the vampirism curse if lifted, so this method can be used to get rid of the unwanted vampire disease. Sadly it doesn't work the other way around, because you can't become a vampire again when you're a werewolf and you'd have to get rid of the lycanthropy curse in the first place. I wouldn't recommend doing that, because you'll lose access to valuable bonuses and besides you aren't allowed to become a werewolf for the second time.

How to become a werewolf? 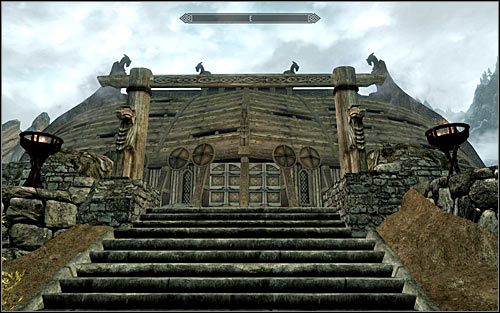 It's much easier to become a werewolf than a vampire, because you won't have to rely on luck or search for certain types of opponents to have their curse transferred to the main character. All you must do is become a member of a group called the Companions. They're a warriors guild in Skyrim and their main headquarters is the Jorrvaskr sanctuary found in the north-eastern part of the city called Whiterun (screen above). 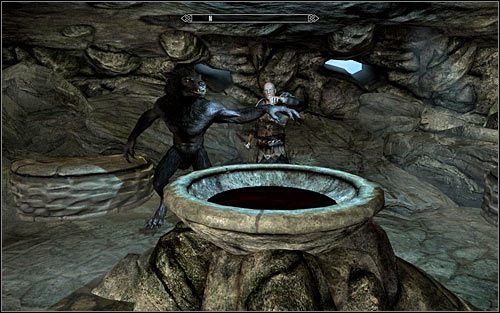 Join the Companions and start completing their quests (they're all described in a separate section of the guide) and it won't take long for you to find out that all members of this organization are werewolves. Furthermore, you'll learn that in order to finish the initation process you'll have to become a werewolf yourself and this is achieved by taking part in a blood ritual (screen above). This ritual takes place while completing Silver Hand quest and it can't be failed. 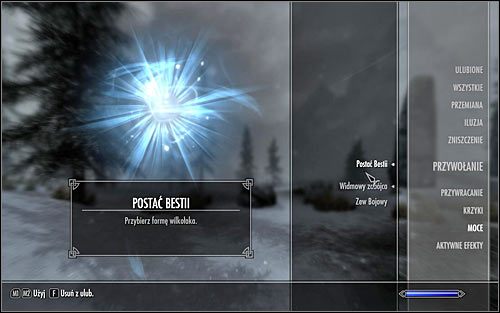 Drinking the blood during the blood ritual unlocks a new active power called the Beast Form and it's good to choose it from the list right away. This power allows you to transform into a werewolf once a day. It's worth mentioning that you can increase the limit to two transformations per day and this can be done by obtaining a ring of Hircine at the end of Ill Met By Moonlight daedric quest (make sure to side with Hircine while completing this quest, because otherwise you won't get the ring).

Main principals of being a werewolf 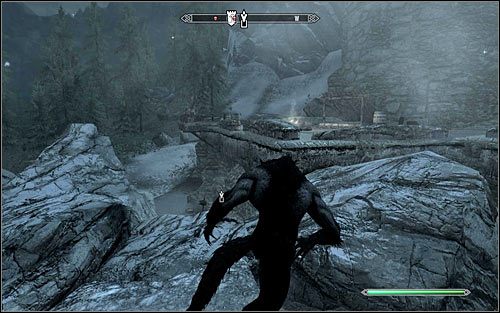 Once the main character has transformed himself into a werewolf he is stripped of all weapons and armors and this means that he can rely only on his claw attacks. While you're in a werewolf form you can count on bonuses to health and stamina and you can also move much faster. The last factor is very useful, because it allows you to quickly close to the distance to your opponents in order to start attacking them. Performing claw attacks isn't the only thing you can do, because you can also use howling. This action normally acts as a shout and allows to scare away nearby opponents, however you are permitted to change its features later in the game. This can be achieved by completing Totems of Hircine Companion side quests in hopes of getting your hands on new totems. Once you have them and interacted with them (they're placed in the same hideout where the blood ritual took place) you can change how the howling works so that it can be used to detect enemy units in the area or to call friendly wolves for help. 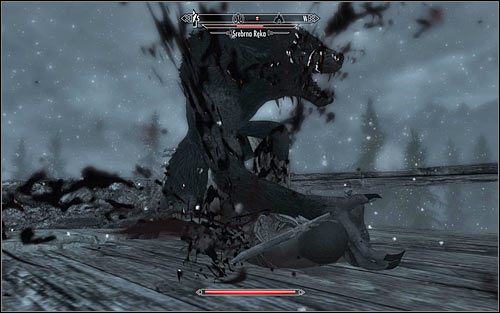 An important thing to know about playing in a werewolf form is that you can't stay that way for an indefinite amount of time. Using this form is very limited, because typically it lasts only 2 minutes and 30 seconds. Thankfully this limit can be increased and this is done by feeding on bodies of fallen enemies (screen above). An additional bonus which comes from feeding is that you can use it to heal yourself and this is very important when you're taking part in battles with stronger enemies.

Advantages and disadvantages of being a werewolf

The biggest advantage of being a werewolf is that you're free to choose when you want to use this "gift". No one forces you to change into a werewolf at a specific time or in specific circumstances. Unlike vampires that constantly have to worry about being recognized by the general public for who they are, playing as a werewolf changes nothing, because no one will know that you're a werewolf unless of course you decide to do a transformation in a public place. The transformation itself is especially interesting if your main character was developed to play defensively and can't handle himself in melee fights. Some of the other advantages of being a werewolf are that you're completely immune to diseases and that you can count on friendly reactions from the wolves populating the game's world. The second factor can play an important role if you often find yourself fighting above ground, because you won't have to deal with wolves at the same time and you're allowed to focus only on your opponents.

The biggest disadvantage of lycanthropy is that transforming into a werewolf form is very limited. I've mentioned before that you're allowed to make only one transformation a day and that you can remain in werewolf form only for two and a half minutes. Another disadvantage is that you can't wear any armors when you're running around as a werewolf. This means that you must play very offensively in order to compensate for weak defenses, especially since your health can't regenerate on its own when you're in a werewolf form. You also can't perform many activities when you're in a werewolf state. You can't examine bodies of fall enemies, you can't pick up things and you can't use dragon shouts and this means you must make some changes to your style of play. Don't forget that inhabitants of Skyrim are always hostile to werewolves running around in their true form, so you shouldn't perform any transformations when you're visiting cities and other public areas. Thankfully even if you murder someone while in werewolf form it won't be added to the list of crimes comitted while in human form.

To summarize, being a werewolf is a more interesting and less complicated process than being a vampire. The use of this method is very limited, so you can't treat it as something you can rely on a regular basis. It's more like a bonus you can decide to use if the situation demands it.

Getting rid of the werewolf curse

Important! I strongly recommend that you remain a werewolf for the rest of the game, because there are no side effects from having this "curse". Besides even if you didn't find this feature entertaining or useful after making a few transformations and testing them you can simply ignore the beast form and don't use it. The only exception is if you want to become a vampire, because werewolves don't have to worry about catching vampirism. It's extremely important that you think this through, because unlike vampirism which can be caught more than once you can't become a werewolf for the second time. 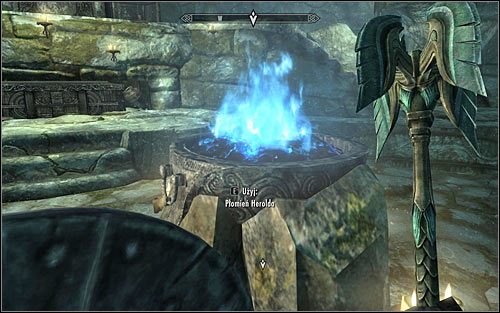 The only method of lifting the lycanthropy curse becomes available after you've finished the last primary Companions quest - Glory to the fallen. Return to Ysgramor's Tomb where the finale took place, go to the main chamber again, throw a Glenmoril witch's head into the flames (screen above) and defeat a wolf spirit tied to the main character. Important - If you've collected only one witch's head while completing Blood's Honor Companions quest, them you will have to return to a location named Glenmoril Coven (sector 7, number 1) to kill an additional witch or to interact with a body of one of the killed witches to pick up its head.