This page of The Elder Scrolls V: Skyrim guide offers a variety of tips on how to fight. You will learn how to prepare yourself for tougher encounters, how to fight in close combat and at a distance, and how to utilize Shouts of Power.

Important! Descriptions of races, skills and perks, as well detailed hints concerning character development, can be found in the second chapter of this guide. 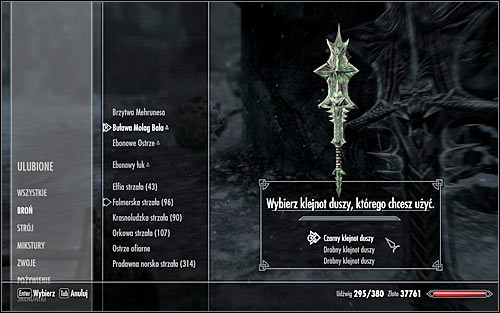 It's important to be prepared for each battle you're about take part in and by that I mostly mean saving your current progress and taking some time (if possible) to study your future opponents to learn their weaknesses and to plan your moves. Your tactics should be based of course on the style of play you've chosen for your main character (warrior, thief or a mage), however I think it's safe to say that enemy mages and creatures with magical abilities are usually the biggest threat, especially if they're capable of casting powerful offensive spells and/or summoning magical beings to help them out. Once the battle has started they should be on the top of your kill list and this means attacking other enemy units after the main threats have been taken care of.

Another important thing to remember is that you should always check your current supplies and make sure that you're using the correct gear. By mentioning supplies I mean having enough potions, scrolls and other things which may save you from certain death. As for the gear, you should make sure that your magical items are recharged and that you've chosen the correct weapon and armors for the upcoming battle. For example, if you've encountered a monster that is capable of inflicting serious fire damage and is vulnerable to ice damage you should choose armors which increase the resistance to fire and weapons (or spells) which are capable of inflicting serious frost damage. 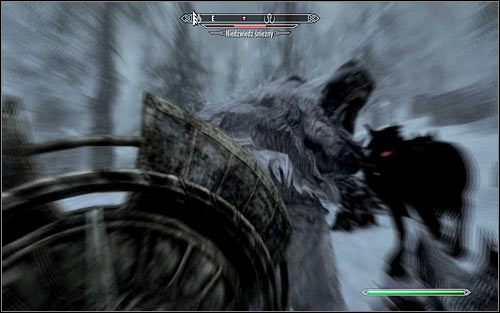 If your character likes to eliminate his opponents in close combat encounters, then you should be very careful if the enemies you're fighting can inflict major injuries or if they seriously outnumber your team. Skilled warriors are usually a serious threat and depending on the style of play you've chosen you may dodge, block or counter their attacks. An entirely different category are surprise attacks. If you want them to be successful you should be wearing an armor which improves the chances of staying hidden and/or rely on potions, spells and perks which allow your character to act stealthy. Don't forget about enemies that like to attack you and your team from the distance and in order to increase your chances of staying alive always try to get closer to them so that they'll have to switch to melee attacks. 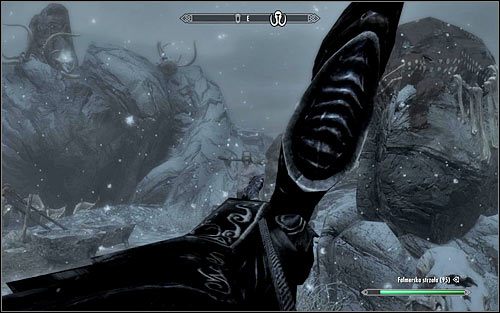 If your character likes to eliminate his opponents from a distance, then you should be focused on keeping them as far away as possible. The easiest way to achieve this is to move around on the battlefield depending on how your opponents are reacting to your actions. There are also other methods you can try - for example you can occupy higher ground in a place which is difficult to access or you can redirect your opponents to focus their attention on your companions (the normal kind and the magical ones). If you see an enemy heading your way you'll have to quickly react (assuming you want to avoid a physical confrontation) and you can move to a different spot or try paralyzing/slowing down/staggering him using proper weapons, perks, poisons or spells. If you don't mind getting your hands dirty you can carry a backup melee weapon with you (preferably something light) to be used in these types of situations.

It's a good idea to rely on dragon shouts while fighting enemy units, however you may also consider using "standard" active powers. Dragon shouts become available during Dragon Rising main quest. Active powers are available right away, however you begin the game with only one power (designed for the character race you've chosen) and you must unlock the rest on your own (they're usually rewards for completing quests or joining factions). The best thing about dragon shouts and active powers is that they don't need any health, mana or stamina to work. You can't of course use them regularly, because each shout or power needs some time to regenerate. Depending on their strength it can take a few seconds or even a few minutes, so it's crucial to choose the best moment to activate them so they'll assist in the best possible way.