This World Atlas page for The Elder Scrolls V: Skyrim details Heavy armor skills. These skills are largely related to the warrior archetype. Our tutorial in addition to describing the skills will tell you how to develop them, and what related best features are worth unlocking. 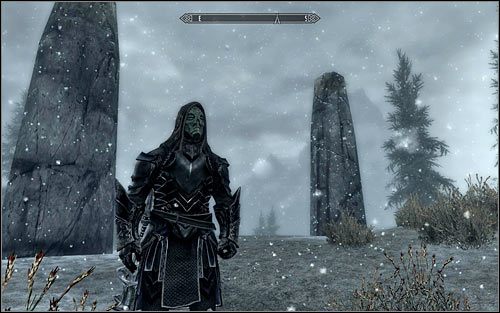 How to increase skill: This skill can be increased by receiving damage during battles while wearing heavy armor. The growth of the skill depends on how much damage the hero has taken and how many pieces of heavy armor he is currently wearing (preferably an entire set).

Description (rank 1); Armor rating increased by 20% (only for heavy armors).

Description (rank 2); Armor rating increased by a total of 40% (only for heavy armors).

Description (rank 3); Armor rating increased by a total of 60% (only for heavy armors).

Description (rank 4); Armor rating increased by a total of 80% (only for heavy armors).

Description (rank 5); Armor rating increased by a total of 100% (only for heavy armors).

Comments: It's a good idea to regularly unlock new perks from this group. The bonus to armor rating is always a nice addition (doubled after unlocking fifth rank) and it's especially noticeable if you're using good armors.

Comment: This perk isn't too useful, because it's much better to use a one-handed weapon than attack the target without any weapons. The only exception is if your character is a khajiit, because members of this race have a rather large bonus to unarmed attacks (both bonuses are cumulated).

Description: 50% less damage received as a result of a high altitude fall.

Comment: You won't have much use from this perk and the only reason to unlock it is to gain access to the next one. Note that the damage is cut by half only if your character was wearing a complete heavy armor set.

Description: Removal of all penalties to character's agility caused by wearing a heavy armor.

Comment: This is a cool perk, because once you've unlocked it your character acts as if he's not wearing any armor and therefore deals blows with full speed. Sadly this doesn't change the armor's weight, so you can't count on your inventory suddenly gaining more carrying capacity. Nevertheless you should definitely take this one under consideration.

Comment: I'd strongly recommend unlocking this perk as soon as possible, especially since the bonus provided by it will be cumulated with all bonuses received from the Juggernaut perks. Make sure to use a complete set (headgear, bodygear, hands and legs protection - a total of four items), because otherwise the armor rating will remain the same.

Description: 50% less chances of being staggered when wearing heavy armor.

Comment: It's not something you must unlock right away, because the main character rarely becomes staggered. The main reason why you should purchase this perk is to get to the next ones from the right side of the constellation.

Description: Armor rating increased by additional 25% if the main character is wearing a matched and complete heavy armor set.

Comment: This perk appears to work identically as Well Fitted, HOWEVER it requires a MATCHED heavy armor set. This means having four different heavy armor parts isn't enough, because they must be from the same "manufacturer". You can search for matched sets on your own or craft one using your smithing abilities. All of these restrictions make this perk a less interesting proposition, however if you possess a good matched set you should of course quickly unlock it.

Comment: This is an interesting perk, but not interesting enough to justify spending one (or even two) skill points on it. The perk only works for melee attacks (not for ranged or magic attacks) and only if the main character is wearing a complete heavy armor set.