Note! You get this mission during the Liberation of Skyrim main Stormcloak Rebellion Quest and its completion is required to advance in to the next part. 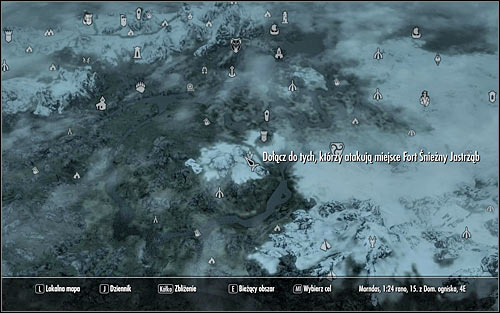 Open the world map and you'll see that the allied forces are waiting some distance away from Fort Snowhawk (the above screen), so I don't recommend using Fast Travel. The fort itself is located in the north part of Skyrim and it's best to travel there from Morthal, heading west. 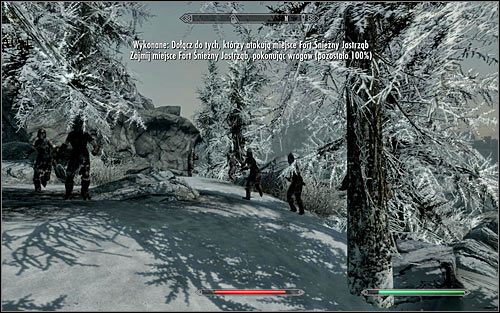 Luckily, you don't have to climb anywhere to get to your allies. Instead, stay on the hard-surfaced path that runs parallel to the mountain chain. Save the game and join the Stormcloak soldiers (the above screen), commencing the battle. 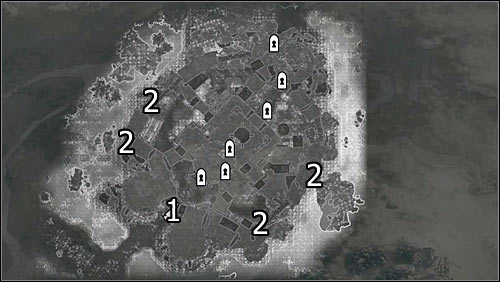 Labels on the map: 1 - main fort entrance; 2 - other easily accessed entrances into the fort (usually unguarded).

The battle rests on the same principles as the previous one, so simply eliminate enemy soldiers, because you'll win only when you kill a sufficient number of them. Of course, be prepared that new foes will be coming regularly over the course of the battle. Unfortunately, the game will cheat a little bit, as they will not only run out of buildings, but also appear on the fort's wall virtually out of nowhere. 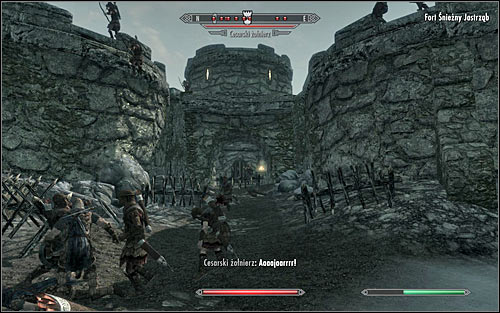 The fort is currently in ruins, so the game presents you with a couple of ways to get inside. The most obvious entrance is through the main gate in the northwest side of the fort (the above screen). I suggest choosing this way only if you're playing a warrior, because you'll have not only barricades to break through, but also enemy arrows to avoid. 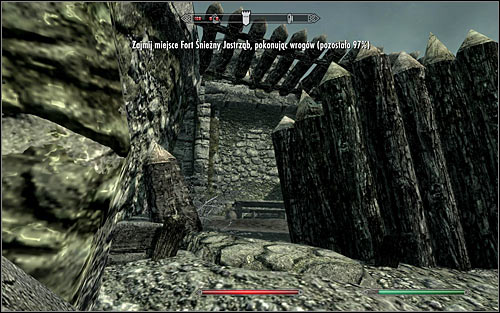 If you don't want to break through the main gate, you can use other easily accessible entrances. For example, there's a gap in the wooden fencing on the southwest side of the fort (the above screen). 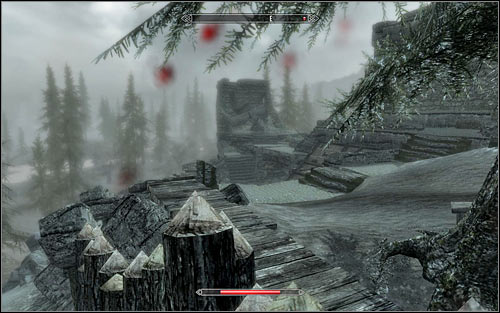 Another solution is to check out the west side of the fort and look for a short wooden fencing you can easily jump over (the above screen). This and other entrances are perfect for a character who prefers ranged combat. 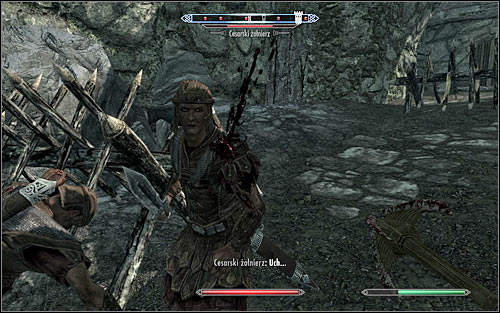 If you're planning to attack the Imperial Legion soldiers in close combat, use the main fort entrance and step into the fight (the above screen). 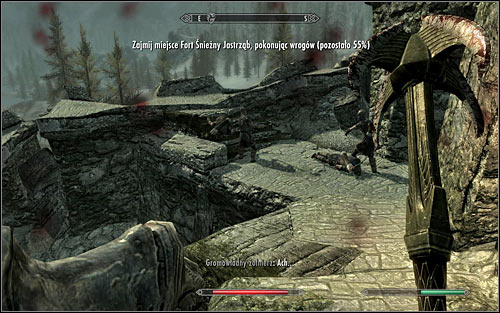 I don't recommend ignoring foes on the walls (the above screen). Remember to check the compass regularly and not let yourself be surprised by enemies running out of buildings or appearing out of nowhere. 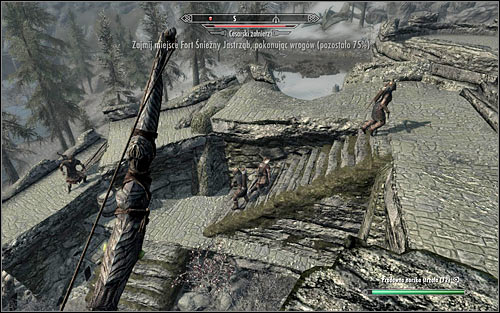 If you're planning to attack the Legionnaires from a safe distance, climb the walls as soon as you enter the fort. Find a good spot to attack (the above screen), but stay on your guard not to let enemy soldiers surprise you. 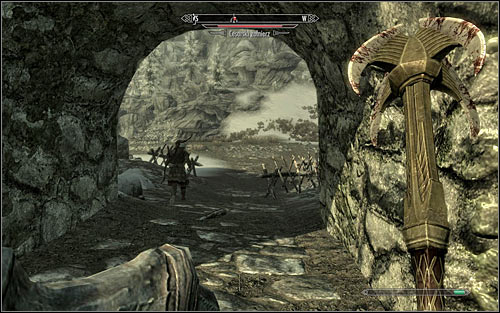 No matter the tactic, fight until the enemy "strength" parameter drops to 0%. This should force the remaining Imperial Legion soldiers to flee (the above screen). The mission is now over and you can continue with the Liberation of Skyrim (main objective: Report to Ulfric Stormcloak #4).