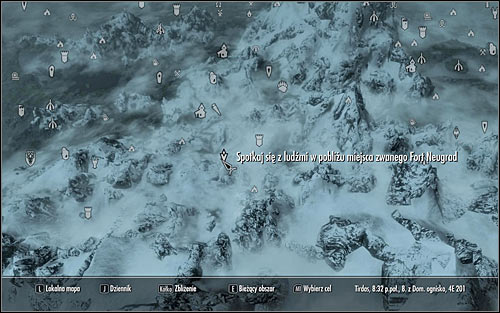 Open the world map and notice that the scouts Galmar mentioned in the previous quest are quite a long distance from Fort Neugrad (the above screen). The fort itself is located to the south of the current camp, though I recommend going back to Helgen and going south from there. This way you can use the hard-surfaced path instead of going through the woods. 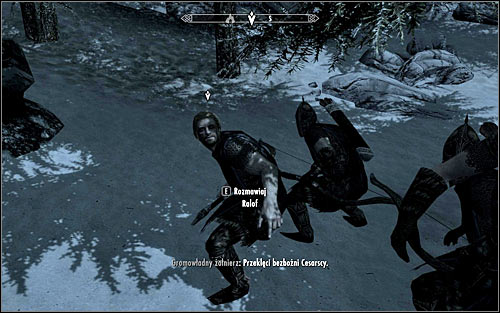 Once you're there, talk to the scouts' leader, Ralof (the above screen). Ask him about the plans to rescue the prisoners. He tells you about a secret entrance into the fort through an underwater cave. He also suggests that you meet him and his men in the courtyard after you manage to free the prisoners. Whether you agree to his plan or decide you're not too good with sneaking doesn't matter, especially since getting to the cave doesn't require higher than average thieving skills. 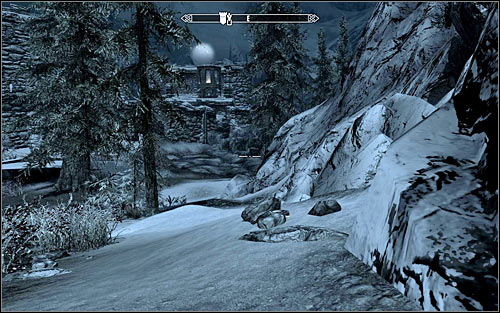 Before you do anything, wait for the night to fall in, which will lessen the chances to be accidentally spotted by one of the enemy guards. Head for the fort, moving northeast in a straight line (the above screen). 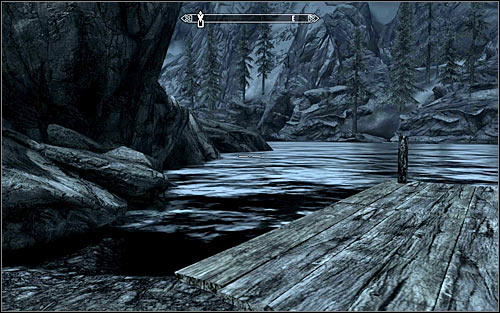 After a while, I suggest crouching or at least slowing down to avoid being spotted or heard. Wait until the guard patrolling the wall goes left and continue west. After a while, you should reach a small jetty on a lake (the above screen). 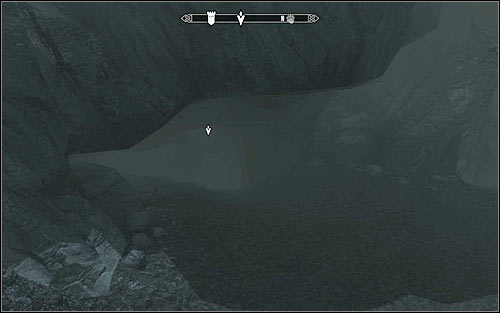 Jump into the water and swim toward the marked spot (the above screen); your character will automatically enter the underwater cave. Wait until you find yourself in Fort Neugrad Prison. 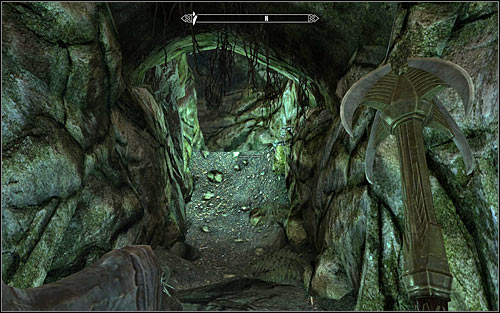 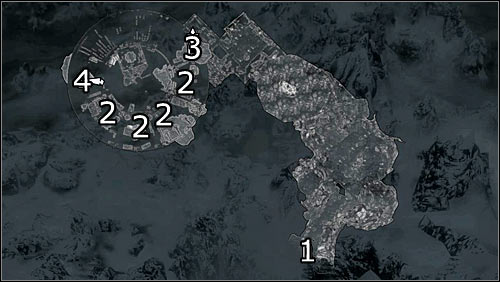 It's better to crouch in here, too, though even if you're spotted you don't have to worry that the guards watching the courtyard will come here. Use the only available way, to the north (the above screen). 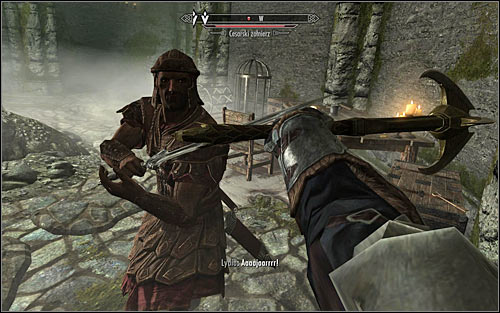 Be careful while exploring the cellar, because you might get caught in a bear trap. Use the stairs, and when you get to the cells, kill the Legionnaire watching your allies (the above screen). Have in mind that a second guard may soon appear here. Try to get rid of him quickly, too. 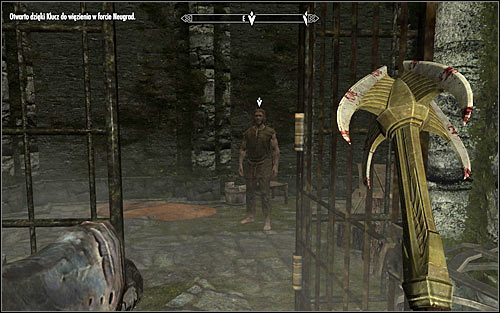 There are four Stormcloak soldiers in this location (the above screen). You can open their cells by lockpicking (poorly secured locks) or examine the body of the second guard to take the Fort Neugrad Prison Key (another key lies on a nearby chest).