New Main Objective: Deliver axe to the Jarl of Whiterun 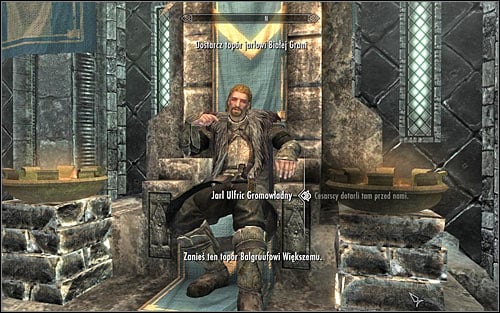 Continue the conversation with Ulfric, started in the previous Stormcloak quest. The leader of the faction asks you to take Ulfric's War Axe to the Jarl of Whiterun. According to tradition, accepting the axe is tantamount to wanting peace talks, while returning it means going to war. 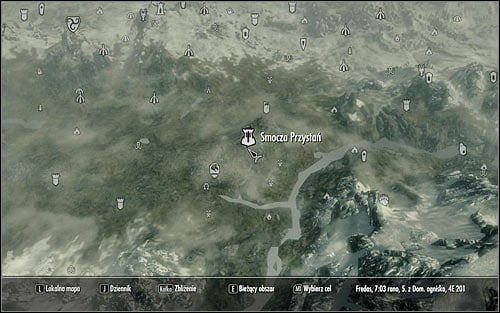 You can now leave the Palace of the Kings and open the world map. If you have followed my advice and got into the Civil War Quests after completing at least a few initial quests of the game, you will be able to travel to Dragonsreach right away (the above screen). Otherwise, you have to reach Whiterun on your own and do everything according to the Main Quests' guide (the Before the Storm quest). 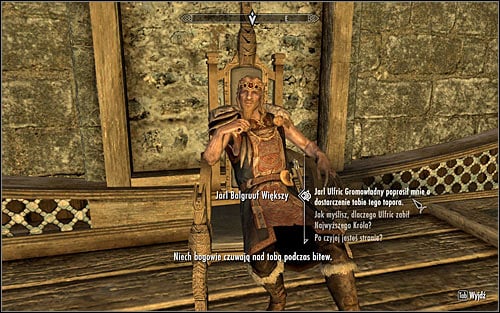 Once you reach Whiterun, find Jarl Balgruuf the Greater, initiate dialogue and hand him Ulfric's War Axe (the above screen). If you haven't completed the Before the Storm, Bleak Falls Barrow and Dragon Rising Main Quests yet, you'll have to do them now. Otherwise, Jarl Balgruuf takes the axe saying he needs a few moments to decide. 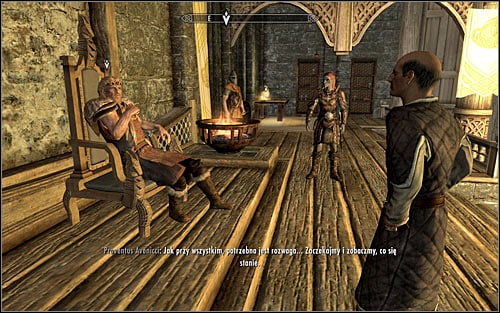 You don't have to do anything to complete this quest. Stay close to Balgruuf and listen to his conversation with his advisors (the above screen). The Jarl decides to confirm whether Ulfric is really planning to invade Whiterun, and he asks you to return the war axe, adding that he's ready to meet the Stormcloak forces on the battlefield. 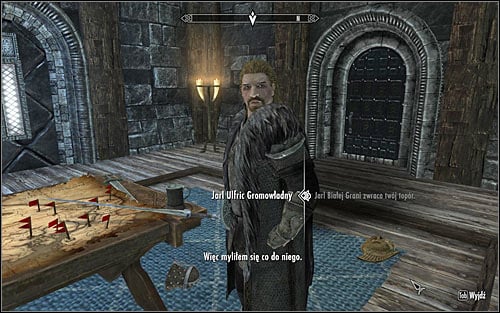 Leave Dragonsreach, open the world map and go to the Palace of the Kings in Windhelm. When you get there, you will probably find Ulfric in the war room. Initiate dialogue and tell him about the Jarl's aggressive response (the above screen). 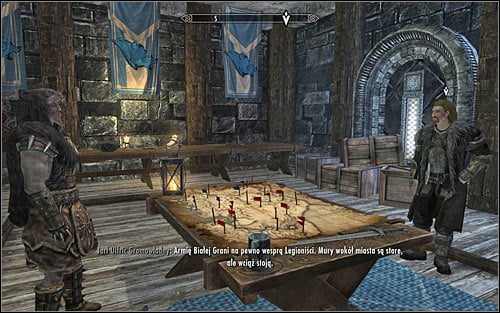 Again, you have to be patient, because Ulfric also needs a few moments to decide on how to answer to the Jarl's response (the above screen). After a longer debate with Galmar, he finally decides to storm Whiterun, ignoring the fact that by then Balgruuf probably asked the Imperial Legion for help. At the end of the meeting, Ulfric personally asks you to take part in the upcoming battle.