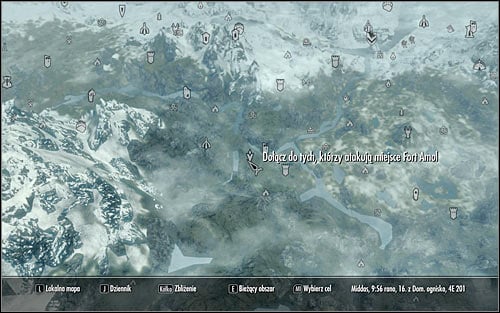 Start by opening the map. You probably won't be surprised that the detachment of Legionnaires is stationed at some distance from the target destination, Fort Amol (the above screen). You can travel there by going for example from Windhelm (go southwest) or Ivarstead (go northeast). 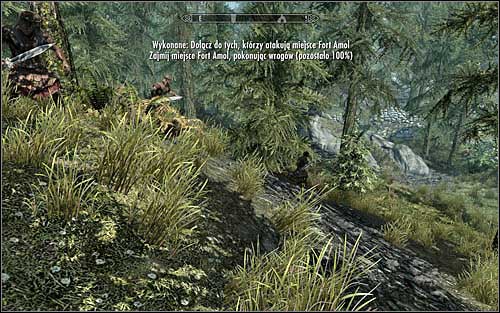 Surprisingly, the Legionnaires are hiding in the forest (the above screen), so it's possible you miss them at first. Save the game and approach them, "encouraging" them to attack. Notice that approaching the fort takes at least a few seconds, but don't use sprint so as not to weaken the character's physical shape. 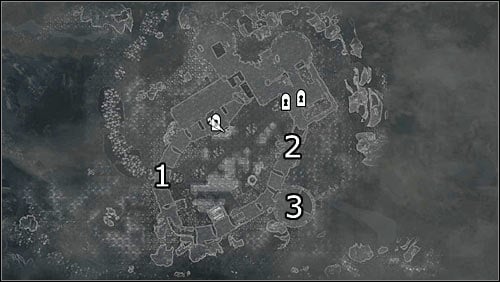 Labels on the map: 1 - main fort entrance; 2 - hole in the wall; 3 - suggested place for ranged attacks.

As opposed to the battle in the previous quest, where the positions of enemy soldiers were predetermined, this battle has all the characteristics of a "standard" fort invasion. You need to fight until enemy forces are sufficiently weakened. Remember not to stay close to the doors, because that's where enemy soldiers will be running out from. 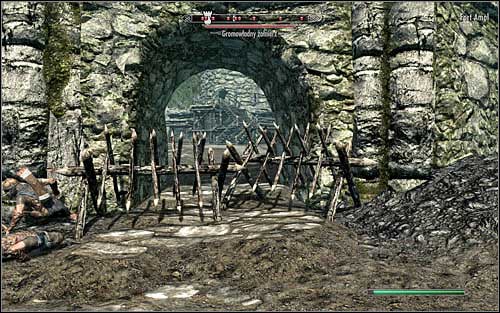 Just like before, the game will allow you a free choice as to how you want to get inside. By default, the Legionnaires go for the west entrance (the above screen), but they might need to break through at least one barricade. 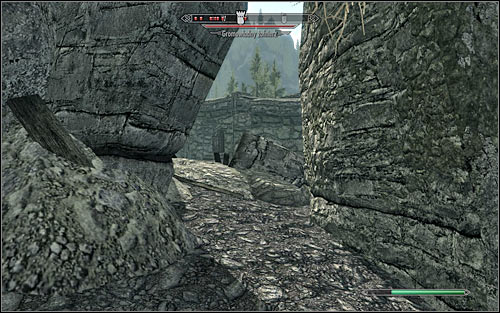 A much safer way into the fort is to go from the north to find a hole in the east part of the wall (the above screen). It's the best choice for a mage or an archer, who attack from a safe distance. 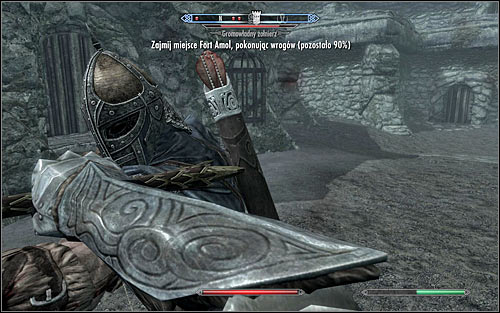 If your character prefers close combat, you can attack the Stormcloak soldiers once you're in the courtyard (the above screen). Just like in the other quests, don't forget about the archers massively occupying the upper walls and rooftops. Try taking them out as soon as you can, so you won't be loosing your team members. 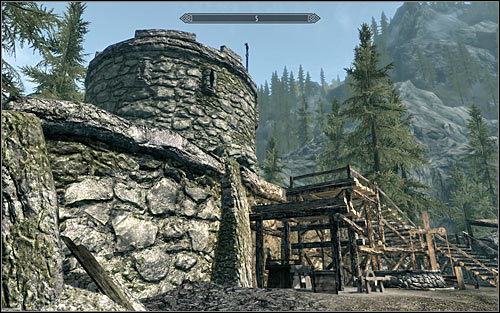 If your character prefers attacking enemy soldiers from a distance, try sneaking into the fort and find a good spot to shoot at them. My recommendation: a tall tower in the southeast part of the fort (the above screen) with stairs leading to the top. 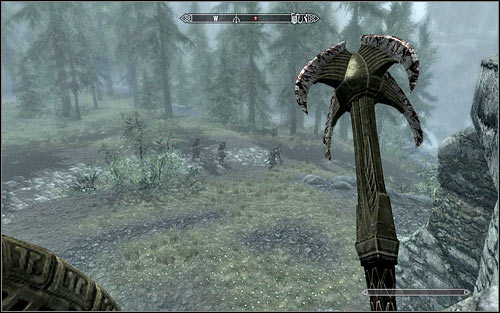 No matter the tactic, try to eliminate enemy soldiers as they come, because the game will be sending them your way quite regularly . Fight until you receive information of the victory. Traditionally, you can ignore the fleeing forces (the above screen). This mission is now over, so you can return to completing the Reunification of Skyrim (main objective: Regain Eastmarch).