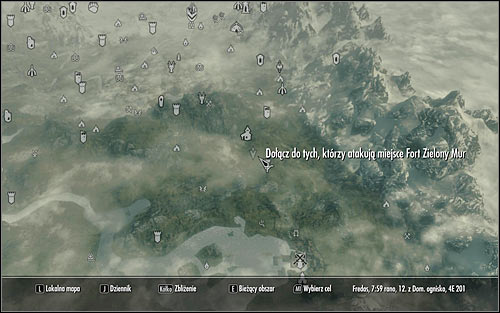 Open the world map and you'll see that the allied troops are waiting for the order to attack at some distance from Fort Greenwall (the above screen), so I don't recommend using Fast Travel. The fort itself is located north of the recently visited Riften. If you unlocked Shore's Stone during your meeting with Hadvar, this is where it's best to start your journey, and then turning southwest. 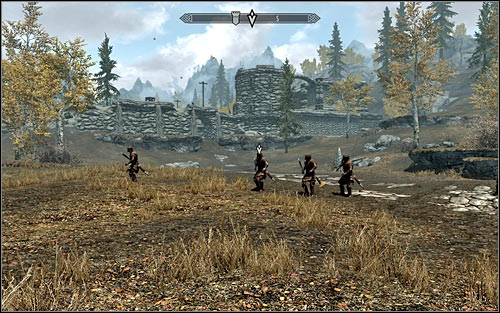 This time, you don't have to look around for the other participants of the battle, because they are waiting out in the open for you to join them (the above screen). Save the game and approach them, thus commencing the battle. 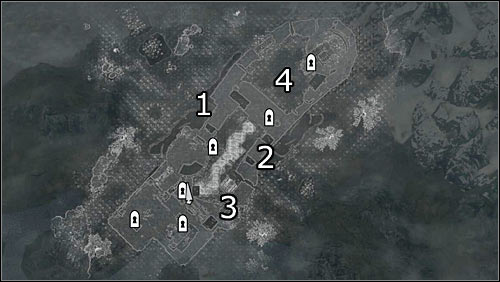 The battle rests on the same principles as the previous one, so simply eliminate enemy soldiers, because you'll win only when you kill enough of them. Of course, be prepared that new foes will appear regularly over the course of the battle. Unfortunately, the game will cheat a little bit, as enemy soldiers will not only run out of buildings, but also appear on the fort's walls virtually out of nowhere. 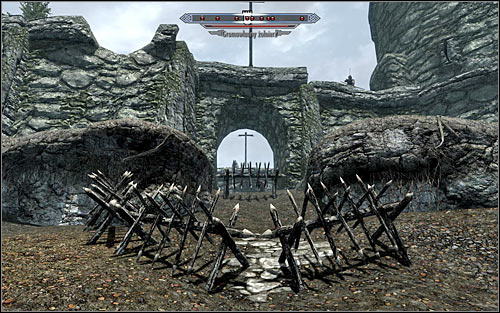 There are three ways you can get inside the fort. The most obvious one is the northeast entrance (the above screen). Be prepared for enemy archers on the surrounding walls. What's more, there are two rows of barricades blocking the way to the courtyard (the first row is easy to go through). 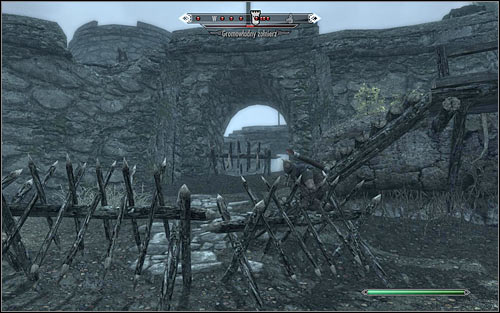 The second way inside is the northwest entrance (the above screen). It's nor particularly interesting, because there are also two rows of barricades here. 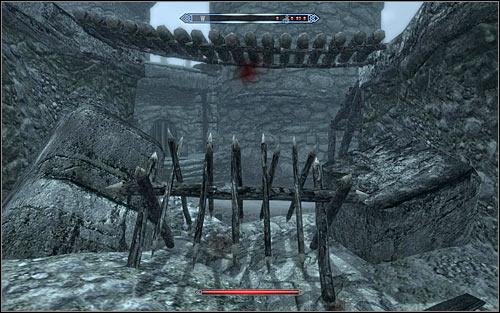 The third way inside is from the southwest (the above screen). There is only one barricade to break through and it shouldn't be guarded by enemy soldiers, so it's a perfect choice for a character who prefers ranged combat. 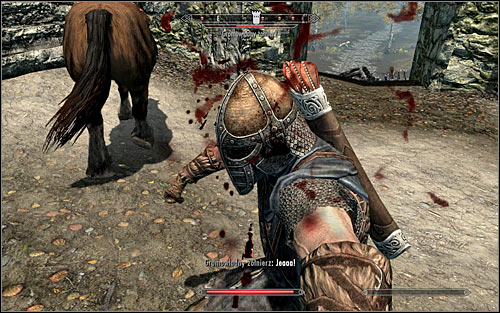 If you want to fight the Stormcloak soldiers in close combat, choose either fort entrance and attack the enemies on the main courtyard (the above screen). 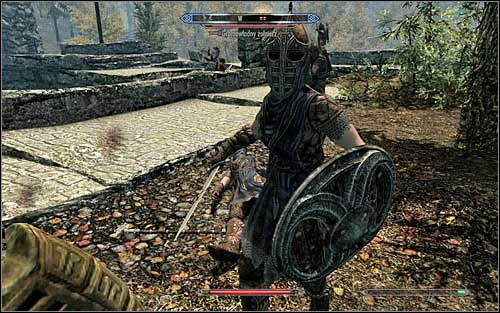 For the time being, ignore enemy soldiers occupying the surrounding walls and the upper courtyard in the north part of the fort (the above screen), because there are quite a lot of them there. Sooner or later you need to take care of them, though, especially so that the enemy archers would stop attacking you and your allies. 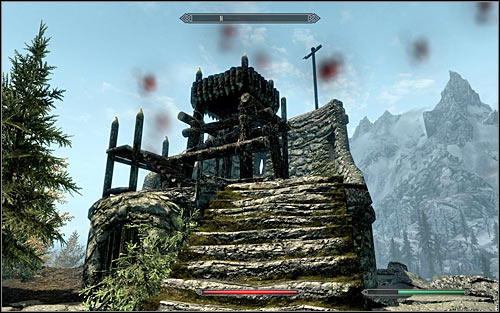 If you want to attack the Stormcloak soldiers from a safe distance, go for the walls as soon as you enter the fort. Find a good observation spot, for example the tower in the northwest part of the fort (the above screen). Position yourself and start taking out foes. 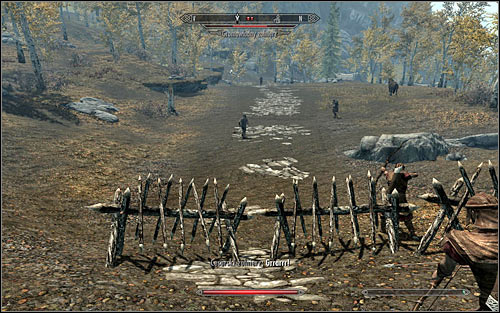 No matter the tactic, you need to fight until the "strength" parameter drops to 0%. This will force the remaining forces to flee (the above screen). This mission is now over, so you can return to completing the Reunification of Skyrim (main objective: Report to General Tullius #3).