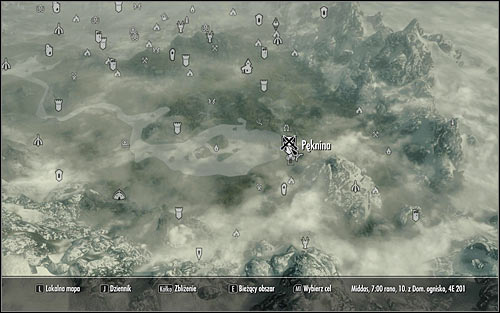 Open the world map. Your destination is Riften, located in the southeast part of Skyrim (the above screen). If you've been there before, you can use Fast Travel. Otherwise, you need to plan your journey, so consider taking a wagon (for example the one in the Whiterun Stables). When you try to enter Riften for the first time, you'll be stopped by a Riften Guard. Depending on preferences, you can pay a tax to gain entry to the whole city, or use Speech and try to either persuade or intimidate him. 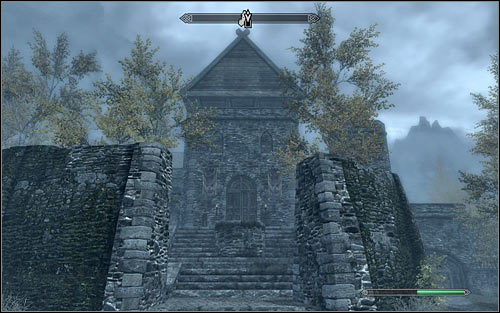 Once you're in Riften, head north. You need to get to Mistveil Keep (the above screen). Naturally, if you've been there before, you can transport there straight away, especially since the keep is visible on the world map. 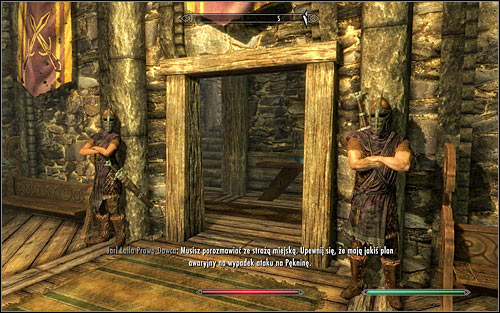 Go straight ahead. Ignore everyone in the room completely, because you don't have to speak to anyone at the moment. You should get to a south passage guarded by two sentries (the above screen). 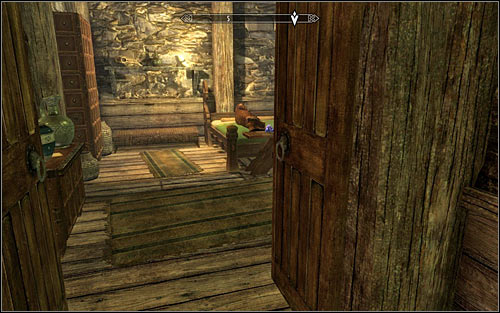 Theoretically, you should start sneaking now, but such precautions are better to take if you have Invisibility spells or potions. Go past the sentries, first turning right and then left. You should get to a bedroom (the above screen). Ignore the warning of a guard patrolling the hallway, because he won't detain you right away. 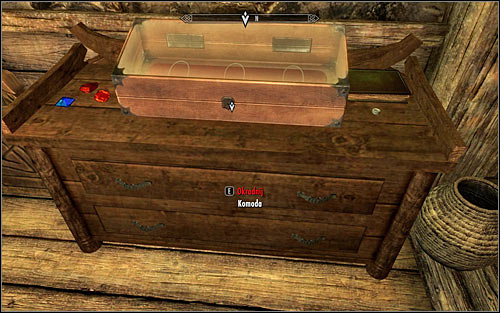 Close the bedroom's door behind you and start examining it. Ignore the cabinet, which opening requires a key or a picklock, and check the dresser underneath (the above screen). Take the Incriminating Letter out (you can read it from the Inventory menu) and quickly go back to the Mistveil Keep's main hall. 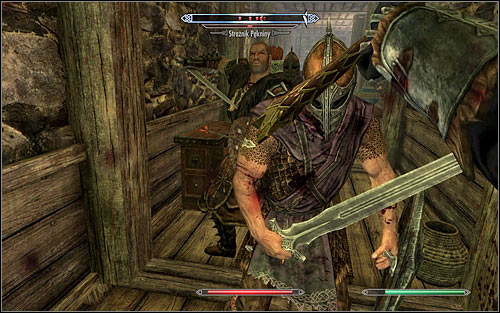 Note - if you spend too much time exploring the areas closed to guests or run around the keep with your weapons drawn, you can encourage the guards to attack your character. If so, I don't recommend fighting them back (the above screen), but quickly putting down your weapons, surrendering or agreeing to go to prison. Otherwise, you'll be surrounded by a large group of highly trained foes who would be very hard to beat. 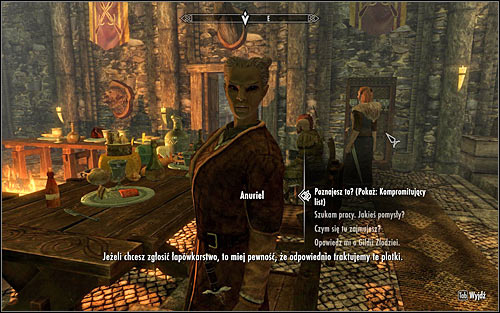 Find Anuriel in the main hall of Mistveil Keep (the above screen). If you can't see her anywhere, wait until the next day, otherwise you'd have to risk going into the closed areas of the keep again. During a conversation with Anuriel, tell her that you have a letter incriminating her, and she will ask you to join her in a back chamber. 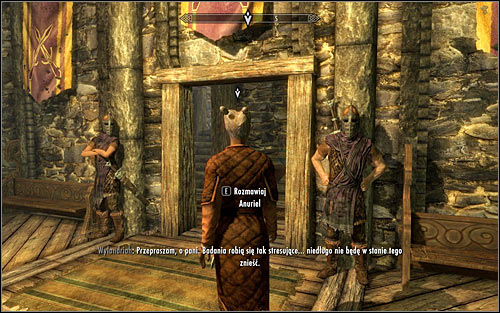 Follow Anuriel and stay close to her as advised (the above screen). Your second conversation with her takes place once you get to her bedroom, from where you stole the letter earlier. 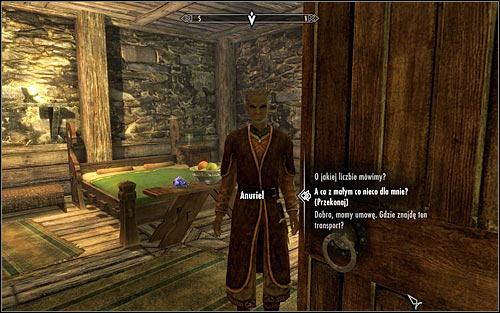 After you reveal to her that you are a member of the Imperial Legion, Anuriel offers that she keeps the contents of the Incriminating Letter to herself in exchange for information on a shipment of silver and weapons. If your Speech is high enough, you can try to persuade her into giving you additional gold pieces (the above screen) and agree to the agreement only then. Anuriel mentions a caravan on its way from Riften to Windhelm. Because it doesn't travel fast, you have a lot of time to catch up to it, attack and rob it. 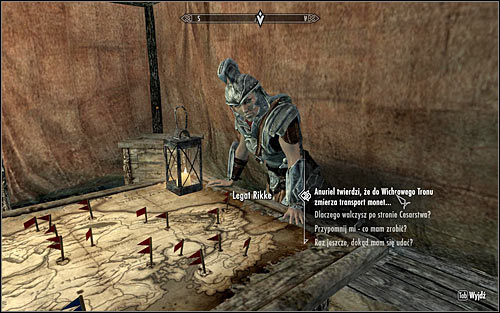 Leave Mistveil Keep, open the world map and travel to the recently visited Rift Imperial Camp. When you get there, locate Legate Rikke and share the information about the caravan with her (the above screen). Rikke suggests meeting up with Imperial scouts present in the area and organizing a joint attack on the caravan. 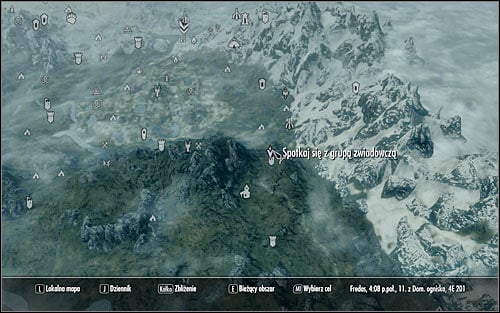 When you open the world map, you should notice that the scouting party is on the road to Windhelm (the above screen), specifically in the area of Shor's Stone. Meeting up with your allies is optional, but it's better to do it. I suggest approaching the scouts from the south, not north, to avoid running into the caravan prematurely. 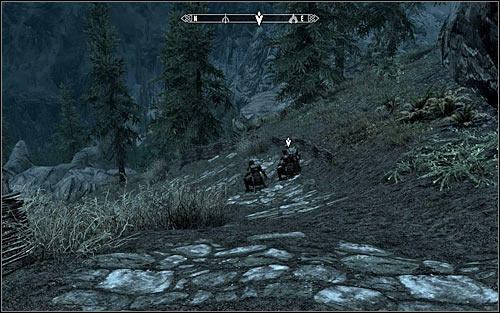 When you get to the market spot, look around for the scouts (the above screen) and talk to Hadvar. The Legionnaire tells you that his group has been tracking the caravan for a time now, but didn't know what it was carrying until now. At the end of the conversation, Hadvar leaves you with a choice. You can either attack the caravan by yourself or take part in a trap the scouts are planning to set up. 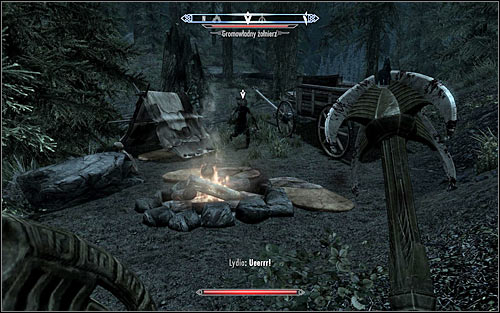 If you want to act alone, go northeast right away. You can attack the Stormcloak Guards from a distance, but because of the fact that the majority of them are archers, it's safer to fight them in close combat (the above screen). If by any reasons you're starting to loose, run back to the scouts so that they can join the battle. 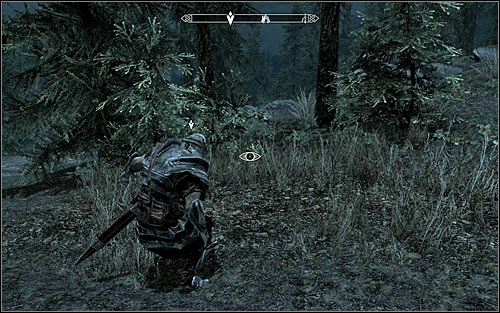 If you have agreed to Hadvar's plan, wait for the night to fall in. Crouching, follow the scouts. Try to stay close to Hadvar. Stop when he stops (the above screen) and wait until he gives orders to quietly eliminate the enemy scout. 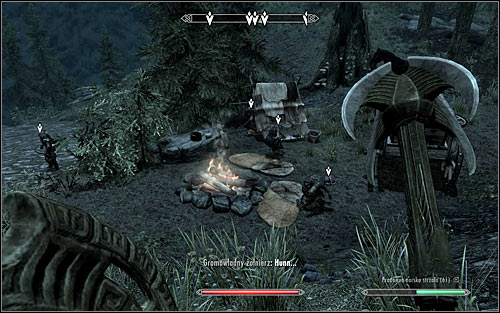 Only then move forward to the Stormcloaks camp (the above screen). With any luck, you will surprise the enemy soldiers, and besides you have your allies to help you. Fight until every caravan guard is dead. 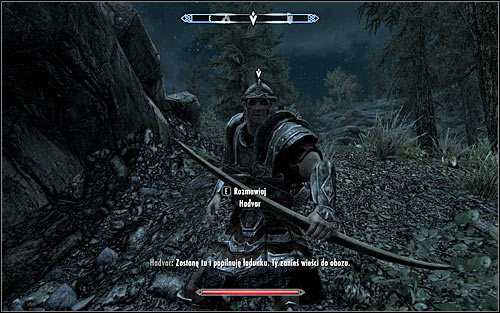 Before you go back to Hadvar, examine the enemy camp. Try to open one of the chests on the wagon, because it holds a few valuable items and taking them won't be considered stealing from the Imperial Legion. Approach Hadvar and listen to a short commentary (the above screen). This mission is now over, so you can return to completing the Reunification of Skyrim (main objective: Regain the Rift).