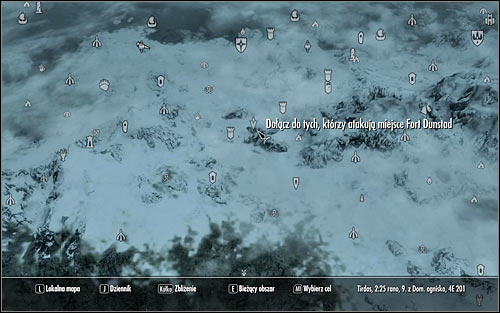 Open the world map and you'll see that the meeting place (the above screen) is east of Fort Dunstad. I don't recommend going straight to the fort, even if you've discovered that location before and could use Fast Travel. It's way better to start the journey from Dawnstar (north of Skyrim) and then go south. 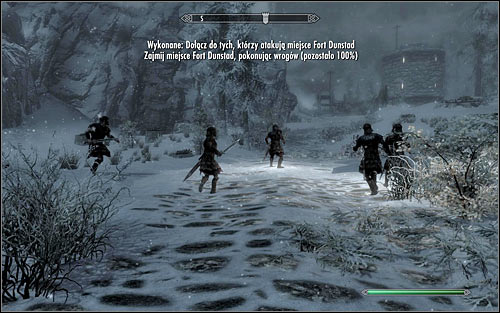 When you reach the marked location, you should see Imperial Legion Soldiers who will take part in the attack (the above screen). Save the game first and only then approach them, because they will go for the fort without warning. 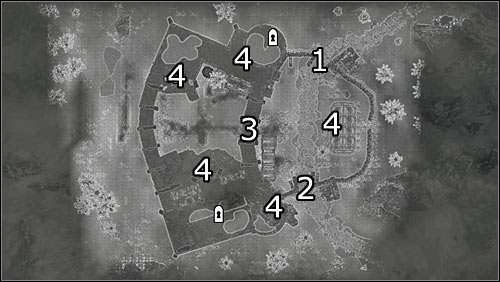 Again, it's a good time to go over the principles of this battle. The most important thing is that this time you're not defending, but attacking. As a result, you can focus only on eliminating enemy targets and not worrying about maintaining control over particular areas on the map.

Similar to one of the previous quests, the battle will take place until you eliminate enough enemy soldiers and their "strength" parameter drops to 0%. Nevertheless, don't rely on the fact that initially there will be fairly few enemy soldiers in the courtyard, because the next ones will be running out of nearby buildings pretty regularly. It's good to remember that and not to position yourself near the doors leading to other locations within the fort. Also, remember not to attack your allies, refraining from using area-effect weapons, abilities or spells, or using them only when you are certain they will hit no one else but enemy soldiers. 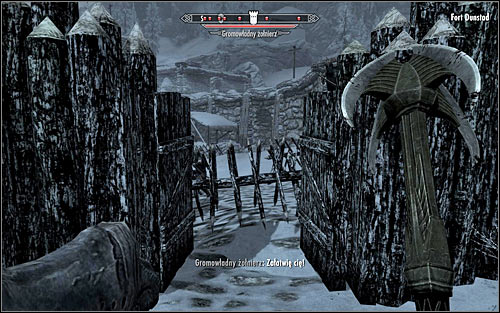 Basically, there are two ways to enter the fort. By default, the Imperials will turn to the north entrance (the above screen), although it's not only better guarded, but there are also barricades to break through. If you play a warrior, this is the best choice for you. 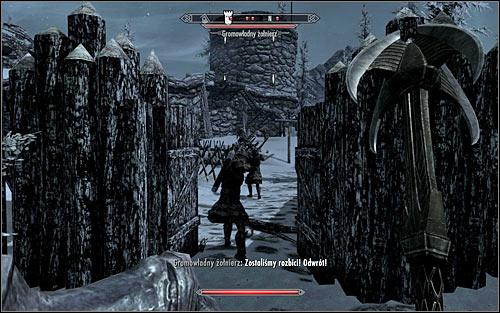 The second way is the south entrance (the above screen), which is not only weakly guarded, but there also no barricades. You can approach it by going around the fort from the east, and it's the better choice for an archer or a mage. 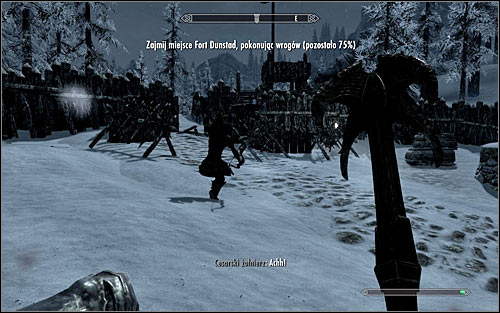 If your character prefers close combat, start eliminating Stormcloak soldiers around you as soon as you get to the right part of the fort (the above screen). Don't forget about the archers; try to get rid of them right away, whether by using single ranged attacks or by getting close to them. 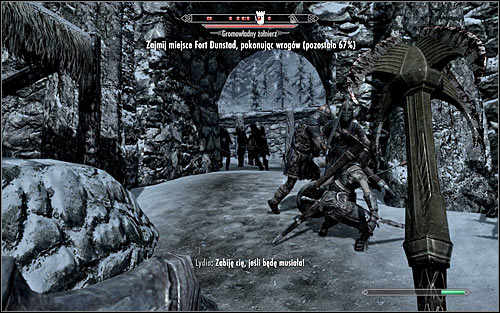 After clearing out the main courtyard, choose the path leading to the west part of the fort, surrounded by barricades (the above screen). There is more intense fighting there. If your character has any area-effect attacks, it's good to use at least one of them here. 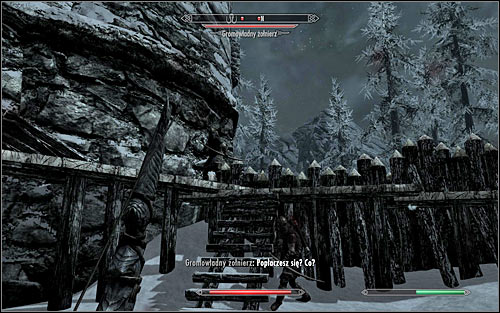 If your character prefers ranged combat, your first priority after entering the fort should be finding any stairs that lead to the surrounding walls (the above screen). 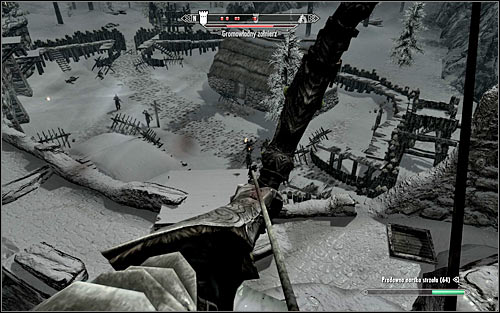 Depending on preferences, you can attack enemies from low elevation or climb one of the taller towers, so that you have a view on the better part of the fort (the above screen). Naturally, watch out for enemy soldiers and don't let them surprise you, so as not to be forced to eliminate them in close combat. 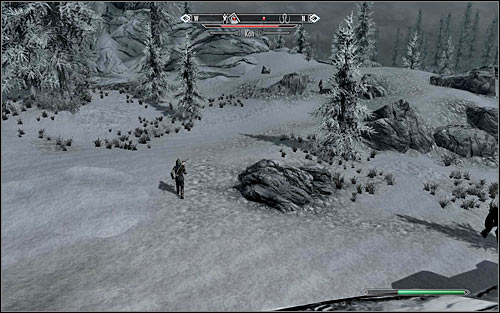 No matter the playing style, get rid of enemy soldiers one by one. As I mentioned earlier, watch out for foes running out of the buildings, not letting anyone surprise you. Fight until enough of enemy soldiers have been eliminated. The rest of the Stormcloaks should automatically flee (the above screen). This mission is now over, so you can return to completing the Reunification of Skyrim (main objective: Report to General Tullius #2).