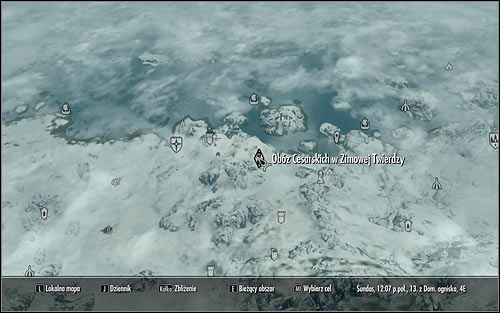 Leave the castle and open the world map. Your destination lies in the north part of the map, the Winterhold Imperial Camp (the above screen). Assuming you haven't been there before, you can best go there from Dawnstar and then go east. 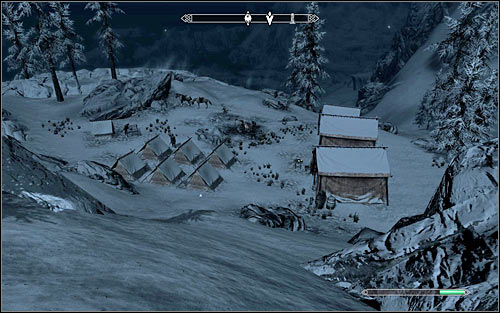 The camp you're looking for is situated high in the mountains, so consider travelling by horse. I suggest keeping an eye for wild animals too. After a while, you should reach your destination (the above screen). 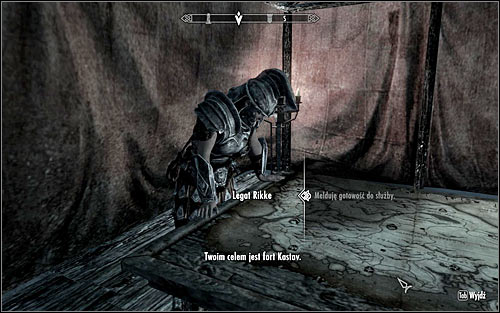 Look around the Imperial camp. The person you need to talk is of course Legate Rikke (the above screen). She tells you that your next mission is to take over Fort Kastav. This mission, however, will differ from the other ones in that apart from eliminating enemy soldiers, you also need to rescue some imprisoned Legionnaires. To help you with this task, a group of scouts have been sent ahead. At this moment the game activates the Rescue from Fort Kastav quest. Skip to its guide, because only by finishing it will you be able to continue with the Reunification of Skyrim. 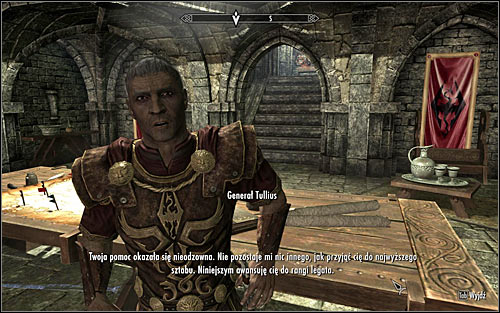 This objective will appear in your journal after you complete Rescue from Fort Kastav. Open the world map and go to Castle Dour in Solitude. Find General Tullius and talk to him (the above screen). He is very pleased to hear of your success and promotes you to the rank of Legate. Apart from that, he also gives you Armor scaled to the current level of your character. The next step before the invasion on Windhelm is to take over Eastmarch. 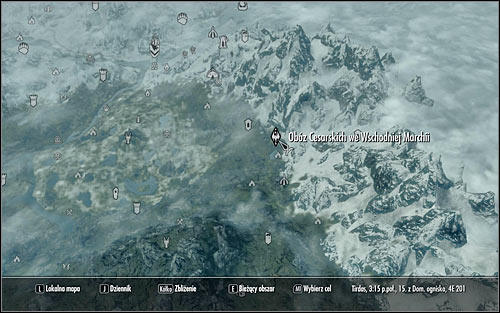 Leave the castle and open the world map. Your destination if the Eastmarch Imperial Camp (the above screen). If you have been there before, you can use Fast Travel. Otherwise, you'll need to go a long way as there are no major cities in the camp's closest area. I suggest starting from Windhelm and going southeast. 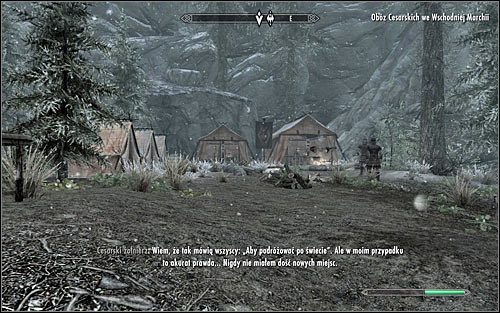 Be careful, because on your way to the camp you can be attacked not only by wild animals, but also by Giants. It's best to approach the Imperial camp from the west (the above screen). 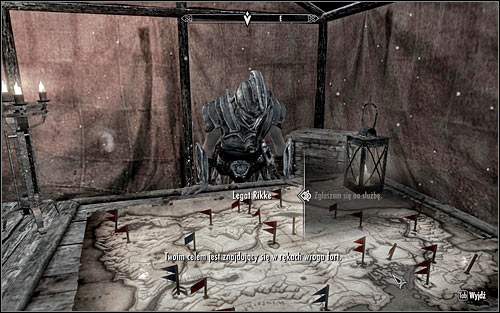 When you get there, look around for Legate Rikke and report to her for your next mission (the above screen). She tells you need to take over Fort Amol. At this moment the game activates the Battle for Fort Amol quest. Skip to its guide, because only by finishing it will you be able to continue with the Reunification of Skyrim. 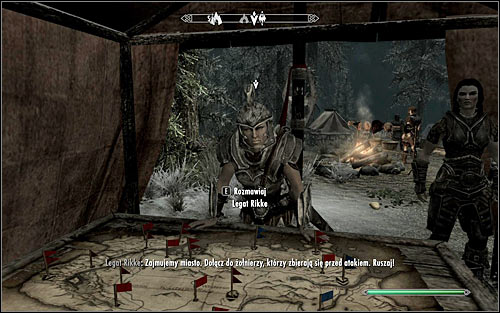 You can proceed with the completion of the current quest once you finish Battle for Fort Amol. Return to the Eastmarch Imperial Camp and find Legate Rikke (the above screen). She sends you to Windhelm to join the rest of the Legionnaires in the attack on the Stormcloaks headquarters. At this moment the game activates the Battle for Windhelm quest, so skip to its guide. 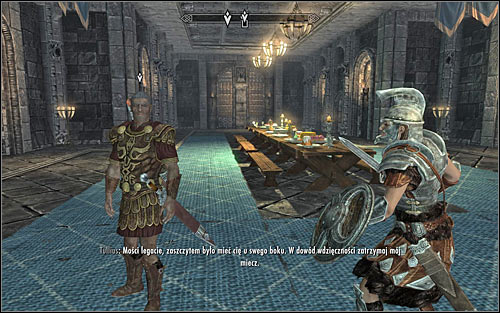 You can proceed with the completion of the current quest once you finish Battle for Windhelm, that is taking over the Stormcloaks stronghold and killing Ulfric. Approach General Tullius, who should be inside the Palace of the Kings in Windhelm (the above screen). The General will let you keep the weapon you might have used to kill Ulfric. 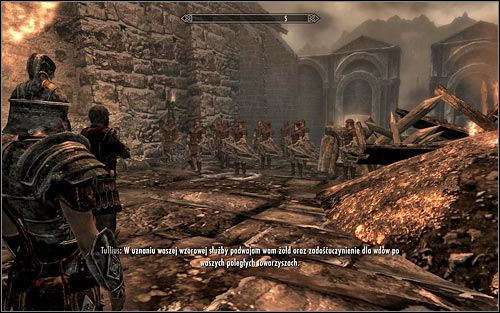 If you want to listen to Tullius's speech, leave the palace (the above screen). Don't worry that the city is currently in ruins, because you haven't blocked the possibility of doing other quests associated with this location. Return to Windhelm after a few days, and it should be rebuild and the streets filled with citizens again. Congratulations!