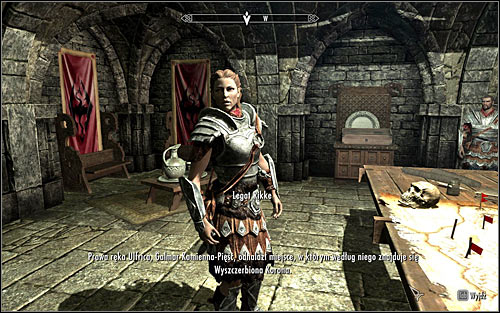 Go back to Castle Dour in Solitude. As usual, you can choose between listening to what the people in the room are talking about, or initiate dialogue with Legate Rikke at once (the above screen). She will tell you that a unit under her command is preparing to set off for a place that supposedly holds the titular Jagged Crown. The Legion wants to claim the Crown before it falls into the Stormcloaks' hands. Rikke suggests that you meet her near the ruins of Korvanjund. 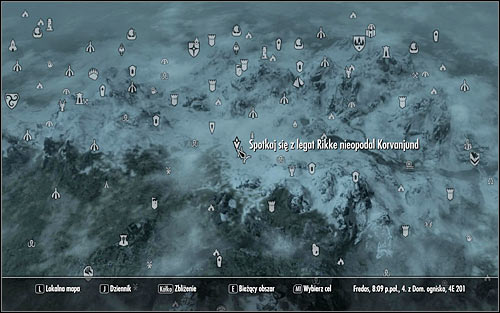 Leave the castle and open the world map. Notice that your destination isn't located directly in Korvanjund, but some distance away (the above screen). Consequently, I don't recommend using Fast Travel (if you have been there before), but go on foot instead. The ruins lie in the central part of the map, and you can travel there from Windhelm (go west) or Whiterun (go northeast). 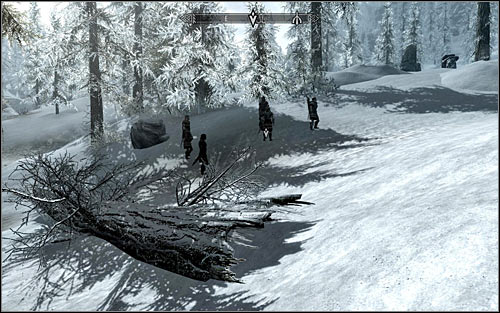 When you reach the location, look around for the unit led by Rikke (the above screen) and join it. It's worth mentioning that if you worked with Hadvar before, you will meet him here. Nothing comes out by talking to him, though. Wait until Legate Rikke approaches you, and in the meantime you'll find out that the Stormcloaks are already here. Confirm your readiness to attack them. 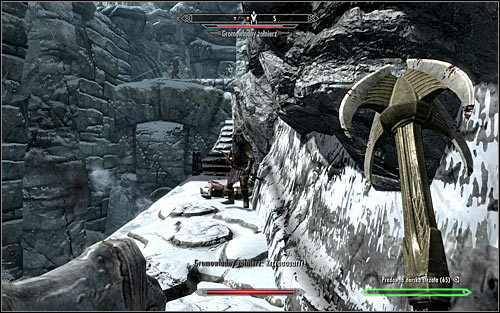 Follow the lead of the Legionnaires until you reach the camp of the Stormcloak soldiers. If your character prefers close combat, you should actively participate in the fight and take out enemy archers first (the above screen). 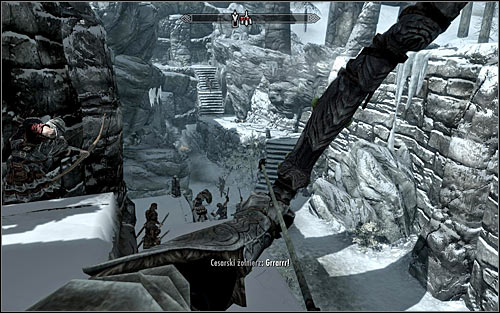 If your character prefers ranged combat, don't use the stairs at all and eliminate enemy soldiers from a safe distance instead (the above screen). 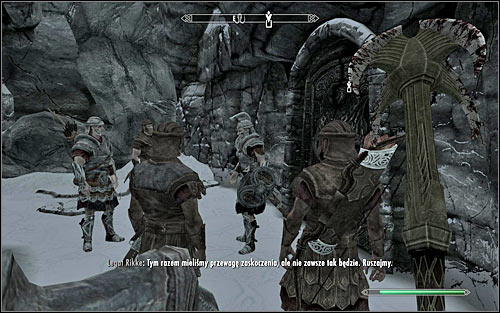 No matter the tactic, remember not to use area-effect weapons, abilities and spells, because there's a high chance you could injure your allies, and as a result they can turn against you. After the battle, run with Rikke and her men to the ruin's entrance. Listen to a short speech (the above screen) and open the door to Korvanjund Temple. 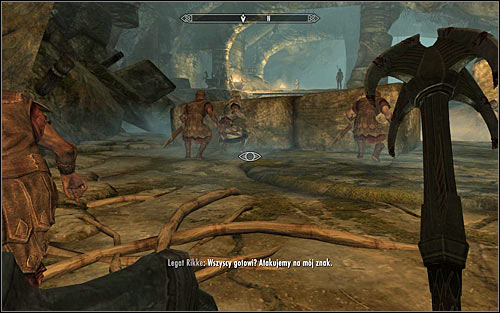 Inside, crouch and join the other Legionnaires (the above screen) until Legate Rikke gives the command to attack the Stormcloak soldiers. Remember to avoid hitting the Imperials when you fight inside the ruins. You don't have to worry that they would fail without you, because Rikke's units should be able to win battles even if your involvement isn't crucial. 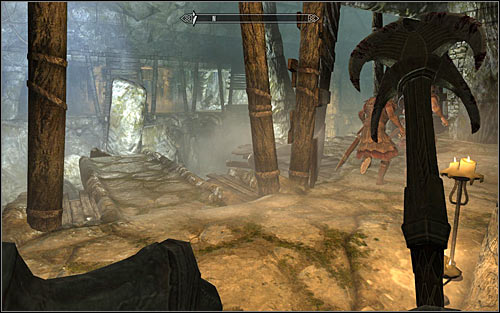 After the battle, wait until Rikke posts two Legionnaires there and follow her. The next battle starts when you reach a larger chamber (the above screen); use the fact that some foes will have to use the stairs to join the main fight. 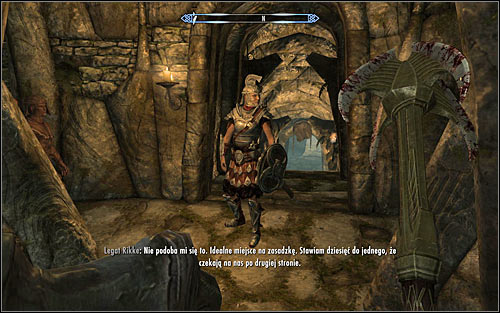 Fight until all Stormcloak soldiers are eliminated and go downstairs. Rikke should stop at the north entrance (the above screen), saying that there is likely a trap in the next room. She suggests finding an alternative path. 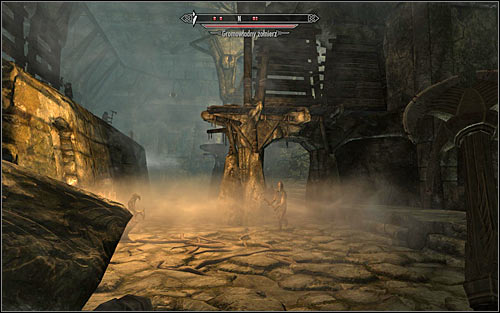 If you feel secure and so far hadn't had any problems with eliminating enemy soldiers, you can ignore Rikke's warning and go north right away. Her assumptions about the trap prove to be correct (the above screen) and you'll probably have the most trouble with the archers, which are not easy to reach. Luckily, your allies will join you in a moment, so you don't have worry about fighting them all by yourself. 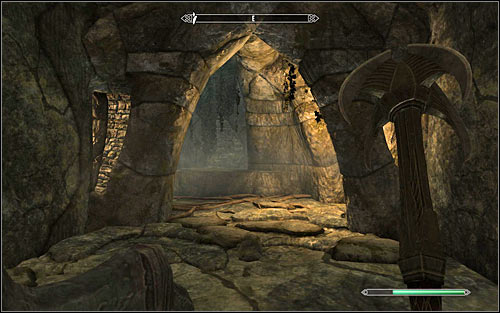 It's much better to follow Rikke's counsel and look for an alternative path. Return to the stairs and once upstairs, go east (the above screen). This way, you will go around the whole place where the previous battle has been fought, and reach a corridor that leads to the adjoining room. 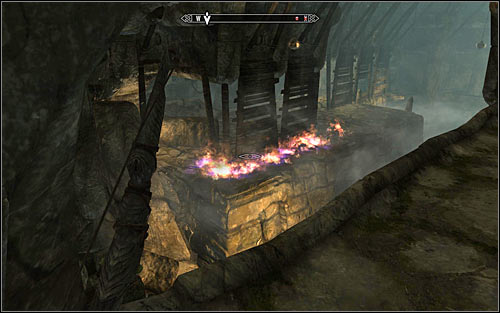 Crouching, go into the northern room. You should see that two archers are occupying the balcony to the south-west, so it's best to get rid of them by aiming at the lamps above them. Once they fall to the ground, they'll cause a fire right where the archers are standing (the above screen). Depending on your playing style, stay on the upper balcony or jump down and help the Imperials eliminate all enemy units.