Quest guides contain, most of all, information on how to complete main and optional tasks as well as accurate instructions concerning the more and less complex battles. In the latter case the battles are divided into those which main objective is to maintain control over the chosen location, and those which require taking over a strategically important location from the enemy. The guides are filled with high quality pictures and battle maps, which show, among other things, vital buildings and routes leading to destination points.

You will probably hear about the Civil War in Skyrim for the first time in the early stages of the game; specifically, during the Before the Storm quest. At the end of that assignment you can get an invitation from Hadvar or Ralof to join the Imperial Legion of the Stormcloak Rebellion. Luckily, you don't have worry that who you worked with at the beginning of the game will have an effect on your future relations with the two factions. The same applies to the Civil War itself, because without your involvement no crucial decision will be made, and the fighting sides will occupy the same strongholds and other strategic locations all the time. What is more, working for one faction and completing a few initial quests for them will still leave the door open for changing your decisions. The final and irreversible decision on the choice of an ally you need to make at the end of The Jagged Crown quest (mutual to both factions.) 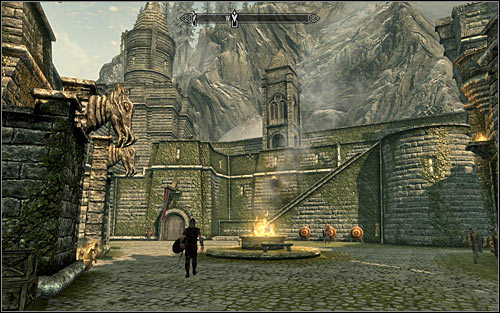 The Imperial Legion has its headquarters in Castle Dour in Solitude (the above screen), with General Tullius in charge. The most important locations under its control are Markarth, Whiterun, Morthal, Falkret and Riverwood. If you want to join the Legion, go to the Imperial Legion Quests section. 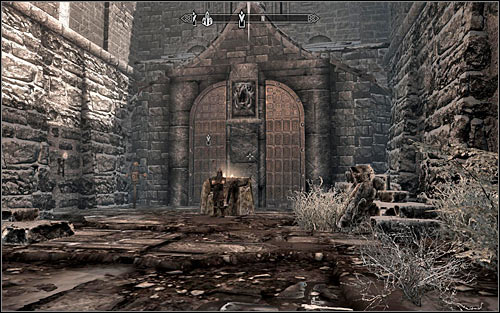 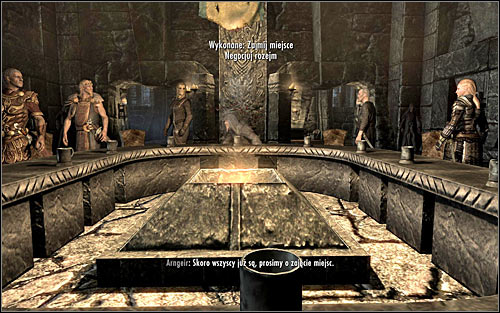 As I mentioned before, nothing crucial has any right to happen as far as the Civil War is concerned until you alone decide to join one of the hostile factions. The only exception is the game's main quest given in the advanced stage of the campaign, called The Fallen. One of the steps of this quest requires going to the Jarl of Whiterun to ask him for help in imprisoning a dragon, and if he refuses, you will be forced to break negotiations (the above screen) which are a part of another main quest - Season Unending. If you haven't taken an interest in the Civil War quests up to that point, the game will force you, for the first time, to take steps favoring one of the fighting sides and hurting the other. For more details on this matter, refer to the guide describing the main game storyline.

To sum up, it's better to start the Civil War quests before taking The Fallen, so as not to miss any excitements. If you have already completed this quest, take into account that the way the Civil War goes may be somewhat changed. On the other hand, I don't recommend getting involved in the Civil War too early, because it's better to have a character that has already gained some experience and battle skills. I suggest to take an interest in the Civil War after completing the Dragon Rising or The Way of the Voice main quests (better exploration and a larger variety of available Dragon Shouts.)