On this page of our guide to The Elder Scrolls V: Skyrim we have prepared a detailed description of Find Finn's Lute side quest. It's one of the quests offered by The Bards College. You have to explore Stony Creek Cave, which is a Bandit hideout. The Lute is stored in a chest located in aforementioned hideout. 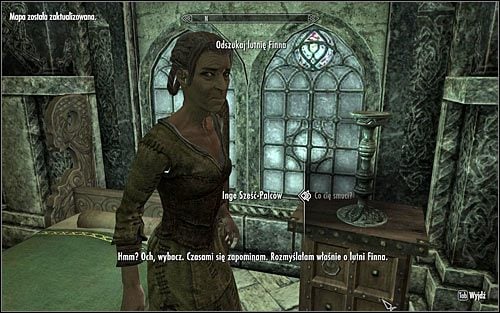 Head to The Bards College in Solitude and find Inge Six-Fingers (screen above). The woman will tell you of a burglary from a year ago. The thieves have stolen, inter alia, Finn's Lute. Inge will want you to recover this precious item and will give you the location of the Bandits' current hideout. 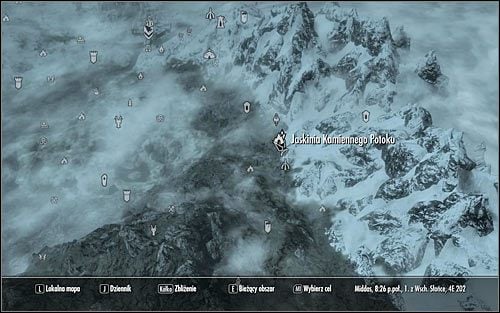 Head out of the college, open the world map and plan your journey to Stony Creek Cave (screen above). It can be found in the eastern part of Skyrim and if you haven't unlocked it yet, it would be best to start at Windhelm and head south-east, eventually turning east. 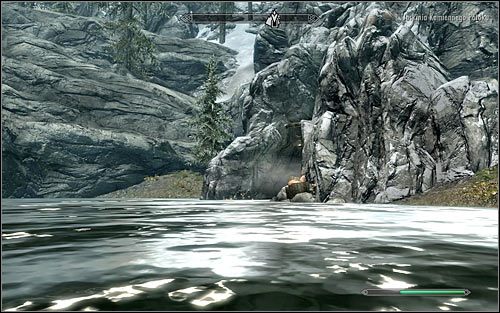 The cave entrance can be found in a rather untypical place, as in order to reach it you have to jump into a small pond and swim to it (screen above). After reaching the new area, swim towards the body and use the platforms on the right side. Afterwards you can proceed into the Bandit hideout. 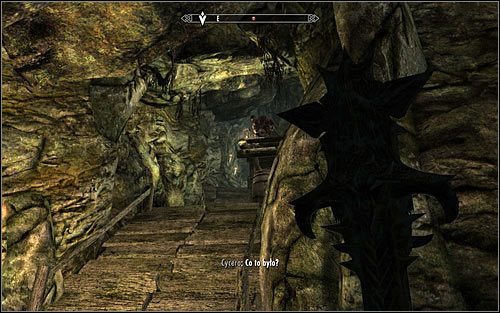 Be careful after reaching the first intersection, choose the corridor going south-east (screen above) and defeat the Bandit there. You need to keep in mind that more enemies are prone to appear here. Especially look out while fighting the Bandit Plunderer, as he will probably be capable of using magic. 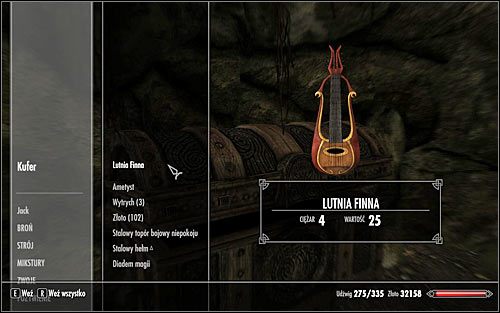 After the battle, follow the narrow corridor going north-east and look out as there might be a trap activated by pulling a rope. After reaching a small room, look around for a chest with, inter alia, Finn's Lute (screen above). Afterwards you either continue exploring the hideout (northern room with a waterfall) or head back to the exit. Return to The Bards College to return the item to the quest giver. Inge won't have any material prize for you, But will increase all six thief skills by 1 point (Alchemy, Light Armor, Lockpicking, Pickpocket, Speech and Sneak).