On this page of our guide to The Elder Scrolls V: Skyrim we have prepared a detailed description of Find Rjorn's Drum side quest. It's one of side quests offered by The Bards College. The drum can be found in Halldir's Cairn. It's a vast dungeon, full of ghosts and draugrs. Defeat all monsters, then loot the chest marked by the game to get the item. 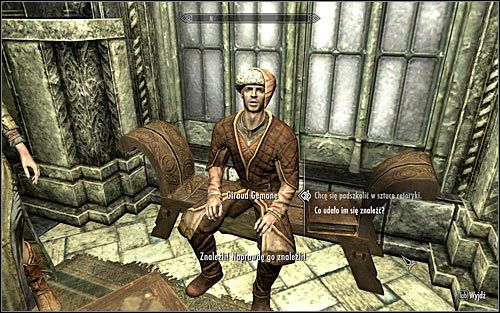 Head to The Bards College in Solitude and find Giraud Gemane (screen above). Speak to him to learn that Giraud has learned where the title Rjorn's Drum - an item very precious for the Bards - can be found. As it's a place currently occupied by monsters, you will be asked to obtain it and bring back to the College. 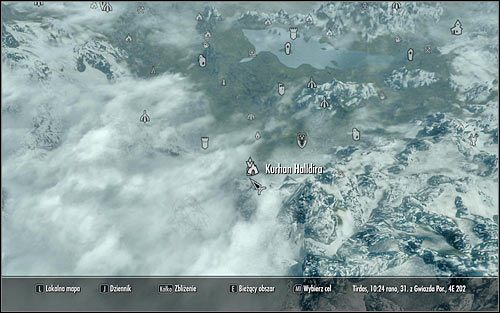 Head out of the College, open the world map and plan your journey to Halldir's Cairn (screen above). It can be found in the southern part of Skyrim and in case you haven't found it yet, it's best to start at the nearby Falkreath. Head out the town and go south-west, eventually turning south. Reaching the cave shouldn't take you too much time. 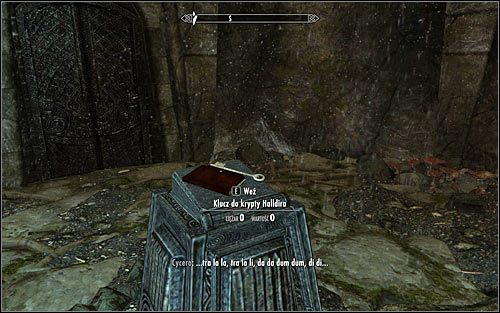 Start exploring the cave. Ignore the starting destination point, as it's above you and it will be hard to reach. Look around the first big grotto for the Key to Halldir's Crypt (screen above) and optionally read Agrius' Journal. Afterwards you can use the key to open the door in the distance. Head south and go up the stairs onto the upper level. 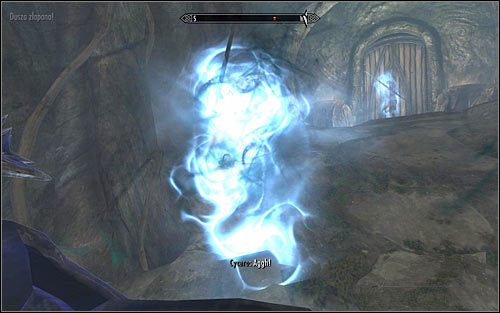 Once again go south and afterwards west. From now on you will regularly come across Ghosts (screen above) and you don't have to modify your tactic in any way, so use standard weapons and most common spells. It's however worth to notice that some Ghosts are clearly stronger and you should take care of them at the end of each battle. After the first battle, once again use the recently obtained key to open the nearby door. 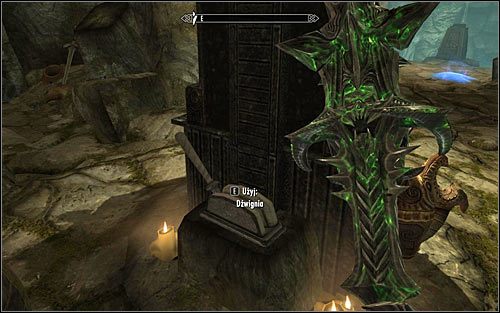 Attack the new group of Ghosts and look out not to accidentally stand on the pressure plate which activates a spike trap. Head west, where you will be additionally attacked by Draugrs. Eliminate the monsters and turn north. One of the Draugrs will be resting on a throne and you should attack him before he can join the fight. As you have probably noticed, access to the further part of the Cairn is protected by bars. The problem can be luckily easily solved by interacting with the lever behind the throne (screen above). 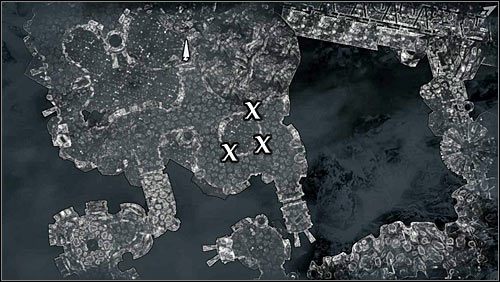 After reaching the next area, deal with more Ghosts. Temporarily ignore the new lever and move to solving the puzzle. There are three pillars in the area, the locations of which have been marked on the map above. You need to interact with each of them, therefore causing it to show the same symbol as the plate hanging from the opposite wall (turn around and look up to see it). 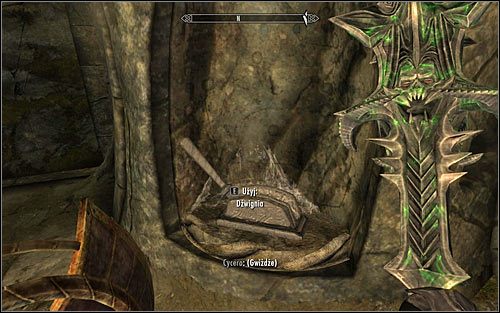 Only after arranging the three pillars properly return to the lever mentioned above (screen above) and use it to unlock the northern corridor. Follow the only possible path and be ready to fight more Ghosts. There's also a chest in the area, though it's protected by traps (a line and fire trap activated by opening the chest). Once again follow the northern corridor and afterwards turn east. Save your game before heading into the big room, as you're in for the final battle of this quest. 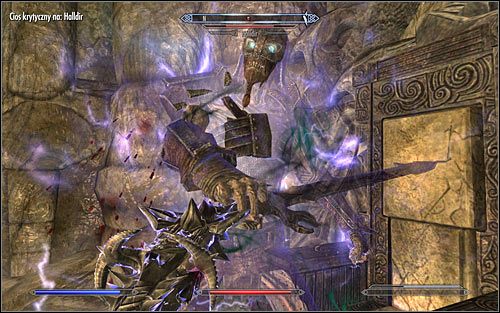 Begin attacking the Draugr Scourge who will appear in front of you. Eventually it will disappear and be replaced by a few types of Halldir (screen above). It's worth to neutralize the ghosts one after another and try to avoid being attacked by several of them at once. Make sure your party member is inside before closing the grate, as otherwise you will be on your own. 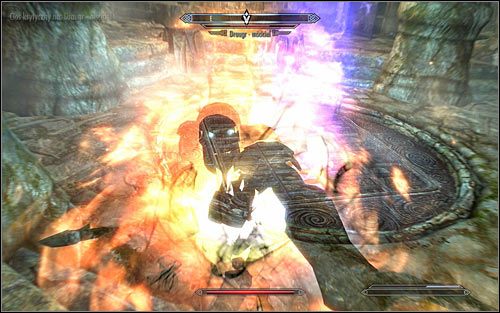 Attack the Draugr Scourge only after taking care of all of Halldir's copies (screen above). I'd recommend increasing your elemental resistance or use protective spells, as otherwise you might die quite easily. In addition you should use the local pillars as cover, especially if you character prefers ranged attacks. 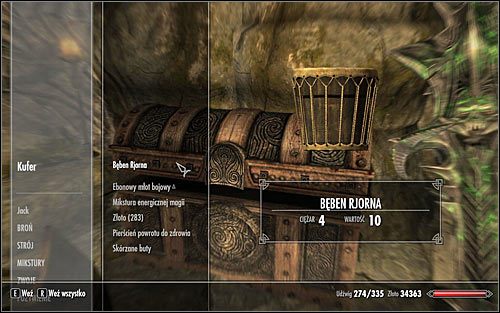 Keep fighting until you defeat the Draugr. Afterwards you will be able to take a look around the room and take Rjorn's Drum from the chest marked by the game (screen above). Open the wooden hatch in the middle of the room and start jumping down along the wooden platforms. Return to The Bards College to return the Drum. Giraud won't have any material prize for you, BUT will raise all six warrior skills by 1 point (Block, Archery, One-handed, Two-handed, Heavy Armor and Smithing).