On this page of our guide to TES V: Skyrim you will find a detailed walkthrough of the first part of Tending the Flames quest. It's one of the side quests offered by The Bards College. You have to explore Dead Men's Respite in order to find King Olaf's Verse. It's a vast and complex dungeon which is full of draugrs and spiders. 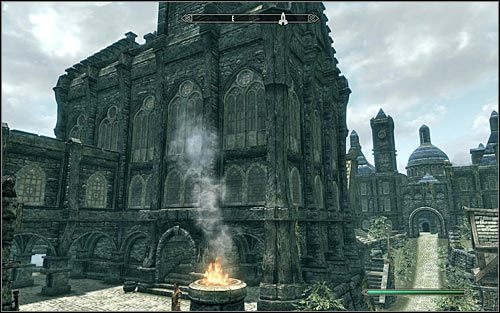 You can learn of the college from any bard met throughout Skyrim, for example from Lisette in The Winking Skeever in Solitude. You can ask the bard of choice about the location of the College and how to join it or head there on your own by skipping this step. The Bards College can be found in the eastern part of Solitude and it's one of the biggest buildings in the city (screen above). Head inside and wait for the headmaster - Viarmo - to approach you. Confirm the will of joining the College and you will receive a mission of retrieving King Olaf's Verse. 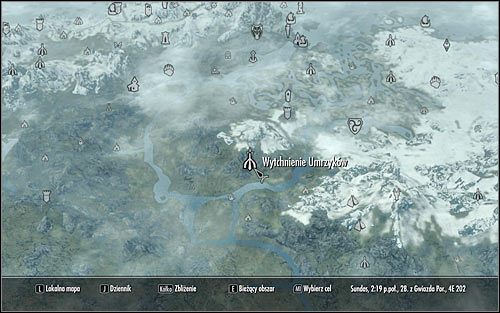 Head out of the College, open the world map and find Dead Men's Respite (screen above). It's located south of Solitude, but you can get there faster by beginning at Morthal or Rorikstead. It's best to approach it from the south-east. Find the crypt entrance and head inside. 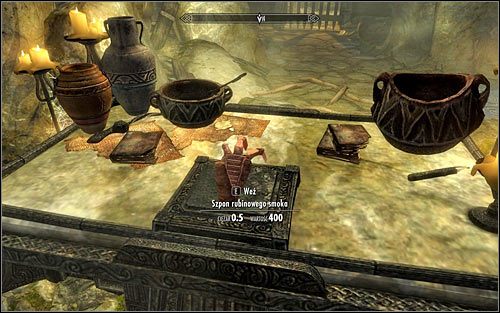 Go north. Ignore the ghost of Svaknir the bard and take the Ruby Dragon Claw (screen above) from the pedestal, which should raise the grate in the distance and wake up the nearby Draugrs. Defeating them shouldn't be difficult, especially that they will be of weaker kinds. Afterwards use the newly unlocked northern passage, avoiding a pressure plate that would activate a spiked trap. 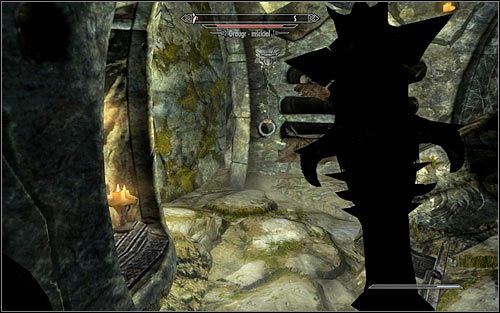 Follow the linear corridors and you will reach a chain. Pull it to unlock the northern catacombs. Look out for the Frostbite Spiders and look around the north-west part of the catacombs for a second chain (screen above). Pulling this one will open a couple nearby passages and cause new Draugrs to appear, including a very strong Draugr Scourge. The monster should be a warrior, so try keeping him at distance or block his attack often. 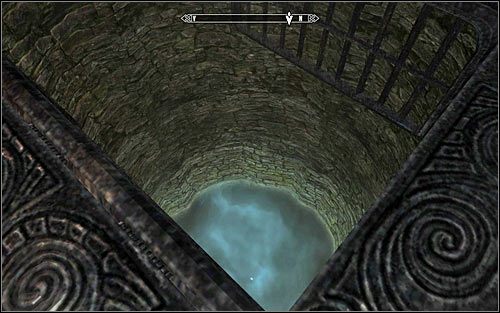 Depending on your liking, you can explore the eastern part of the catacombs or use the recently unlocked northern corridor. Avoid another trap by the stairs, this time activating flames. After reaching a bigger room you will have to deal with new Frostbite Spiders and afterwards pull a lever, therefore opening a grate in the floor (screen above). Jump own, landing in water. Swim to the surface and continue exploring the ruins by choosing the partially flooded eastern corridor. 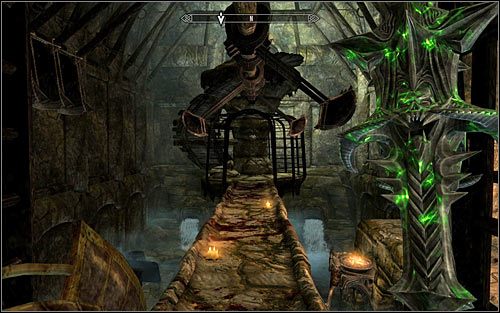 Inside the next room you will need to fight some Draugrs and you should especially look out for those who can use spells. Afterwards examine the southern part of the room, finding stairs leading onto the upper balconies. Upstairs, open the northern gate and stop by the trap with swinging blades (screen above). Depending on your liking, you can either slowly move between the blades or use Whirlwind Sprint. After reaching the other side of the corridor, pull the chain so that your party member can safely join you. 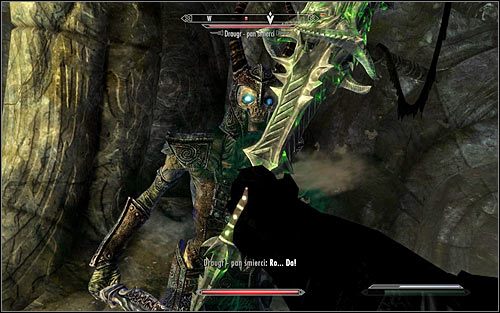 Head onto the upper level and you will reach a big gate. Turn west and ignore the sealed door as you will return to them later on. Instead, prepare to fight the nearby Draugr Deathlord (screen above). Try attacking him from a distance, as his direct attack can deal large damage and you would have to either dodge or block them. After the fight, search its body and follow the corridor leading north. 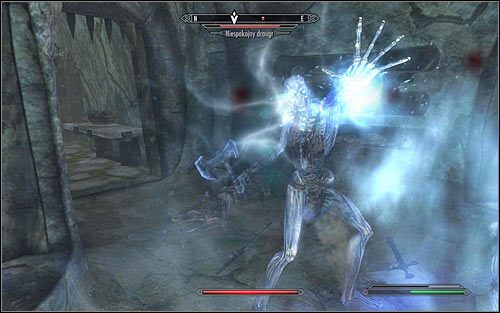 It's worth to look around the area, especially the locked northern room in which you will find a highly secured chest. After exploring this part of the crypt, save your game and head into the western room. Note that the passage has closed behind you. Be ready to fight more Draugrs that will run out of the side rooms (screen above). Try eliminating the undead enemies fast, so that they can't surround you. 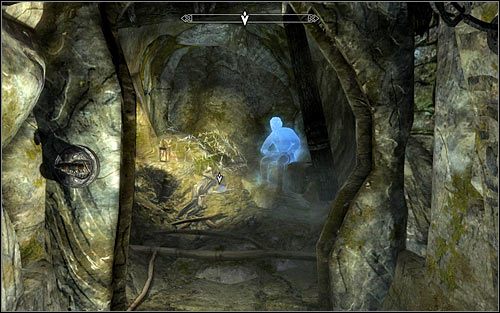 After the fight, look around for yet another chest and pull the chain to gain access to a set of downward stairs. Go down and follow the only possible corridor. Interact with the left lever to unlock the room with King Olaf's Verse (screen above). Once again ignore the ghost of Svaknir the bard and collect the document from the ground.