This page of our guide to the TES V: Skyrim offers a detailed walkthrough of The Golden Claw side quest. We have included various options of beginning this task. You have to get to the Bleak Falls Barrow in order to retrieve the artifact. In the dungeon, you will have to fight with draugrs and a mini-boss - Giant Frostbite Spider. 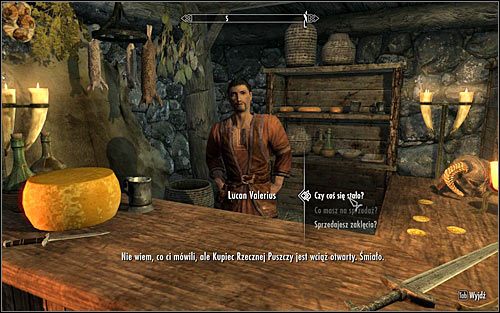 This quest can be activated in two ways. The first method is speaking to the official quest giver. For that, head to Riverwood and find Riverwood Trader. Enter the building to witness a quarrel between Camilla Valerius and Lucan Valerius. Afterwards approach Lucan and speak to him offering help in solving the problem (screen above). The man will tell you of the Golden Claw being stolen and of his suspicions that the thieves can be probably found at Bleak Falls Barrow. Notice! If Lucan is dead for any reason, you can still receive this quest from Camilla Valerius. 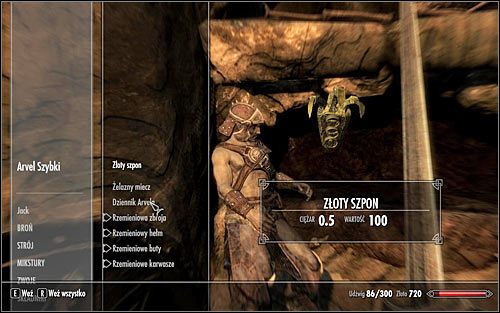 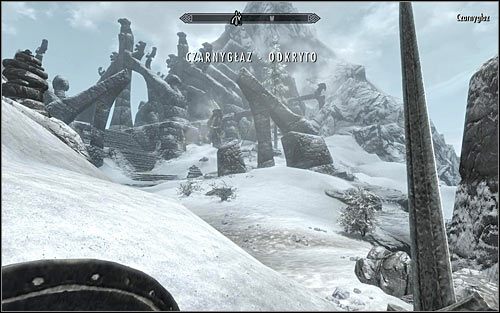 The first step is of course reaching Bleak Falls Barrow which is described in the walkthrough of Bleak Falls Barrow. If you have been there already, you can of course use fast travel. After reaching the destination (screen above), you will need to deal with a group of Bandits, though it shouldn't be too hard. Make sure the enemies are dead and find the gate leading to Bleak Falls Temple. 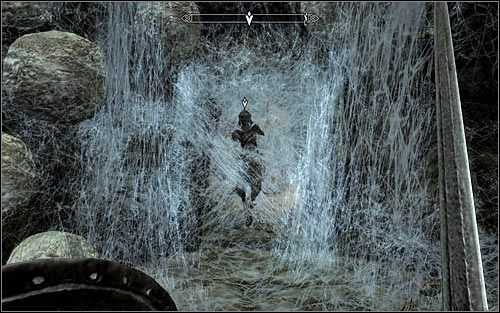 Further actions are available after reaching the room in which you have to defeat the Giant Frostbite Spider. After the battle approach the man imprisoned by the spider, namely Arvel the Swift (screen above). Speak to him and Arvel will promise to share what he knows about the artifact in return for rescuing him. In order to free Arvel, you have to destroy the spider-webs by using melee weapons or magic. Afterwards Arvel will run off, probably not willing to share the treasure with you. 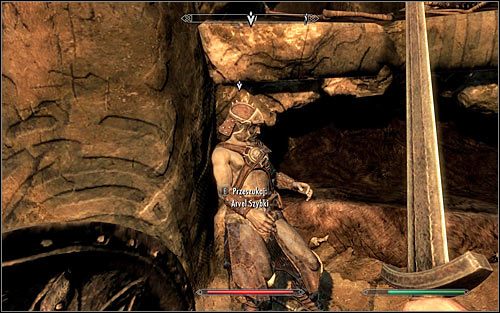 The refugee can be found in the next room, after the first fight with Draugrs. Look for the corpse of Arvel the Swift, who apparently wasn't able to run away safely (screen above). Take The Golden Claw and Arvel's Journal. 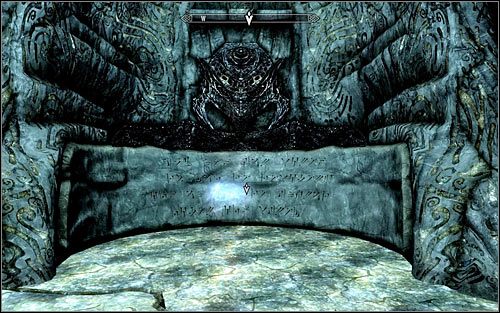 In order to discover the secret of Bleak Falls, you will need to reach the large cave at Bleak Falls Sanctum, the last room of the underground structure. Head towards the main altar and approach the Word Wall (screen above), thanks to which you will most probably learn the first Word of Power - Force, Unrelenting Force. 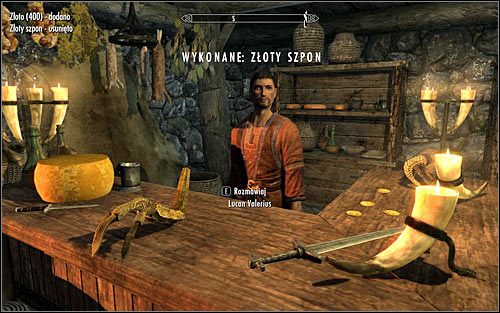 You can finish this quest after getting out of Bleak Falls Burrow. Head back to Riverwood Trader and speak to Lucan or Camilla. In return for brining the Golden Claw, you will be rewarded with gold (screen above).