This page of our guide to The Elder Scrolls V: Skyrim contains a detailed description of Silenced Tongues side mission. You will have to visit the Tomb of Volunruud which contains very valuable treasures. Of course, you will have to defeat many monsters on your way to the treasures, including a mini-boss - Kvenel. 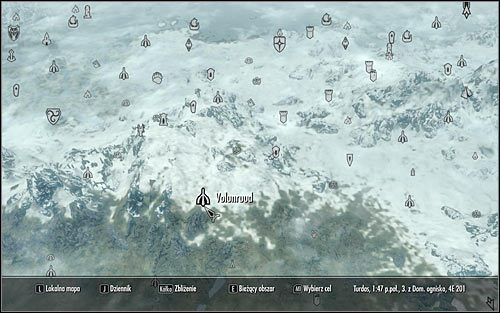 Open the world map and head to Volunruud, located in the middle part of Skyrim (screen above). Assuming you haven't yet discovered it (it's connected with the Dark Brotherhood quests), it's worth to begin at Whiterun and head north. 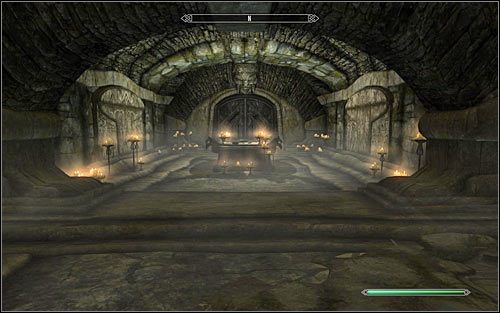 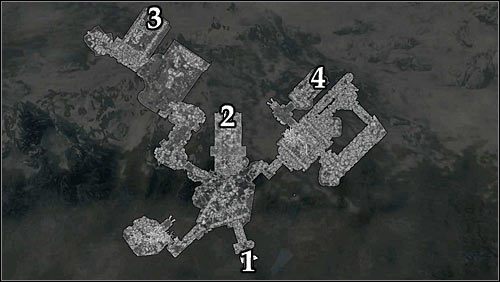 This quest doesn't activate automatically, so you will have to do it on your own. After reaching the destination, head inside and go north, crossing the big room serving as a hub, to which you will return several times. You need to reach the locked door seen in the screen above, trying to open them will activate this quest. Of course nothing stands in the way of heading to the door after finding the ceremonial weapons, though you wouldn't be able to use the in-game markings that way. 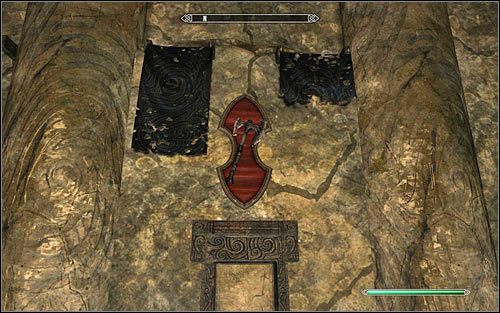 You need to find two weapons. Start off by returning to the southern room. You can collect them in any order you like, but to keep a certain order I'd recommend starting with the corridor going north-west. Start fighting the Draugrs, slashing through them into a room in which a Draugr Scourge is sitting on a throne (screen above). Fight this mini-boss along with the other undead and afterwards take the Ceremonial Axe from the wall above the throne. 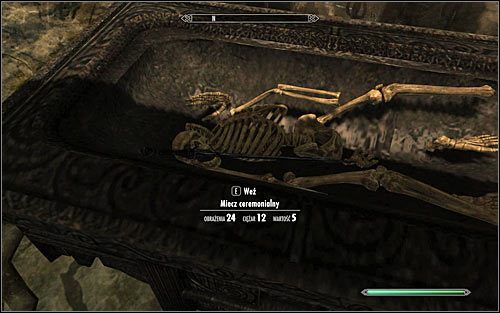 Return to the main southern room and for a change choose the corridor going north-east. Also in this case you will have to fight some Draugrs. Go through the bigger room and you will reach the upper balconies. Turn right after reaching the skull altar, reaching a northernmost room. The item you're looking for is the Ceremonial Sword, found inside an open sarcophagus (screen above). 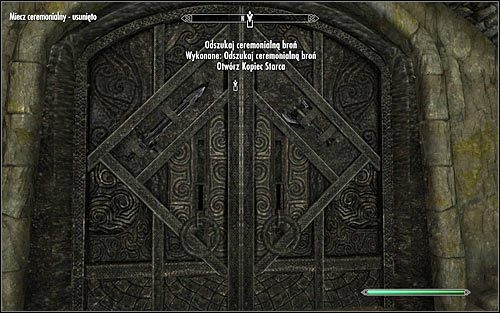 Return to the main room for the last time and head north once again, towards the locked door which began this quest. Interact with them to put the ceremonial weapons in the corresponding slots (screen above). Afterwards open the door to Elder's Cairn and continue the exploration. 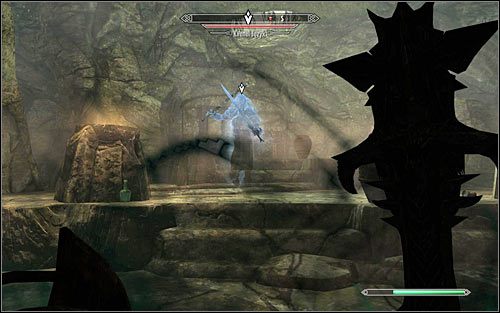 Keep heading north, eliminating weaker Draugrs on your way. Afterwards turn east and save your game, as you're about to fight a boss. Your enemy is Kvenel the Tongue (screen above) and as he's most of all a great warrior, it would be best to keep him at distance, ignoring his transformations and using your favourite weapons and spells. Don't worry about the magic creatures that he summons, as they will die with him. You should however look out for the Draugrs, which you should kill in the meantime. In this case the most difficult will be the Draugr Scourge. 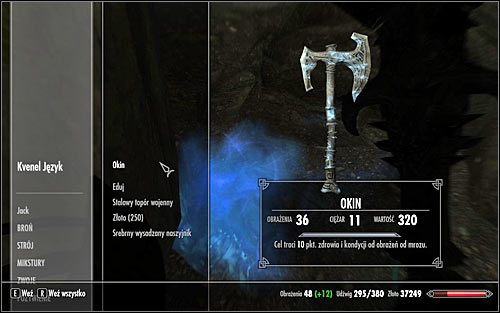 Keep fighting until you kill Kvenel and examine his corpse after the battle. You should find two great weapons which deal ice damage and let you drain enemy health and stamina, namely Okin and Eduj (screen above). There's also a possibility that one of these weapons will get destroyed as the boss dies and you have to deal with it or reload a save and try again. Before leaving this place, be sure to look after a treasure chest and a Word Wall which will let you learn the Word of Power - Seek, Aura Whisper.