On this page of our guide to TES V: Skyrim we have prepared a detailed description of the first part of the Forbidden Legend side quest. This mission consists of a number of smaller tasks, during which you have to investigate the Gauldur legend and visit the Folgunthur ruins to find an amulet fragment. There are many enemies to defeat like Draugrs, undead and a mini-boss - Mikrul.

There are a few ways of starting this quest. The easiest is heading to the Jarl's library in Dragonsreach (northern part of Whiterun) and reading the popular book Lost Legends which can also be found in other, random locations. Another method is heading to Saarthal and finding the note held by a powerful boss or going to Reachwater Rock and reading the documents found there. 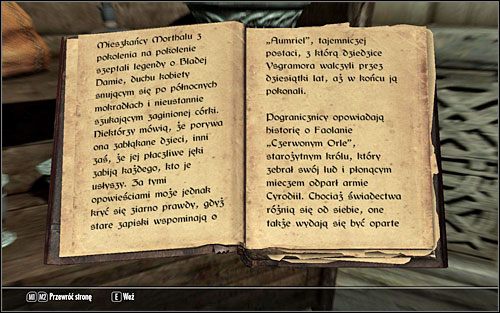 If none of these methods satisfies you, you can always head to Folgunthur (south-east of Solitude, in the marshes) and there, by the body of a man, find the useful notes. Regardless of which you method you choose, you will eventually learn the legend of the mage Gauldur and what happened to him.

Notice! This mission consists of multiple lesser subquests which you can complete in any order you like. The guide includes one option, though you of course don't need to follow it - only the order will change, but not the content itself. Therefore you shouldn't get lost at any point.

After reading the Lost Legends, the location known as Folgunthur will be marked on your map. It's best to head south-east of East Empire Company. When your reach your destination, it will turn out that a group of adventurers have made a camp beside the ruins. Enter it to find it completely deserted and the campfire long extinguished. 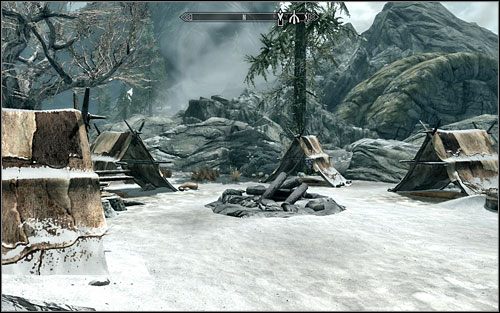 Search the tents to find Daynas Valen's Journal in one of them - in accordance with the notes, the man is a researcher willing to investigate the history of Gauldur. Before heading to Folgunthur, he hired a few mercenaries and obtained the claw - a key needed to open the door inside the catacomb.

Head inside the dungeon. Inside the corridor there's a pressure trap and some gold. Inside the room you will find a puzzle and movable panels with images of animals - you can solve it to open the side panel with a treasure inside, but it's pretty much useless, as when only you obtain the Ivory Dragon Claw (see further), all the doors will become unlocked. 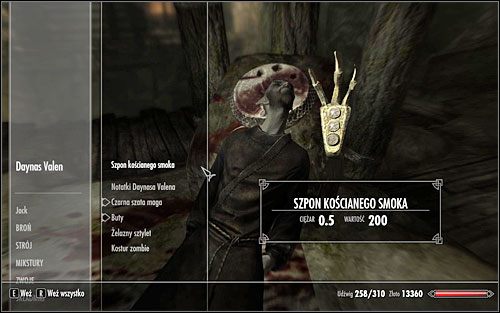 Move onwards and be ready to fight a couple Draugrs and encounter more traps. Having dealt with those obstacles, head onto the upper floor and find the body of Daynas Volen. Search it to find the Ivory Dragon Claw and Daynas Valen's Notes.

From the information gathered by the scientist it seems that Gauldur was murdered by his sons, who were jealous of his power. After committing the crime, the men split their father's amulet into three pieces and scattered throughout the land. Eventually they were all caught by the guards and locked in three ancient dungeons. 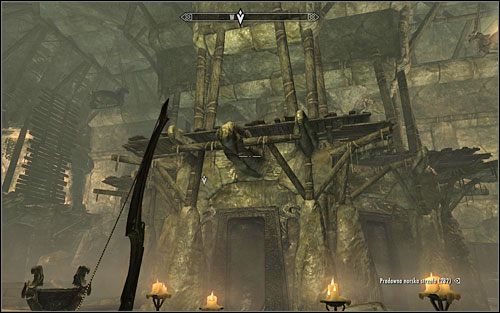 The first son of Gauldur can be found in Folgunthur, the second in Saarthal and the third in Geirmund's Hall. In order to reforge the amulet, you will have to go to all three and find the pieces of the ancient artifact.

Put the Claw into the plate beside Daynas - a bridge leading to the further part of the underground will lower, with two Draugrs waiting for you there. After killing them, you can continue onwards. Look out for more undead hiding in the niches on the sides of the room and pressure traps.

In the further part you will come across a few gates and four levers, accordingly opening and locking the doors. The schematic which will let you move on can be seen in the screenshot below - you need to pull the first lever from the left and second from the right. 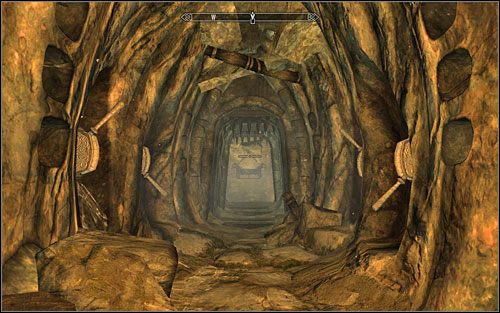 As you move onwards, look out for the falling rocks - they can hurt you really badly. Move to the next room and kill the guarding Draugrs. Turn right and you will reach a room with two undead and three animal pedestals (snake, dolphin and hawk). Head out of the room and pull the lever by the throne on the left. A big mechanism will open the door to the left of the throne.

Behind it there's a slightly more powerful Draugr and a puzzle consisting of three animal figures. You should set them in exactly the same order as in the previous room (i.e. snake, fish, hawk). Afterwards return to the throne room and pull the chain to open a passage to the lower part of the dungeon. 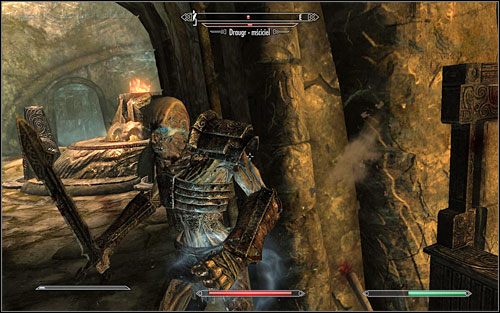 Go down the stairs and be ready to come across two Frostbite Spiders at the end of the corridor. Enter the big room with coffins. The candles will clearly twinkle and the dead will come back to life. You will need to fight six Draugrs - luckily they are rather slow, so you can start attacking them before they manage to pull out their weapons (getting out of their sarcophaguses takes them some time). 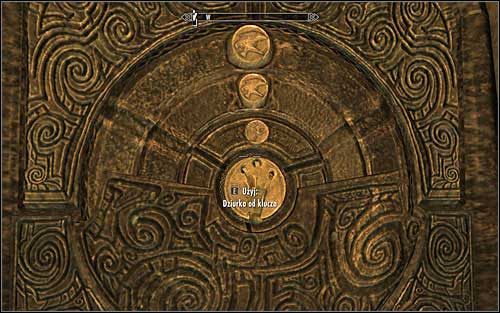 After putting all of them to rest, you will need to solve the puzzle by the door. In accordance with what can be seen on the claw, the correct combination is: hawk, hawk, dragon (screen above). Arrange the rings and put the claw into the hole in the middle of the door. Afterwards enter the Folgunthur Crypt. 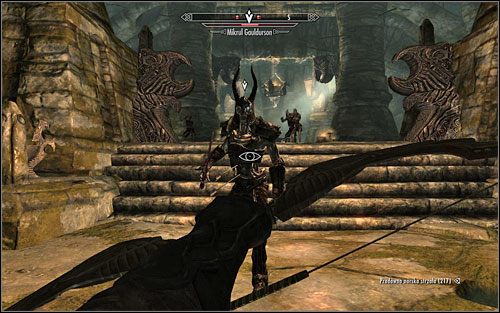 Enter the crypt and be ready for a difficult fight with one of Gauldur's sons - Mikrul. He rests inside a large sarcophagus in the middle of the room and along with him, his undead servants will also return to life. They are really numerous (around ten), though not too strong - the champion will be the one causing you most trouble. He uses a large sword, capable of not only dealing large damage, but also sucking out life with every hit. Therefore the optimal tactic is to keep running away from the enemies and shooting Mikrul from a distance. With the strongest of the Draugrs defeated, all of his servants will die as well. 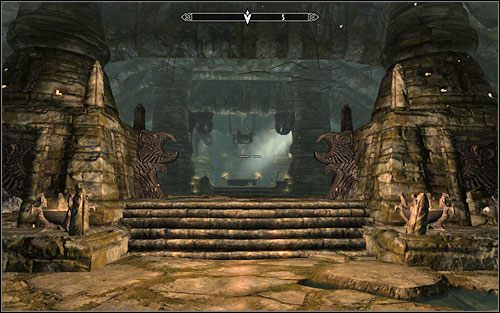 After defeating the enemy, be sure to search his body to find the Gauldur Amulet Fragment (which is also an amulet itself) and the mentioned Sword. With both of them in your inventory, head to the next room and search the chest found there. Afterwards approach the Word Wall to learn the Frost Breath. Having done that, you can head out of the dungeon.