This page of our guide to The Elder Scrolls V: Skyrim contains a detailed walkthrough of Kyne's Sacred Trials side quest. During this quest you have to hunt on three sacred ghosts of wild animals. The last trial consists in defeating three ghosts of trolls. After you kill the last enemy, return to your quest commissioner and receive a reward - Kyne's Blessing, which is an amulet with unique features.

As you travel through Skyrim, you might want to visit the south-west region of Riften. There, you should look for Froki's Shack. Finding it isn't easy, so check the map below. 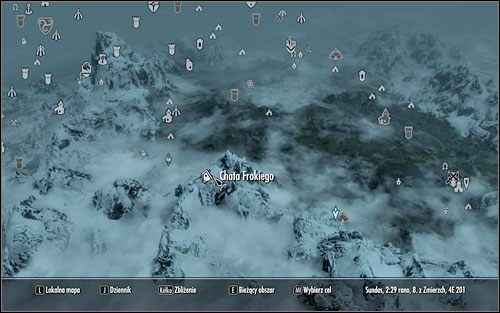 Enter the dwelling and you should see lots of trophies, an old man and a child. Speak to Froki to learn that he believes in the old gods, who are now disrespected. As he's of old age, he would want to pass on their legacy to the younger generation. If you're nice to him, he will offer you to hunt three sacred ghosts: Skeever, Wolf and Mudcrab. By completing this mission, you are sure to learn a lot about hunting. 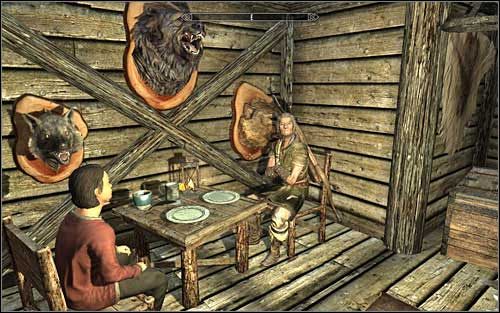 Before heading out of the shack, look around the bookshelves. Between lots of more or less useful items, you will find Vernaccus and Bourlor, a book which can boost your Archery.

All of your targets have been marked on the map (M), so you shouldn't have problems with finding them. The Guardian Skeever can be found at the Windward Ruins, south-west of Dawnstar - he's very weak and can be defeated with a single arrow (screen below). 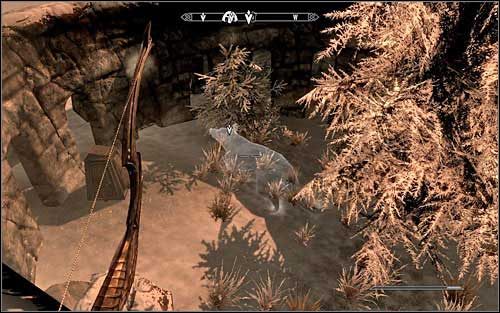 It won't be much different with the Guardian Wolf. You can find him north-east of Falkreath, inside a cave before the lake. This enemy will fall fast as well - you don't even need to try too hard. The Guardian Mudcrab living south-east of Rorikstead is a bit more powerful. It will probably take not one, but two arrows to get rid of him (or alternatively, a couple hits). 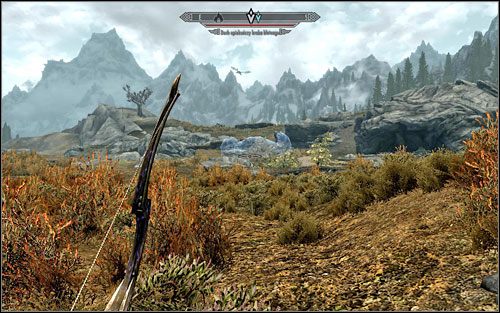 After defeating all three beasts, you should return to Froki and collect your prize. The old man should be quite proud of you - after all, you completed his tasks without any problems.

Head back to the shack and tell Froki of your success. The old man won't be amazed and will order you to kill three more ghosts. Apparently the real challenge is still waiting for you - the first ones were merely a warm-up. 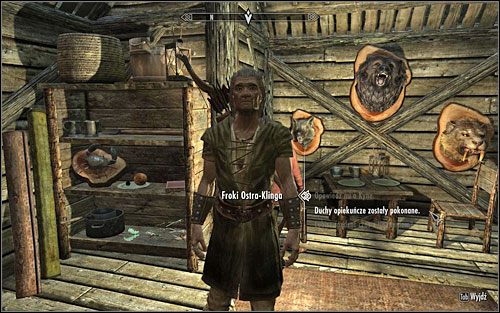 The locations of all the enemies have been marked on the map - just consult it and head to the marked destination. The Sabre Cat can be found south-east of Winterhold, beside Journeyman's Nook. It's best to climb the cliff and shoot the cat from above - it won't have anywhere to run and will die quickly (screen below). 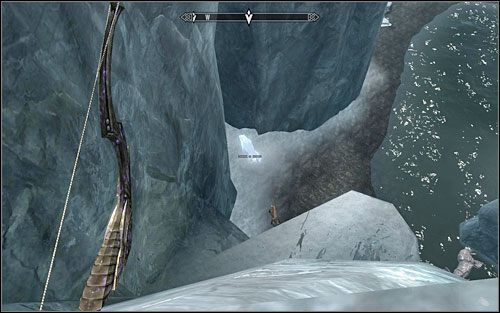 The Guardian Mammoth can be met north of Whiterun - it pastures just like its living brothers. Unfortunately the large elephant didn't choose a good location - he's inside a syncline, with no fast escape route, perfect for an ambush (screen below). Nothing stands in the way of staying at the top of the slope and killing the beast from there - whether using arrows or spells. Physical contact with the mammoth isn't recommended - his attack is very powerful and can kill you in a matter of seconds. 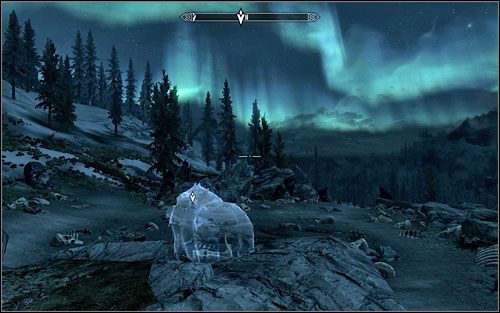 The last beast can be found north-west of Falkreath, right beside the Twilight Sepulcher. The bear isn't any stronger than his living brothers, so fighting him won't be hard at all. Just be sure to attack him fast enough. 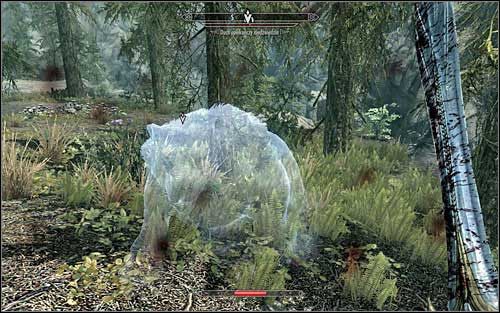 After defeating the three stronger ghosts, return to Froki and tell him of your achievement. He will praise and... give you yet another beast to kill. This time it's the Guardian Troll. It's properly strong, so be sure to equip yourself properly before heading out. 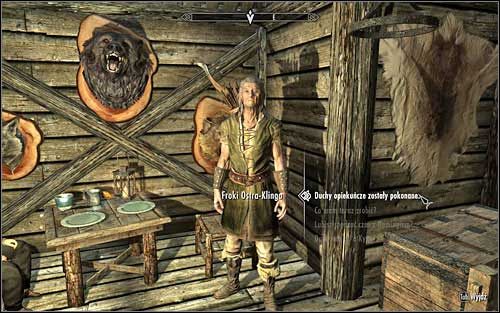 You can find your target between Whiterun and Valtheim Towers, inside Graywinter Watch. Head inside and be ready to fight not one, but three Trolls - apart from the ghost, there will two more, quite alive. Remember that the three-eyed beasts are very vulnerable to fire and use it against them. If you don't have any spells based on fire, try eliminating them silently, one after another (the bow can be especially useful here). If you can't handle them, you can always head out of the cave and regenerate - they won't follow you. 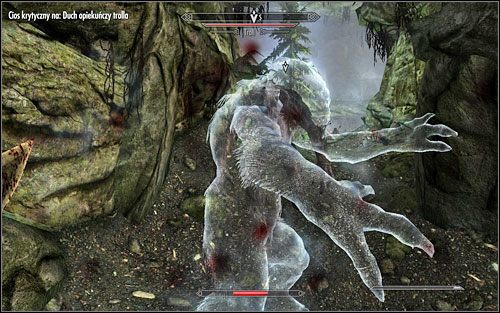 After killing the Trolls, look around the location where you found them. Inside the syncline behind the tree you will find a Bandit camp (they're all dead) and Froki's Bow, worth quite some gold. As you're heading out of the cave, note the beautiful landscape - this location has been clearly created for this purpose.

Having defeated the Trolls, you can return to Froki and tell his that you have passed all of his trials. If you found his Bow inside the cave, show it to him in the first place (you won't be able to do it later on). The man will be so touched that he will let you keep the precious item. Afterwards tell him of the successful hunt to be called his friend and receive Kyne's Blessing (-10% damage taken from wild animals, +5% to archery damage). 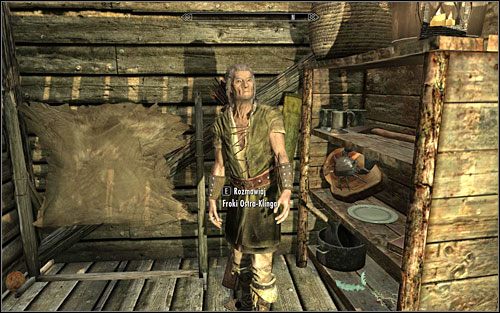 The quest ends here. You have proven that you're the best hunter in all of Skyrim and received the blessing of the goddess of hunters.