This page of our guide to TES V: Skyrim offers a detailed description of The Heart of Dibella side quest. In our walkthrough we have described two alternative ways of beginning this quest. This is a non-linear task because you can steal the Statue of Dibella or decide not to do so. At a later stage of this quest you have to find and identify the Sybil of Dibella. Then, you have to rescue her from the Forsworn, who have tormented and imprisoned her. 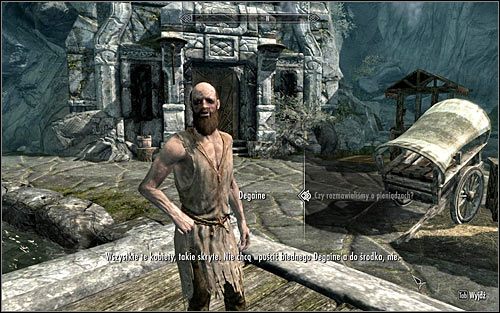 Head to the town of Markarth found in the western part of Skyrim. You can activate this quest in two ways, i.e. by heading straight to the Temple of Dibella or by first completing a little errand.

If you choose the latter option, look around Markath for Degaine (screen above). Depending on the time of day, he might be walking around town or staying inside one of the buildings (inter alia the Silver-Blood Inn). Speak to Degaine. He will tell you of a very precious statue found inside the temple and ask you to steal it, therefore unlocking a mini-quest Miscellaneous: Steal statue of Dibella. 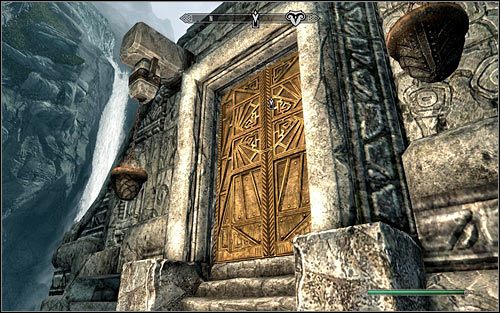 Regardless of whether you decide to steal the statue or not, you need to head to the Temple of Dibella, located on a hill in the middle of Markarth. The entrance is accessible through stairs (screen above) and you shouldn't have problems with reaching it. 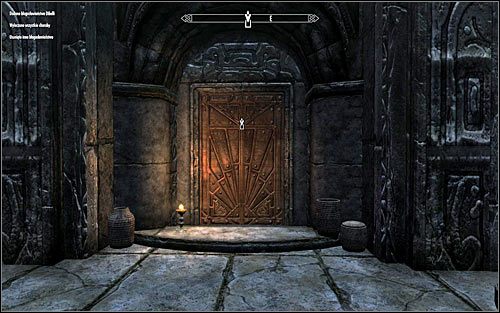 As you enter the temple, priestess Senna should tell you that the other sisters and speaking with Dibella and shouldn't be disturbed at this moment. Ignore this warning and approach the locked door leading to the Inner Sanctum (screen above). You can try picking the lock, though you will need to stay hidden and take into account that the lock is of very good quality. It's much better to steal the key from priestess Senna. Open the door to the Sanctum any way you like, go down the stairs onto the lower level and decide how you want to act. 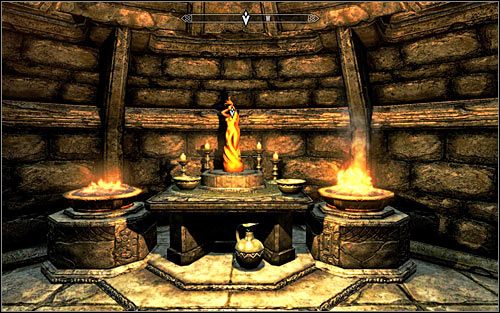 If you plan on fulfilling Degaine's wish, you should crouch and turn left after approaching the room with the priestesses, choosing a weakly lit passage and therefore avoiding them. Head west and go inside the adjoining room, inside of which you will find the Statue of Dibella (screen above). Now return to the Inner Sanctum exit by following the same way, ignoring the priestesses that you pass by (you only have to avoid their leader, Hamal). Return to Degaine and give him the statue to receive gold in return. Head back to the Inner Sanctum to meet with Hamal, the primary quest giver. 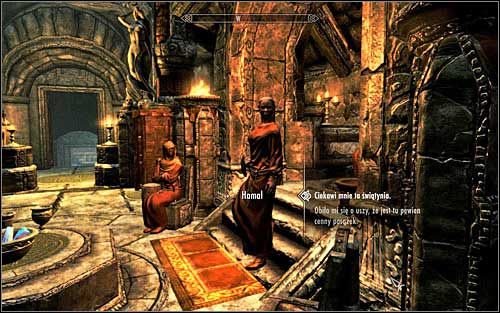 If you don't want to steal the statue for Degaine, if you already stole it and took back to him or were caught red-handed, you will need to speak with sister Hamal in the Sanctum (screen above). Expect a very aggressive response if you're playing as a male character, as only women are allowed into the Sanctum. Regardless of your sex, Hamal won't be pleased by you breaking in. Don't use the aggressive dialogue options, as they would only lead to a fight with the sisters. Instead, agree to complete Hamal's mission which concerns finding and bringing to the temple the new Sybil of Dibella. 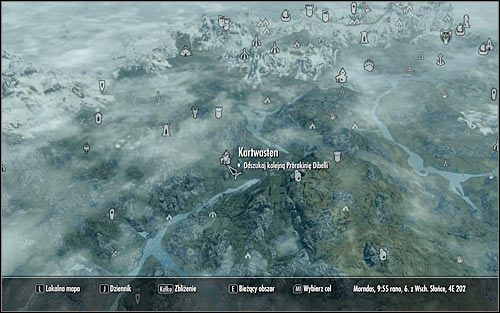 Head out of the Sanctum and afterwards from the Temple of Dibella. Open the world map and locate Karthwasten, which is your current destination (screen above). If you have visited that village already, it would be of course good to use fast travel. Otherwise, you will need to plan your journey and it's best to begin at Markarth and head north-east. 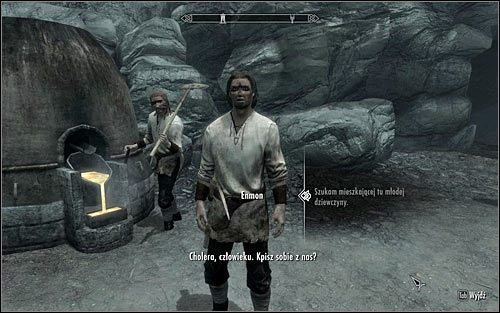 After reaching Karthwasten, find Enmon who during the day should be working by the entrance to the Fenn's Gulch Mine (screen above). Speak to the miner and you will learn that his daughter Fjorta, the newly chosen Sybil of Dibella, has been kidnapped by Forsworn. You can also agree to Enmon following you into their hideout, though don't hope that it will change the course of the quest in any way. 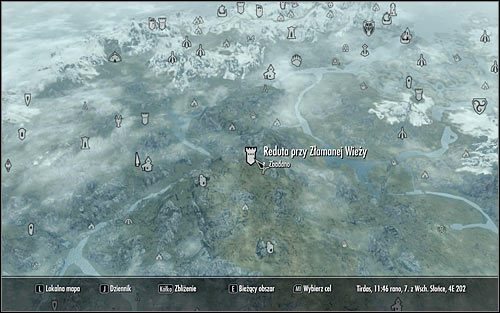 Open the world map and you should see that the Broken Redoubt Tower is east of Karthwasten (screen above). I'd recommend leaving the town following the path east and staying on it till the very end, crossing a small bridge over a river on your way. 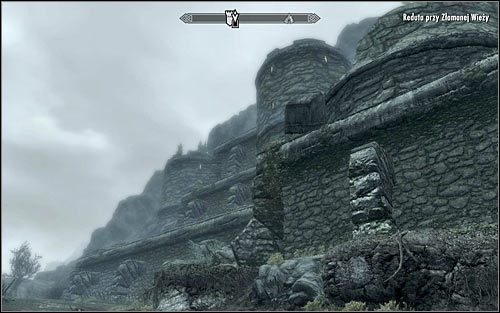 After reaching the ruined keep (screen above), you should start by dealing with the Forsworn outside of it, especially looking out for the archers occupying the upper walls. After securing the area, use the Broken Redoubt Tower entrance marked by the game. Head to the first big room of the keep, in which you will have to eliminate some more Forsworn. Deal with all the enemies and use the southern stairs. 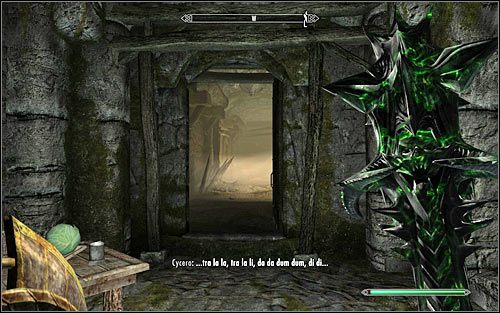 Choose the western corridor (screen above) and be ready for a relatively long journey, as you will be forced to go though pretty much the whole location. Look out for the trap activated by a pressure plate that you come across on your way and be ready to eliminate another group of Forsworn. Cross the oval room and head towards the passage leading east. 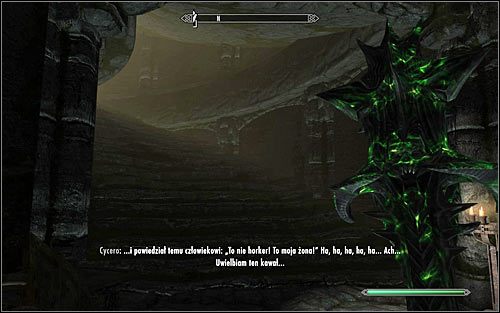 Keep heading east and be ready for more fights with Forsworn. Eventually you should reach the north-east part of the keep. Start climbing, using stairs twice (screen above). after reaching the top floor, find the door marked by the game. By opening it you will be able to reach the roof of the keep. 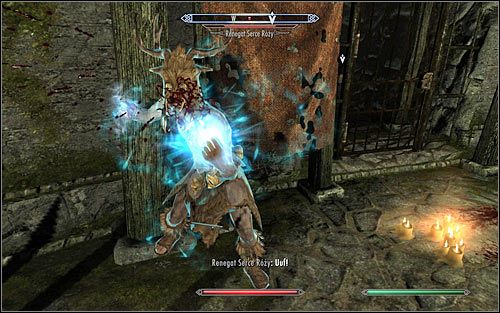 Head west and you will reach an entrance to the neighbouring tower. I'd recommend saving your game here, as you will have to fight a mini-boss in the form of a Forsworn Briarheart (screen above). Look out for his powerful spells, which you can either avoid or block, depending on your tactic of choice. 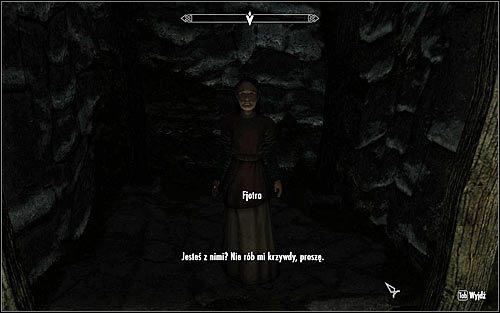 Fjotra is being held inside a cell which you can open with picklocks or by using the key taken from the corpse of the Forsworn Briarheart. Open the cell door and speak to the girl (screen above) to inform has that she has been chosen to be the new Sybil of Dibella. I'd recommend checking out the nearby chest before leaving this location to find a number of precious items. 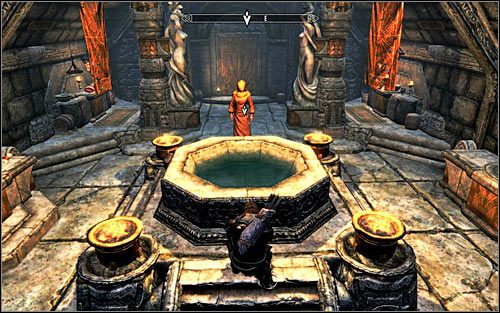 Return onto the roof, open the world map and use fast travel to head back to Markarth. Once again enter the Temple of Dibella and the Inner Sanctum. Find Hamal and tell her of brining the girl. The priestess won't have any material prize for you, though she will let you receive a blessing. Return to the main room of the Temple of Dibella and interact with Dibella's altar (screen above). Apart from a standard blessing, you will also receive the Agent of Dibella, increasing your damage to the opposite sex.