On this page of our guide to The Elder Scrolls V: Skyrim you will find a detailed description of Evil in Waiting side quest. You have to visit ruins of Valthume. Once you get there, explore the tomb. At a later stage of the mission you have to take part in a ritual and defeat Hevnoraak - he is a mini-boss.

Notice! This quest is connected with Dragon Priests Masks, so it's best to complete it while obtaining one of the eight masks needed for the collection. 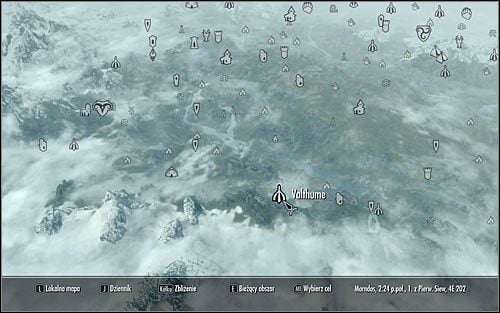 Open the world map and head to the ruins of Valthume, located in the western part of Skyrim (screen above). if you haven't yet discovered that area, it's best to begin at Markarth and head east while staying on the main road. After reaching the destination, find a door leading to Valthume and speak with the ghost of Valdar. The ghost will warn you of the evil lurking in this place, connected with the Dragon Priest Hevnoraak. In the further part of the conversation you will learn of the possibility of defeating him, though it will need some preparations. The first thing you need to do is obtain three magic Vessels. 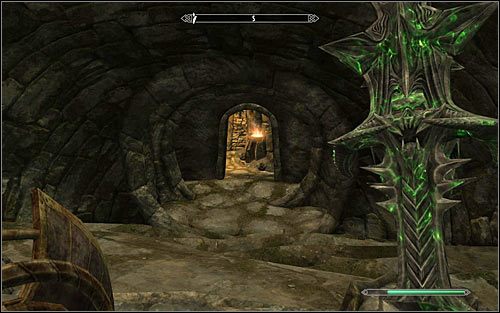 Use the passage unlocked after speaking with Valdar, heading south. Soon you should reach a large gate and you need to open it to reach the main part of Valthume. Head onwards, choosing the narrow southern passage (screen above). Look for traps on your way (you can use some of them for your advantage) and be ready to fight Draugrs often. Unfortunately in most cases they will be the stronger types, i.e. Draugr Wights, Draugr Scourges and Draugr Deathlords. Adapt your tactic depending on whether you're fighting a warrior, archer or mage. 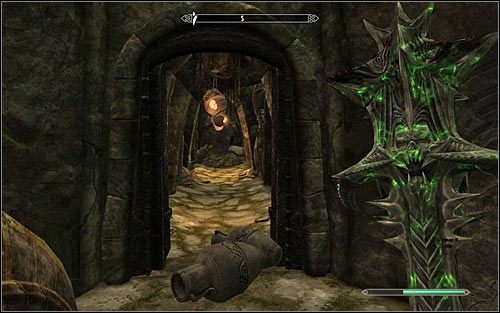 After reaching a bigger room you will have a chance to look around a bit, fighting some more Draugrs and Spiders, or use the southern passage at once (screen above). Look out for the lanterns hanging by the ceiling, as they can cause flames to appear in the nearby corridors upon contact with the ground. You can of course use this against the monsters, though look out not to hurt yourself while you're at it. 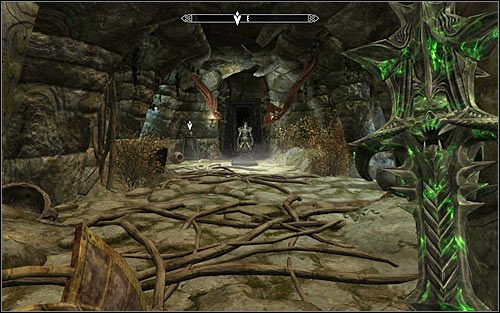 After crossing the narrow corridors, use the handle on the eastern wall to reach the room with the first vessel (screen above). Unfortunately it's guarded by a Draugr Deathlord, so you will have to defeat him first. After the fight, take the Vessel. Return to the main corridor and head further south. Inside the next big room awaits you a hard fight with Draugrs. It's worth to quickly eliminate those of them who can use magic. Afterwards dead east to find a passage to the Valthume Catacombs. 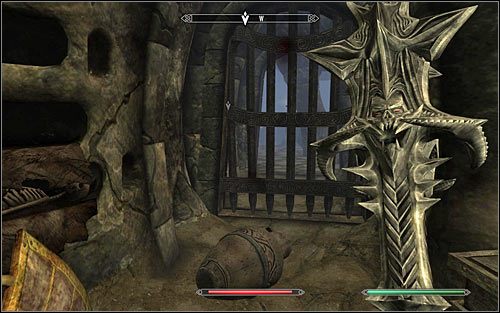 Head inside the big catacombs room. You will be attacked by a Giant Frostbite Spider, who you can kill in direct combat or by attacking him from the upper balconies. With the area secured, head east and pull the chain to unlock a passage. You will now need to head through a series of narrow corridors. The second vessel is inside one of the western rooms (screen above) and in order to gain access to it you need to pull the chain located on the northern wall. Just like before, deal with the Draugr Deathlord and pick up the Vessel afterwards. Additionally I'd suggest disarming the traps to take out the Soul Gem. 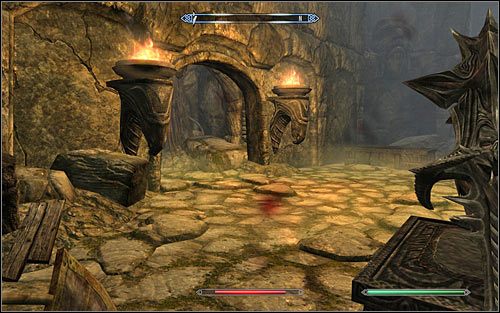 Head out of the room and resume exploring the catacombs, choosing the southern corridor. Successively fight your way through the Draugrs, looking out for more hard to notice traps. You can gain access to the southern room by pulling the chain. Deal with another group of Draugrs, jump down and choose the corridor going west (screen above). 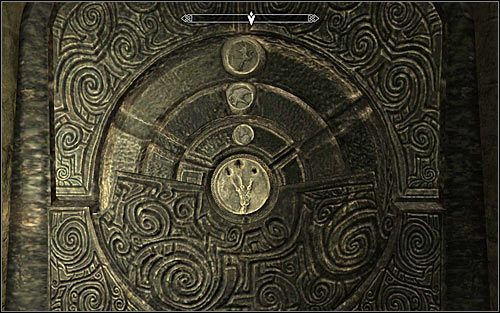 Soon enough you should reach a locked door. Here you will have to solve an easy and probably well-known puzzle. Start off by taking the Iron Claw from the pedestal (look out for the fire trap!) and watch it in the inventory to establish the proper order of the symbols. Start interacting with the door - the upper ring should show a dragon, the middle an eagle and the lower a howling wolf. The solution can be seen in the above screenshot and in the end you of course have to put the claw into the holes. Carefully enter the new room and fight a numerous group of Draugrs. Collect the last Vessel only after eliminating the undead. 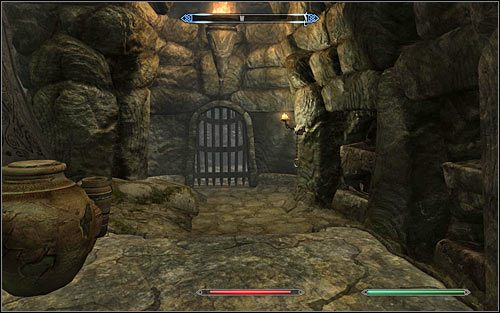 BEFORE leaving this area, approach the Word Wall to learn a new Word of Power - Life, Aura Whisper. Only afterwards should you head towards the passage in the north-west part of the room (screen above), which you can unlock by pulling the chain. Return to the main part of the Valthume tomb and stop after reaching the biggest room with Valdar inside. 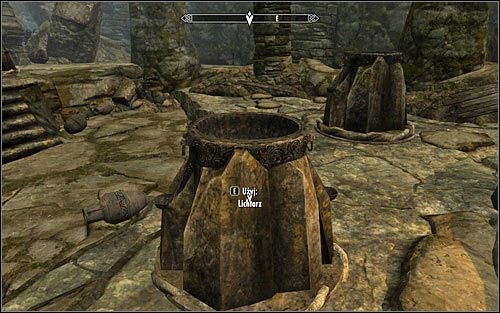 Speak to Valdar and you will learn of the true content of the vessels and the risks connected with the ritual itself. In accordance with the instruction received from the ghost, approach the Sconce (screen above) and empty all three Vessels into it. Afterwards interact with the throne to sit on it. Save your game while you're at it, as a boss fight awaits you. 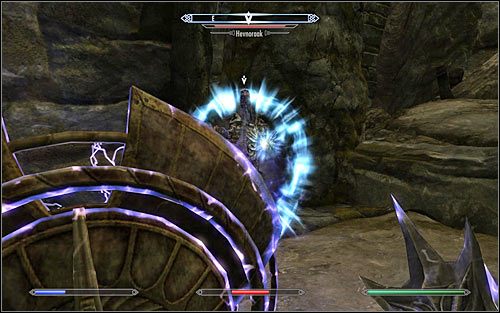 Stand up when you see that Hevnoraak get out of his grave. Start fighting the Dragon Priest (screen above), who for obvious reasons will be a demanding enemy. I'd recommend increasing your lightning resistance and looking after your health level, aiming at killing Hevnoraak as fast as possible. Afterwards speak to Valdar, who will suggest taking Hevnoraak Mask as a prize for completing this quest. You should of course follow his idea, the more considering that the mask will be needed for another side missions.