On this page of our guide to TES V Skyrim we have prepared a detailed walkthrough of the first part of the No-one Escapes Cidhna Mine side quest. The hero will be arrested by Markarth guards and imprisoned in the Cidhna Mine. Our walkthrough describes all meetings with other prisoners and the cooperation with the Forsworn (you can join and support Nords as an alternative).

Notice! This quest is available only after completing The Forsworn Conspiracy side quest!

As you get arrested by Markarth guards, you will be taken to the Cidhna Mine, from where no one has yet ran away. You will lose all of your inventory and be thrown into a cell. The first person you come across will be Urzoga gra-Shugurz, a prison guard. She will inform you that you will leave this place after you make up for your sins - which probably means never. 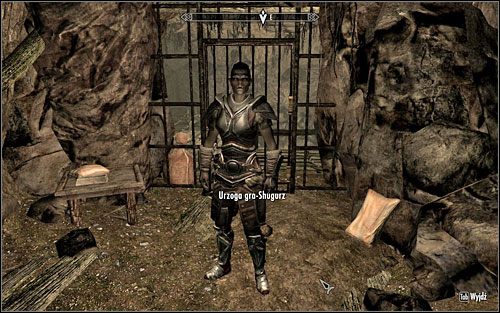 After you listen to what the guard has to say, you will let into the mine. Find Uraccen - a prisoner sitting beside a fire in the large cave beneath you. He will tell you that none of the prisoners has the right to speak to Madanach and reaching him is nearly impossible, as he's guarded by a giant Orc - Borkul the Beast. Keep talking with the emaciated man and you will learn that the prison currency is skooma - a rare alcohol adored by the Khajiits. Ask about the "Shiv" and you will learn that such a weapon can be obtained from Grisvar, who is sure to demand some kind of payment in return. Obtaining it isn't necessary, though it can certainly come in handy (mini-quest Miscellaneous: Talk to Grisvar about getting a Shiv).

New optional objective: Talk to Grisvar about getting a Shiv

Having learned from Uraccen or Borkul that Grisvar has some Shivs, you can head to him and ask for one for yourself. The man can be found in the corridor on the right side of the cave, where he will be sitting beside a brazier. Speak to him to learn that he will give you a Shiv in return for some Skooma. Duach, who's working on the opposite side of the mine, has it. 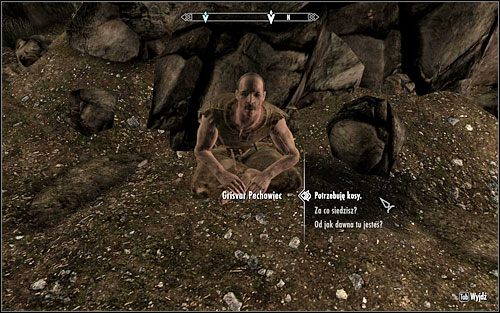 This way you will unlock another objective - Miscellaneous: Obtain the Skooma for Grisvar.

Duach, the prisoner in possession of the rare alcohol, can be found in the corridor on the left side of the cave. Head to him and ask about Skooma. The man won't be delighted by the fact that this information is so widely known and will tell you to leave. At this moment you can use persuasion or just beat him until he faints and take the goods. 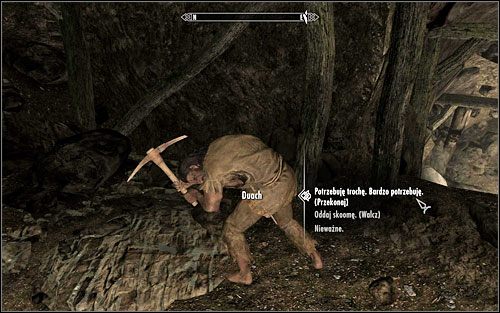 Regardless of which option you choose, you will eventually obtain the Skooma requested by Grisvar. You should now give it to him (mini-quest Miscellaneous: Bring Grisvar the Skooma).

After obtaining the Skooma from Duach, you can hand it over to Grisvar. Remember not to drink it before giving it to the man, otherwise you will fail the mission! 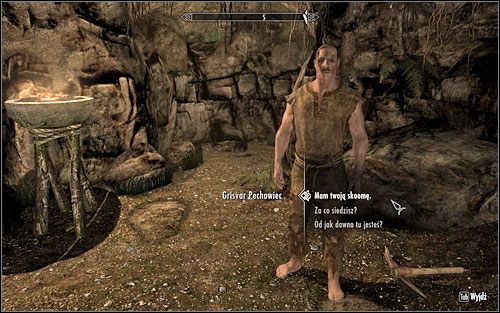 Give Grisvar the alcohol and you will receive the Shiv - a weapon used by the prisoners of Cidhna Mine - in return. Bring it to Borkul, who's guarding Madanach's cell. Give him the item and you will be able to head inside.

New main objective: Get past Borkul the Beast

After speaking with Uraccen, approach Borkul and speak to him. The powerful Orc won't let you enter Madanach's cell until you bring him the Shiv (see - Miscellaneous: Talk to Grisvar about getting a Shiv). If you don't want to complete the prisoners' requests, you can find an alternative way of reaching the King in Rags. Nothing stands in the way of stealing the key to Madanach's cell from Borkul, challenging him for a fight or convincing him with high Speech. 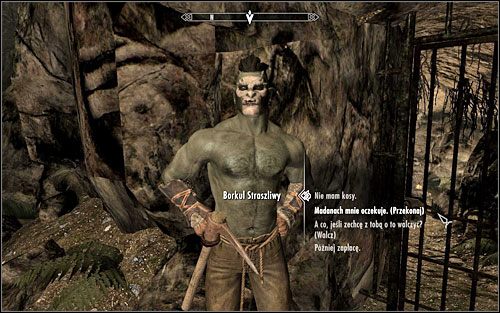 Regardless of which option you choose, you will eventually reach the man you're looking for.

As you get pass by Borkul and into Madanach's cell, you will see him sitting by his desk and writing a letter. At this point you must make a choice that will widely influence your and Markarth's future: 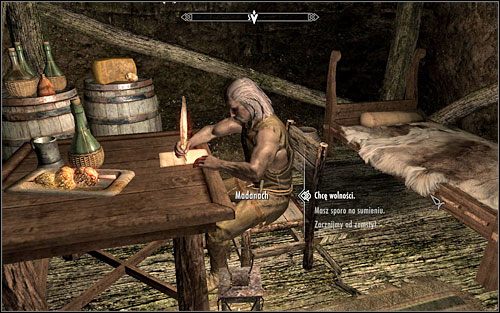 If you choose the Forsworn path, skip to Hear Braig's story (we have described it below)..

If you prefer the Nords, skip to Kill Madanach (check out another page of our walkthrough).

Head out of Madanach's cell and go to the left corridor of the mine - the same in which you previously could meet with Grisvar. At the very end of the tunnel you will find Braig, most probably sitting on the ground or digging in search of ore. Speak to him and you will learn the tragic history of his daughter and how he ended up at the Cidhna Mine. From what you hear it will clearly seem that the Nords don't know any mercy and treat them like garbage. Afterwards you can head back to Madanach. 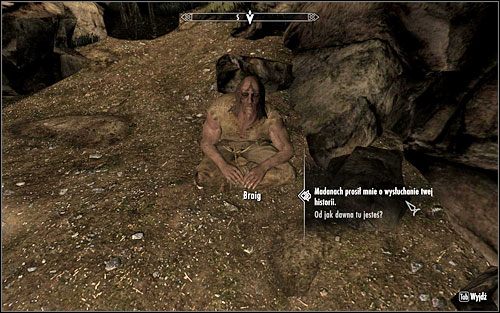