This page of our guide to The Elder Scrolls V: Skyrim contains a detailed description of Repairing the Phial side quest. The quest is commissioned by Quintus Navale from Windhelm and concerns the acquisition of three very rare alchemical components. Our walkthrough tells you how and where you can get all required items.

This quest will become active after three days pass after you finish The White Phial and The Throat of the World (main story). As you visit one of the main cities of Skyrim, you will be stopped by a courier with a letter from Quintus Navale - alchemy apprentice from Windhelm. As you learn from its content, the young man has been rearing some books regarding the White Phial during his master's convalescence and found a way of fixing it. You should quickly head there and help him in this task. 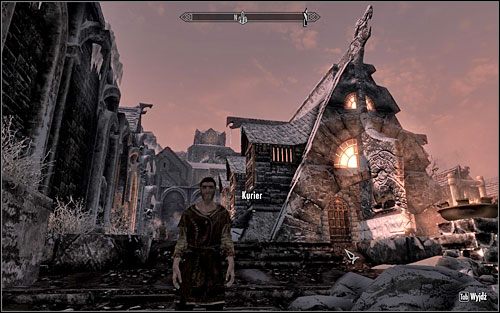 Head to Windhelm and enter The White Phial shop (south-west part of town). Inside you will be greeted by the young alchemist who will tell you of his discovery. Apparently there is a way of repairing the phial that you brought him previously. It's however now easy - in order to restore the artifact, you will need three rare ingredients. That however shouldn't be too much of a challenge for an adventurer like yourself. 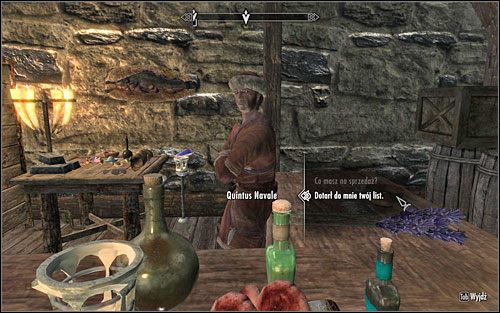 The first ingredient is the Unmelting Snow, found only at the Throat of the World. The second one is the Mammoth Tusk Powder - problematic, as only Giants know how to obtain it. The third and last of the ingredients it the Forsworn Heart - apparently you will have to teat one out of a Forsworn.

The Unmelting Snow can be obtained very easily. Head to the Throat of the World using fast travel - you have already visited it during the main quests, so it won't be a problem for you. Pass by Paarthurnax (or his body) and head left - exactly where the arrow on the map shows you. Gather some Snow from the snow-drift at the top of the mountain. That's all - you can move to the other ingredients. 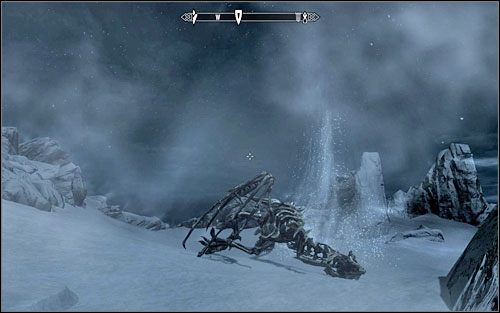 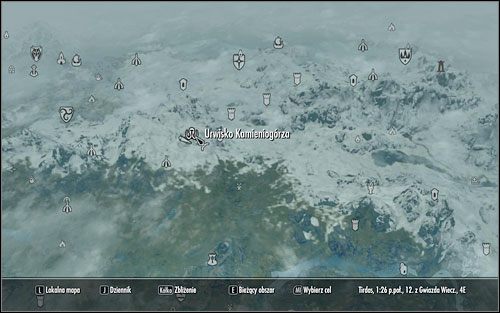 In order to obtain the Mammoth Tusk Powder, you will need to head to one of the Giants camps and steal it from them. For that, head to Stonehill Bluff (screen above), found north of Whiterun. You can get there in two ways - through the western canyon (which however will mean an unavoidable confrontation) or through the mountains. The southern slope isn't too steep, so you should climb it and afterwards sneak into the camp (screen below). If you're quiet enough, you might not be noticed at all, which will let you avoid unnecessary commotion. 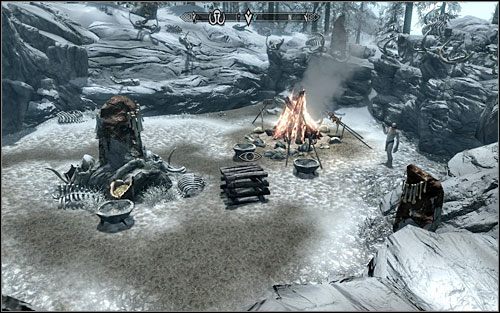 The Mammoth Tusk Powder can be found in the bowl in the middle of the camp, beside a large campfire. Take what you need and run from the location. Fighting multiple Giants isn't a good idea (especially that they can surround you easily).

If you haven't obtained a Forsworn Heart up until now, you will need to head out for one now. The marker on the map will suggest that you can find one at the Red Eagle Redoubt (screen below) - in reality it's a very inconvenient and dangerous path. The whole underground part of the Redoubt is swarming with Forsworn, so crossing the caves would cost you much time and effort. You however don't have to head into the caves at all - the Forsworn leader can be met at the Sundered Towers during the day, to where the Redobut caves lead either way. If you don't want to waste time on slashing through the enemies, you will can completely ignore them and head straight to their leader. 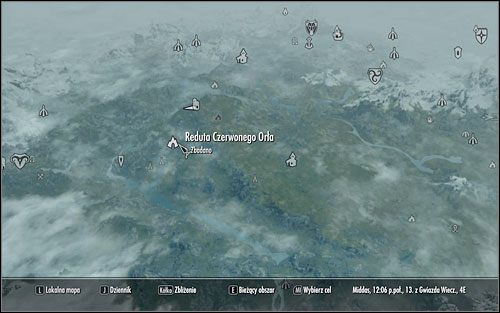 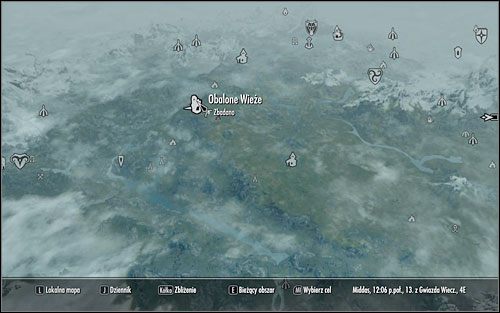 Regardless of which path you choose, you should start at Rorikstead or any other nearby location. Heading north-west, you should soon reach Red Eagle Redoubt. You can of course head inside if you want (the dungeon is very linear, so you won't get lost), though it's better to climb the slope and follow the stairs to the Sundered Towers (screen below). 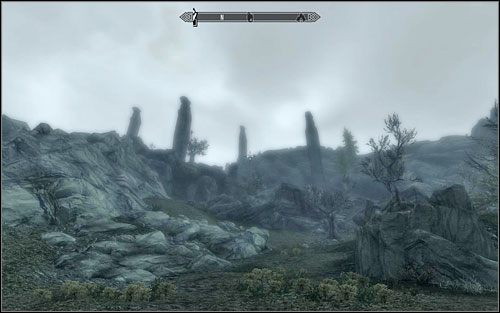 After reaching the destination, get ready to fight a big group of Forsworn, including one capable of using magic. They aren't very resistant enemies - their armours are weak enough that they won't withstand even a couple weak hits, not mentioning magic. Therefore you should break through the camp without any problems, leaving only dead bodies behind. Eventually you will reach a stone hill above the camp, where you will find the Forsworn Briarheart (screen below). Kill him any way you like and take the item you came here for. 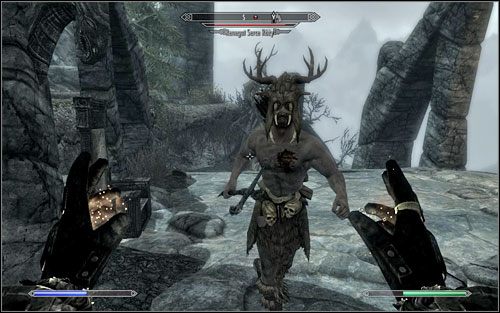 As you have all three items required to repair the phial, you can return to Quintus Navale at Windhelm.

Open the world map and head to Windhelm using fast travel. Afterwards enter The White Phial and tell Quintus that you were able to complete the mission. The young man will take the ingredients from you to repair the ancient artifact. As he manages to complete the ritual, he will run to his master - Nurellion. 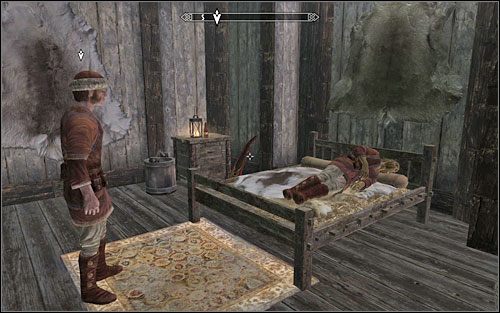 Follow the boy upstairs and you will see him showing the elderly elf the item that he dreamed about his whole life. Unfortunately he won't have too much time enjoy it, as he will die soon afterwards. Quintus will therefore take over the business and give you the White Phial. Before heading out of the shop, you can ask the alchemist to enchant the Phial so that it fills up with a chosen substance. The Phial will fill itself once every day.