This page of our guide to The Elder Scrolls V: Skyrim contains a detailed walkthrough of The Book of Love side quest which can be undertaken in Riften city. Dinya Balu at The Temple of Mara will ask you to perform a few favors that concern romantic relationships of Skyrim residents. The final part of the mission consists in bringing together two dead lovers. Also, you will obtain the Amulet of Mara, which allows you to get married with a specific NPC. 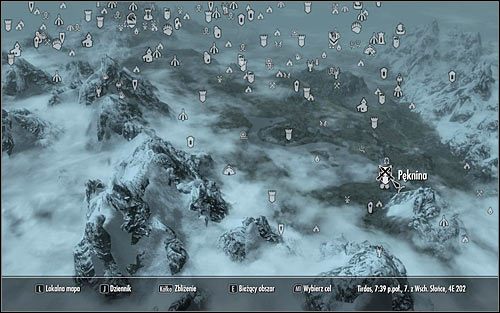 Open the world map and head to Riften, located in the south-east part of Skyrim (screen above). If you have already visited this city, it would be of course best to use fast travel. Otherwise you will need to plan your journey and it's worth to consider using a carriage (e.g. the one in Whiterun Stables). As you try to enter Riften for the first time, you will be automatically stopped by a Riften Guard. You can either pay the fee and gain access to the whole city or use Speech and try to persuade the guard or intimidate him. 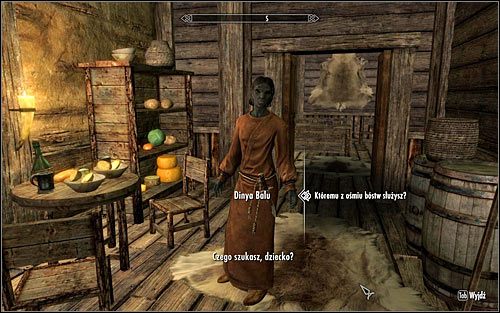 After reaching Riften, head to the Temple of Mara in the eastern part of the city. Look for Dinya Balu (screen above) and speak to her. Tell her you would like to receive Mara's blessing and you will be asked to complete a few tasks for her. The first one will concern solving a love problem of one of the girls living in Ivarstead. 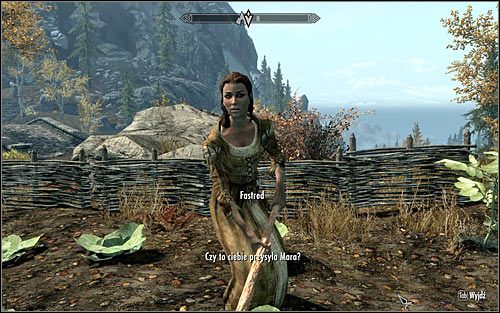 Head out of the temple, open the world map and head to the village of Ivarstead located in the southern part of Skyrim. Having reached the village, look around during the day and find Fastred (screen above). Speak to the girl and tell her that the goddess Mara sends you to solve her problem. She will tell you that she's interested in two boys and that her father doesn't support her idea of moving out of Ivarstead to live in Riften. In the end tell her that you would like to meet her parents. 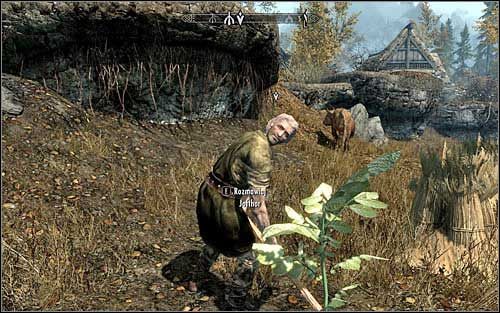 Depending on the time of day, Fastred's parents can be found in the field (screen above) or inside Fellstar Farm. Fastred's father is Jofthor and he will be absolutely against the idea of her daughter moving to Riften with Bassianus. The man will also tell you that until recently his daughter was more interested in Klimmek. Fastred's mother, Boti, will tell you that she doesn't have anything against her daughter moving and that she cares only for her happiness. 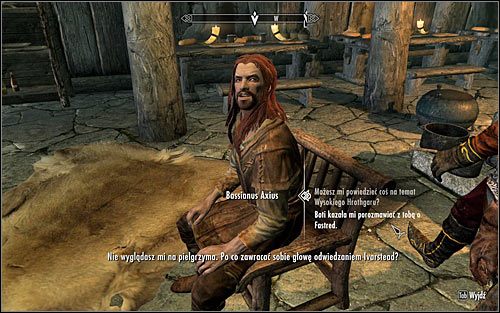 Whether you encourage Bassianus or Klimmek to make the final decision regarding Fastred doesn't matter and won't influence the further part of this quest. If you want Fastred to live with Bassianus Axius, find him (screen above) and convince him to move out of Ivarstead, assuring him that her father isn't a threat. 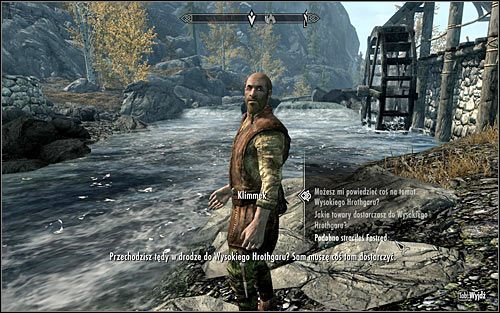 If you want Fastred to live with Klimmek, find him (screen above) and convince him to be more open with the girl and tell her how he really feels. Regardless of which man you choose, you will need to follow him to where Fastred is and listen to a short conversation. 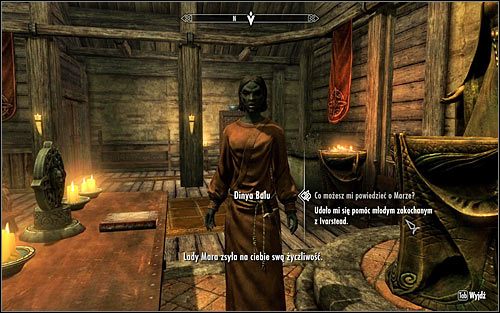 Open the world map and return to Riften. Head back to the Temple of Mara and find Dinya to inform her of completing the mission (screen above). She will have yet another mission for you, this time sending you to Markarth. 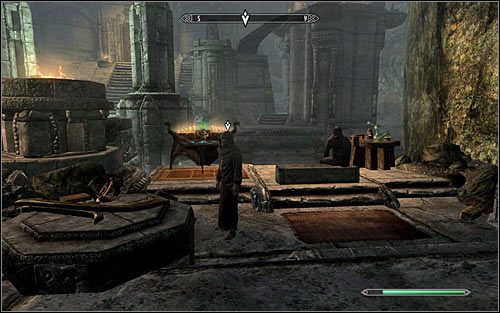 Head out of the temple and plan a journey to Markarth in the western part of Skyrim. After getting there, head west and enter Understone Keep (if you have already discovered it, you can of course fast travel instead). Start exploring the southern part of the keep to find Calcelmo (screen above). Inform him the goddess Mara is sending you to learn that the mage is in love with Faleen. Calcelmo is however too shy and as a result you will be asked to meet with his friend Yngvar to learn more about her. 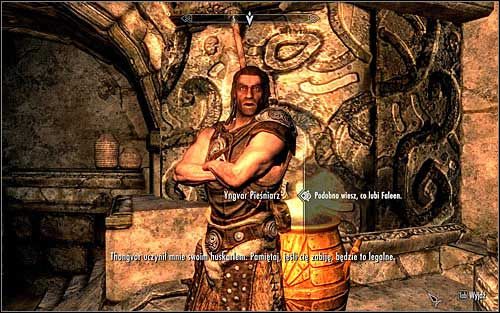 Yngvar the Singer can be found in the Understone Keep as well (screen above). I'd recommend looking for him during the day, as by night he might head to his quarters in an inaccessible part of the keep. Whether you tell him that Calcelmo is interested in Faleen doesn't matter. Yngvar will state that Faleen loves poems and will offer to create one in return for 200 gold. Sadly you won't be able to use Speech here, so give Yngvar the gold to receive the Love Poem. 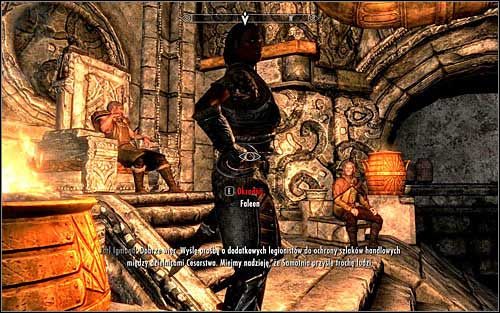 Faleen should by default be found at the Understone Keep, guarding the local Jarl (screen above). However if as a result of the civil war or negotiations (Season Unending main quest) Markarth went to the Stormcloaks, you will need to look for her in the Blue Palace in Solitude. Speak to Faleen and give her the love letter, stating that Calcelmo is the author. The woman will be surprised that he's interested in her and will give you Faleen's Letter to Calcelmo. Return to Calcelmo and hand him the letter. Now you just need to follow him and witness his conversation with Faleen. Notice - if Calcelmo needs to go as far as to Solitude, you can use fast travel and the conversation will occur as you reach the Blue Palace.

New main objective: Put on the Amulet of Mara 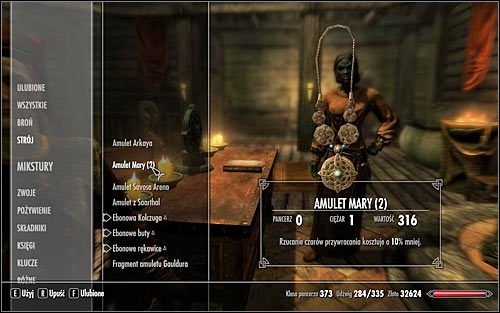 Open the world map and return to Riften. Afterwards head back to the Temple of Mara and find Dinya to inform her of completing the mission. She will have one final mission for you, though you will first need to put on the Amulet of Mara from the inventory (screen above). With the amulet equipped, you will learn that you need to reunite a dead couple.

It's worth to indicate that after you get the Amulet of Mara - your character can marry another NPC by using this particular item. You can get more information about this unique feature on a separate page of our guide called 'Are there any romances in Skyrim?' - you will find out how to search for your future spouse, which steps you have to complete in order to get married and what are the main benefits of being married. 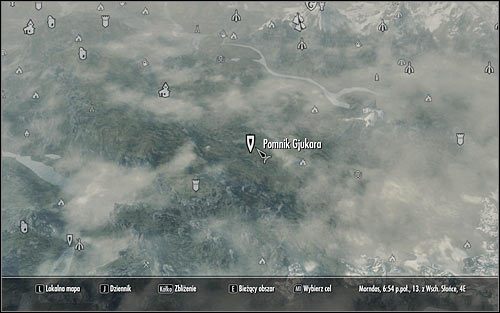 Head out of the temple, open the world map and find your destination, the Gjukar's Monument (screen above). It's in the central part of Skyrim and can be reached by e.g. starting at Rorikstead (you'd have to go east) or Whiterun (west). After reaching it, approach the ghost of Ruki and speak to her. She will ask you to find her missing lover, Fenrig. 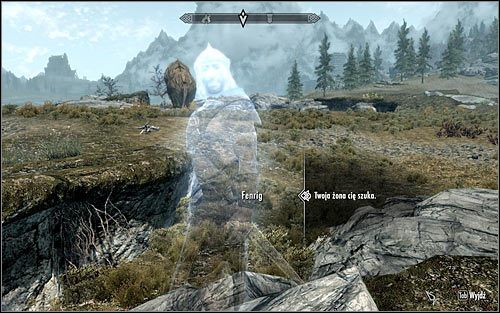 Once again open the map to establish that Fenrig can be found north-east from where you are. Head there on foot or using a horse. As you reach the destination, find Fenrig and speak to him (screen above), stating that Ruki is waiting for him. The ghost will ask you to bring him to her. 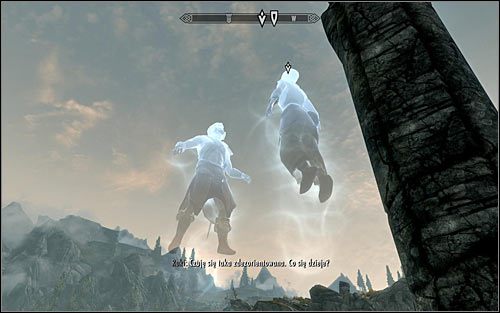 As you have already unlocked Gjukar's Monument, you don't need to return there on your own but fast travel. Afterwards watch a short cinematic showing the lovers reunion (screen above). Now you just need to return to the Temple of Mara for the last time. Dinya won't have any material prize for you, though you will receive a special blessing, the Agent of Mara.