This page of our guide to The Elder Scrolls V: Skyrim contains a detailed walkthrough of the first part of the Blood on the Ice side quest. This mission can be undertaken in Windhelm. You have to conduct an investigation of a strange murder. You will have to interrogate various NPCs to gather all clues or available evidence.

Notice! This mission is only available after you have visited Windhelm at least four times!

Head to Windhelm after dusk - on the cemetery you will find a group of frightened people, a city guard and a body of a murdered woman. As you pass by, you will be stopped by the Guards, who will ask you for help in the investigation. It will turn out that there's a psycho killer in the city and the dead woman is probably one of his victims. You should speak to all the Witnesses to learn who is responsible for the plague of murders. 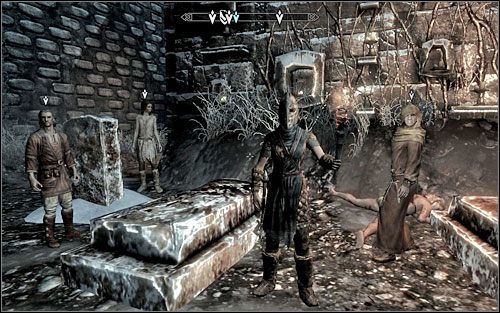 Unfortunately none of the three witnesses who you will find by the body (screen above) won't be too helpful. The man will tell you that he saw a running murderer but he wasn't able to catch him and the priestess will note that the victim's purse wasn't stolen - therefore the cause of the crime wasn't robbery. The beggar will state that she came to the scene after the murder, so she isn't significant for the case.

After speaking with the three witnesses, talk a bit with the Guard who you will find by the body. Your interlocutor will be mad with the fact that the culprit has ran way again and lack of any clues won't let you find and arrest him. At this point you should volunteer to help solving this case. The guard will tell you that in order to undertake the investigation you should speak with Jorleif - only he can give you consent. 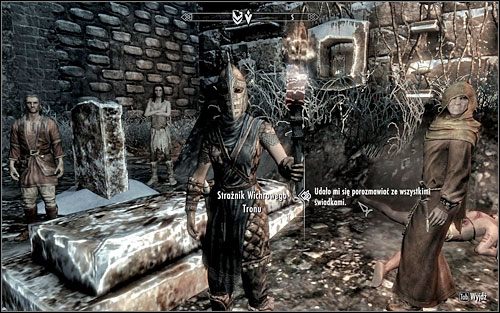 Jorleif can be found in the Palace of the Kings, north of Windhelm. If it's night, he will be sleeping in one of the rooms right of the main entrance and during the day he can be found right beside the Jarl's throne. From the short conversation you will learn that the man will do everything to catch the murdered and is happy to accept your help. 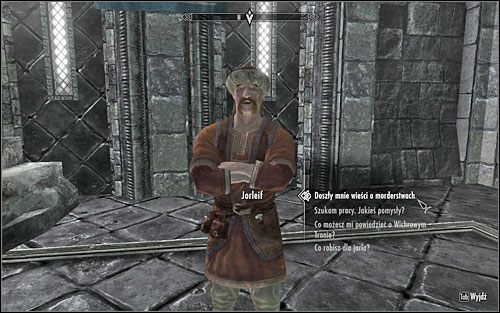 Jorleif will not only let you run your own investigation, but also offer help - you will be able to use the city guards' help.

Get out of the Palace of the Kings and head back to the cemetery. Talk with the Guard who you will find there. He will tell you that the body has been already taken to the Hall of the Dead. If you want to learn something more about it, you should speak with Helgird (next sub-chapter). 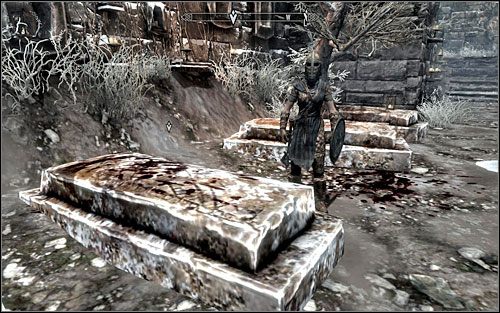 If you don't like the idea of entering the morgue and looking through dead bodies, you can always follow the blood trail which runs from the cemetery to Hjerim (Get access to Hjerim section). It will save you the smell of dead bodies and speed things up a bit.

Enter the Hall of the Dead and find Helgird. The priestess is at the lower level of the catacombs, nearby the dead body. She will tell you that the wounds have been dealt with an ancient tool, once used to embalm bodies. The murderer seems to know his thing about cremating, as your interlocutor has the same tool in her hand. She can be however excluded from the circle of suspects - she wouldn't be helping you otherwise. 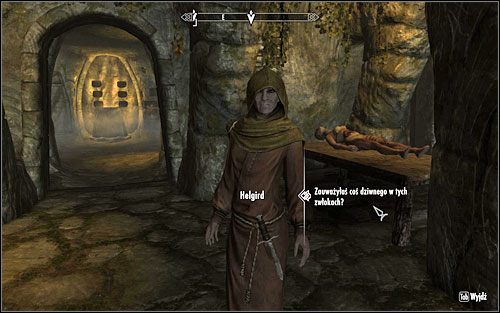 As the information you gained from Helgird didn't help you in finding the murderer, you can head out of the Hall of the Dead and back to the murder scene. From there, follow the blood trails to reach Hjerim.

Return to the crime scene and start following the blood trails to reach Hjerim. The lock on the door is of a master level, so if you don't have any picklocks or don't want to break in, you should look for an alternative solution. 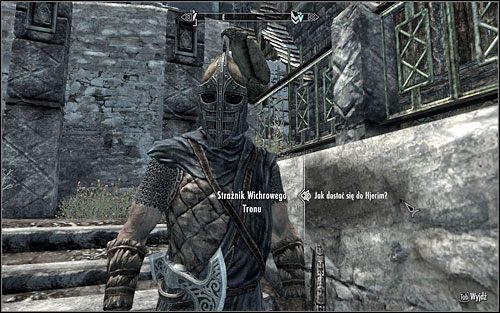 Speak to one of the Guards and ask him of Hjerim. That way you should learn that the mansion belonged to Friga Shatter-Shield, who was recently murdered. Her mother, Tova, has the key. 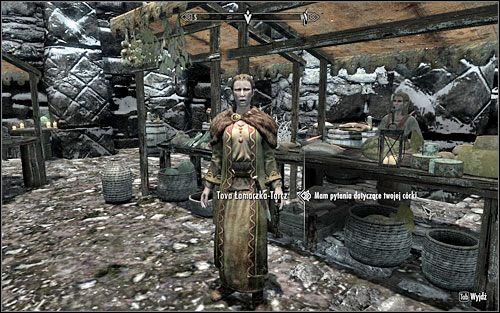 Tova Shatter-Shield can be most probably found on the marketplace in the south-east part of town - there's where she spends most of her time. During the night, you can find her in the clan house. Be nice to her and you will receive the Hjerim key that you're looking for. Having that item, you can head to the estate.

The next part of this quest is described on the separate page.