On this page of our guide to The Elder Scrolls V: Skyrim we have prepared a detailed walkthrough of The Infiltration side quest. During this quest you have to visit the Treva's Watch fortress which is currently occupied by bandits and thugs. You have to sneak into the fortress, defeat all enemies and then take over the keep.

New main objective: Use the backdoor to gain access to Treva's Watch 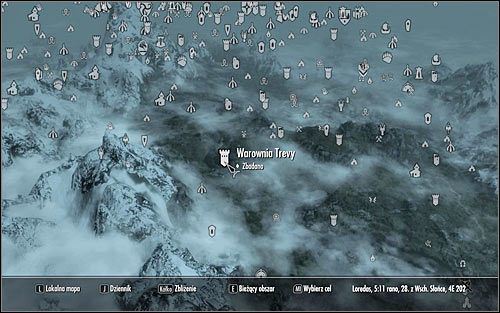 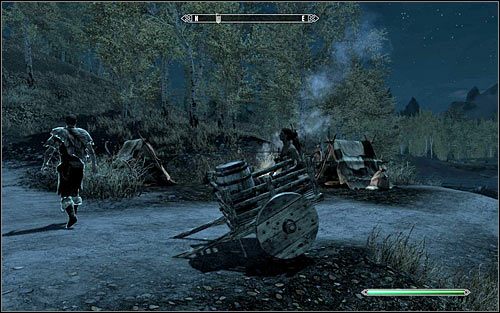 The action of this quest takes place in Treva's Watch and in order to get there it's best to begin at Ivarstead, heading south-east. After reaching the keep don't try to approach it too soon, as it's protected by Bandits. Instead, head east and find a small camp by the river bridge (screen above). Speak with Stalleo, who will tell you that during his absence bandits have taken over the keep. He will also suggest using the underground tunnel and finding a lever to raise the main gate.

New main objective: Use the lever to open the gate to Treva's Watch 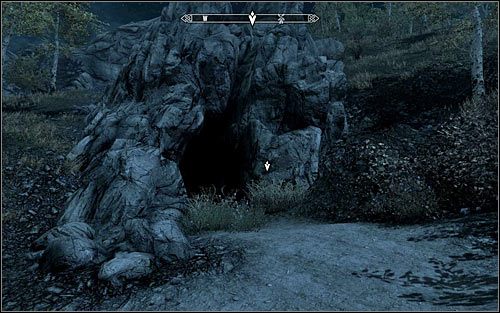 The lever responsible for raising the gate can be found inside a small hut on the keep's courtyard and it can be reached in two ways. The game will of course suggest you use the Treva's Watch Escape Tunnel, the entrance to which is nearby the camp (screen above). It's however not the best solution, as you would have to deal with traps and Bandits who for some unknown reasons will occupy the underground. After securing the area you should find the main entrance to Treva's Watch. 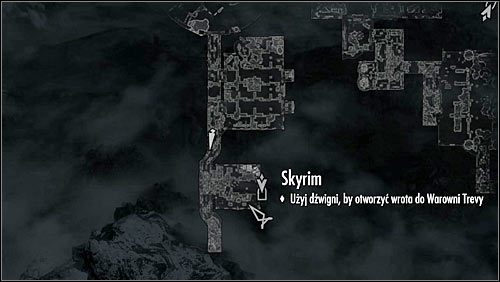 You will be attacked by multiple Bandits during the exploration of the keep itself as well. You should especially look out for their Chief. As he's very resistant, it would be good to attack him from a distance and not let him drive you to a corner. You should also consider exploring the area during the night, as some bandits will be asleep and it will be easier to avoid them or surprise. The courtyard exit can be found in the south-west part of the building (screen above). 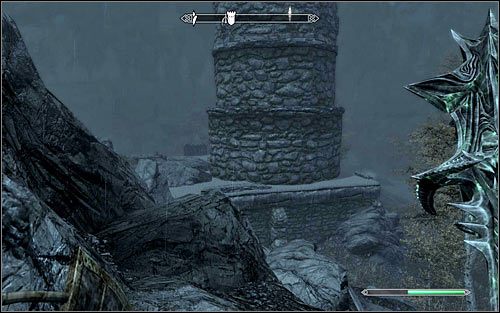 It's a much better idea to reach the keep by staying on the surface. Notice - if you don't want to have any trouble with completing this mission, enter the tunnel for only as second to unlock the current objective with the lever. Afterwards approach the keep from the north and you should note that by climbing the rocks you can easily access the outer walls (screen above).

New main objective: Meet up with Stalleo in the courtyard 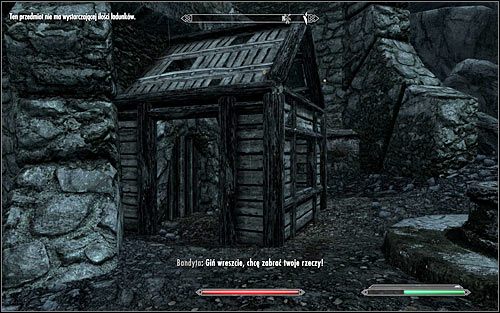 Regardless of which option you choose (going through the tunnels or reaching the walls), you need to quickly locate a small hut on the courtyard (screen above) and pull the lever inside. Only afterwards should you start fighting the Bandits, which will be much easier considering that Stalleo and other true occupants of the keep will join the fight. 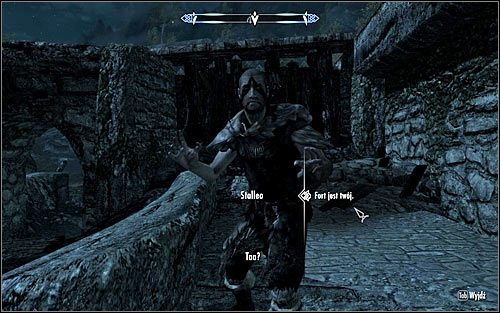 The game will force you to kill those enemies on the courtyard and local walls and it's another reason not to go tunnel. After the fights are over, find Stalleo and speak to him (screen above) to inform of taking over the keep. The warrior will reward you with the Spell Tome: Detect Life.