This page of our guide to TES V: Skyrim contains a detailed description of The Man Who Cried Wolf side quest. This mission begins at The Blue Palace in Solitude. The main objectives consist of defeating some necromancers and monsters that reside at the Wolfskull Cave. Also, there is a mini-boss to defeat - the Necromancer Leader.

Whilst in Solitude, head to The Blue Palace - it can be found in the south-east part of the city, on a slope. Go inside, into the throne room and speak with Falk Firebeard - the queen's chamberlain. Ask him about his problems with the Wolfskull Cave and you will receive the mission of clearing it. 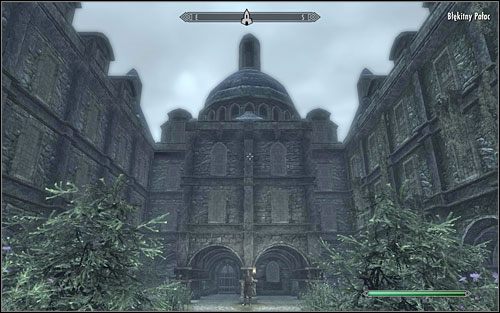 The cave used to be a the hideout of necromancer, led by the Wolf Queen. Even though 500 years have passed since then, strange light can still be seen there and the locals are disappearing every day. Your mission will be to investigate the matter and eliminate any potential threats.

The Wolfskull Cave can be found west of Solitude and north of Dragon Bridge. Getting there isn't easy - you will need to conquer a whole mountain range to eventually reach the cave. There, you will be attacked by two Skeletons which you should be able to defeat with one, maybe two hits. After entering the cave you will encounter one Draugr and a couple Novice Necromancers. They shouldn't pose any threat to you, especially with their low hit points. 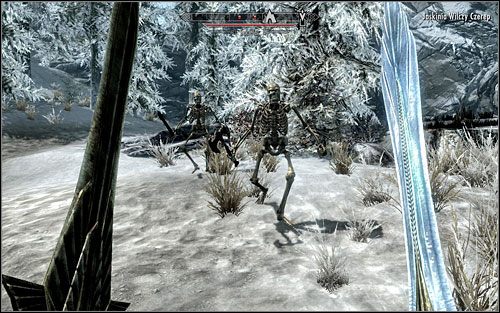 Move further and you will reach the Wolfskull Ruins. Cross their threshold and you will witness a mysterious magic ceremony. The Necromancers gathered in the cave are apparently trying to revive the Wolf Queen and increase their power using her. You of course can't just ignore that. Turn left and follow the tunnels to reach a large tower in which the conducting takes place. OF course don't have any mercy and kill all the Draugrs and mages, that you come across on your way. 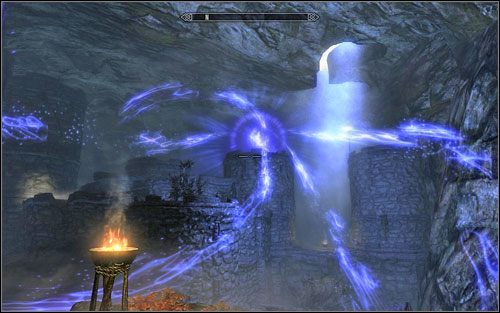 After reaching the tower, you will encounter much more powerful enemies - Necromancer Adepts and undead capable of using Shouts. As the mages have a nasty habit of reviving their allies, it would be good to eliminate them silently, one after another. If you start an open fight, there's a chance that enemy forces will be almost endless - they will constantly keep healing themselves. 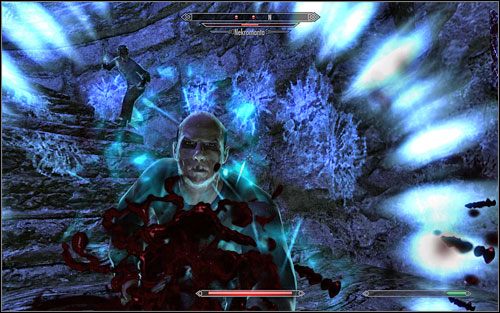 After reaching the top of the tower, kill the Necromancer Leader. She will be probably so occupied with the ceremony that you will be able to surprise her and stab her in the back. As you kill her, the ghost of the Wolf Queen will evaporate. You have probably managed to stop the complicated process.

Return to Solitude and report to Falk. Tell him that you were able to stop the Necromancers who were trying to revive Potema, the Wolf Queen. The man will be terrified - after all, a tragedy might have occurred. In return for your brave deeds you will be rewarded generously with gold and the chamberlain's lifelong gratitude. 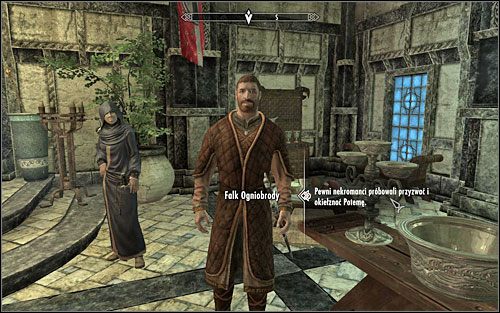 As it will soon turn out, Solitude will remain you of itself, as the ghost wasn't driven away completely. You can read about it in the description of The Wolf Queen Awakened.