On this page of our guide to TES V: Skyrim you will find a detailed walkthrough of Lights Out side quest. This quest consists in taking part in a robbery on a ship located at Solitude. You will take part in many different battles. At the final stage of this quest you will have to explore the Broken Bar Grotto.

In Solitude, you will probably constantly have to head through the entrance gate. As you're doing it, take a look around for an Argonian named Jaree-Ra. Approach him to learn that he's planning to attack on a ship that is about to reach the harbour soon. 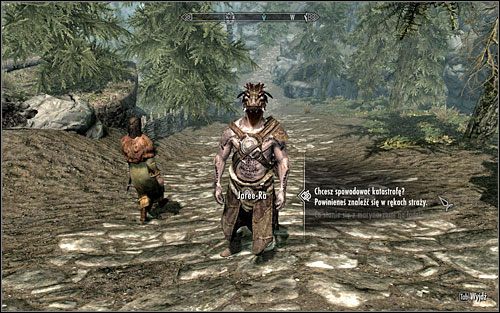 As you look like quite the fighter, the lizard will offer you to work with him: if you manage to put out the light in the lighthouse which the ships arriving to the dock use, you will get your share of the booty. Jaree-Ra will also promise that no one will get hurt - he's solely interested in the goods transported by the ship. If you're interested, agree to work with him.

New main objective: Put out the fire in Solitude Lighthouse

The lighthouse can be found north-east of Solitude, between Brinewater Grotto and the Dainty Sload. The building was built on the shore so that it casts light onto the whole northern sea. Your mission is to put it out. 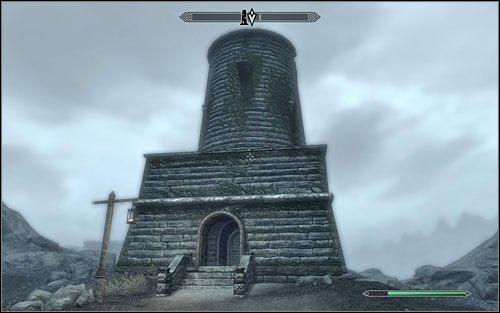 Head to the top of the tower and approach the large fire burning in the middle. Press E to put the fire out. Afterwards return to Jaree-Ra.

After getting back to Solitude, search for the Argonian in the harbour - he will be standing by a barrier and looking into the water. Talk to him to learn that you did a good job - the ship which Jaree-Ra and his associates want to attack didn't reach the port. It's now stuck at the marshes east of town, making it and easy target. 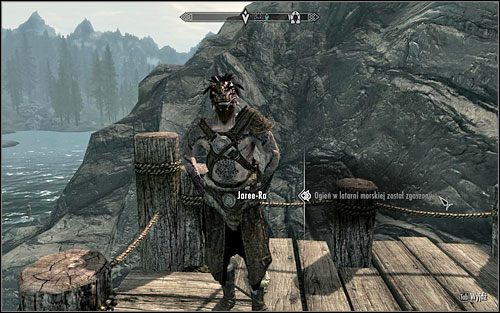 You should head to the marshes and look for the shipwreck. Somewhere nearby you should find Deeja - the quest giver's sister - who will give you further instructions.

New main objective: Find Deeja at the Wreck of the Icerunner

The wreck can be found in the very middle of the marshes, east of Solitude. As you get nearby, you should note dead sailors in the water. Jaree-Ra's associates will be now killing the survivors, leaving no one alive. It seems that your quest giver wasn't' totally honest with you. 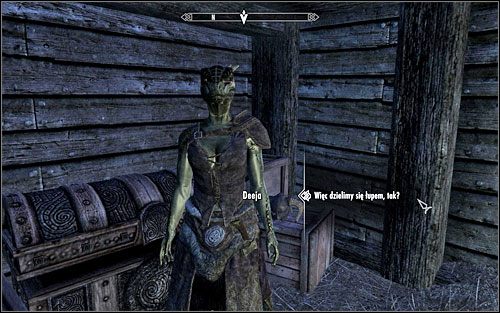 Get onto the ship and head inside. On the lower level you will find Deeja, standing beside a large empire chest. Ask her about your share to learn that you did well and therefore have to die. You will have to fight for your life!

Try to kill your enemy as fast as possible - if you aren't fast enough, you will have the whole ship crew on your head and need to fight all of them at once. After the Argonian joins her ancestors, move to the rest of the Bandits - with some luck you should be able eliminate them one at a time without much damage. 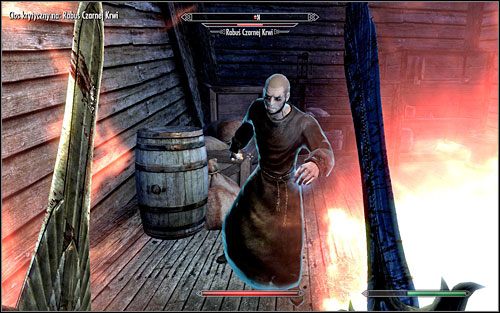 Afterwards don't forget to search Deeja's body - beside her you will find a letter which you will need for the further part of the quest. Head outside and kill the other Bandits. Heal your wounds and start planning your revenge.

If you attacked any of the Bandits before Deeja attacked you, the mission will be continued - as all the thieves will become hostile towards you, you will be able to kill them at once and take the note from Jaree-Ra.

Open your equipment and find the note from Jaree-Ra which you took from Deeja. Read the message which the Argonian left for her sister to learn that he planned on betraying you from the start. Luckily you can take revenge on him easily - the message also includes the location in which the bandits have hidden the treasure stolen from the Icerunner. It's the Broken Oar Grotto, where you should now head. 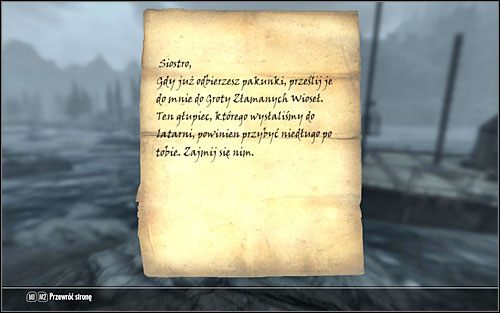 Head back to Solitude Lighthouse and from there go north-west. After a few minutes you will reach a cave at the seashore - it's the Broken Oar Grotto. Inside you will have a hard time with bandits, so it would be good to drink some potions and prepare weapons. 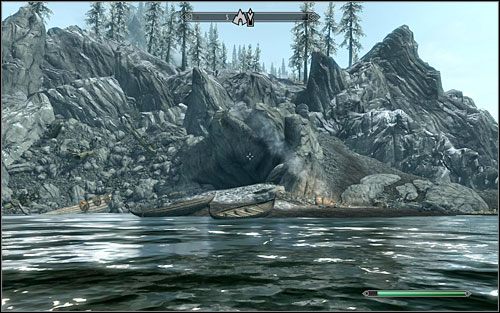 Enter the cave and take out your weapon. The arrangement of the tunnels and corridors is very clear - just keep going onwards and you will visit all the important areas. On your way you will need to kill all the Bandits, or alternatively you might try to avoid them. It's just important that you reach their main headquarters (screen below). Before heading inside, note the smithing workshop on the left - inside you will find Cherim's Heart of Anequina which will boost your Smithing. 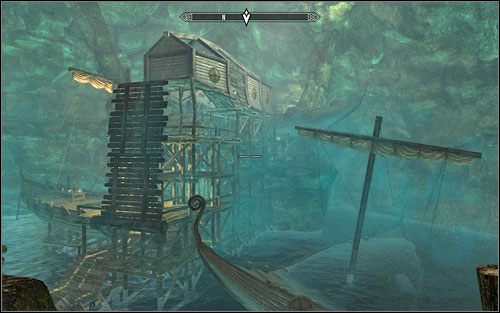 After reading it, you can continue the massacre. Jaree-Ra can be found inside the building, though before going there you should eliminate his underlings from a safe distance first. All of them have large two-handed swords, so they're not too easy to defeat. It would be good to shoot them from a bow, as best while sneaking - that way you will eliminate them quietly and effectively. You don't need to speak with the Argonian who betrayed you - revenge is a dish best served cold. 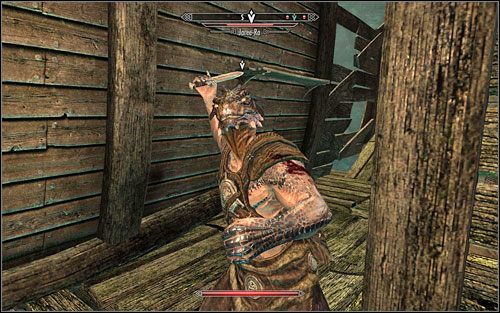 After the execution is complete, take a look around the underground - you will find many useful items, especially in the chest in the middle. Also don't forget to check the enemies' bodies - Jaree-Ra should have some precious items with him.