On this page of our guide to TES V: Skyrim we have prepared a detailed description of the second part of Rise in the East side quest. In the further stages of this quest you have to eliminate Haldyn (powerful mage skilled in destruction magic - sort of a mini-boss) and then persuade Adelaisa to return back to Windhelm.

After reaching the destination, the woman will ask you to speak to her. She will tell you that the Company's soldiers aren't very happy with the mission on which you've set out. Haldyn is famous for his skills in destruction magic and none of the Empire soldiers wants to risk their life, leaving just you. Adelaisa will state that they will take care of the rest which pretty much means that you're on your own. 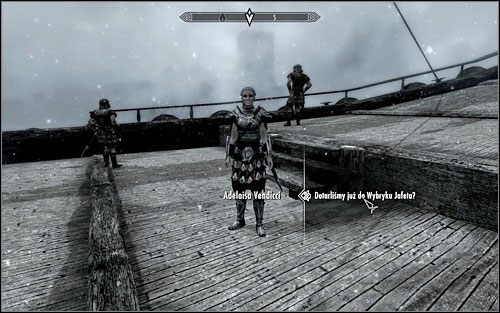 Jump off the deck, onto the ice surrounding it. Head south, where you should see a rock with a tower on its top (screen below). Successively jump between ice pieces and eventually you will reach a cave at the bottom of the rock. You can use it to silently infiltrate the keep. 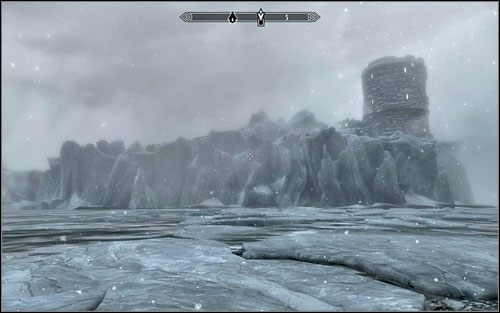 Of course you can also decide on a more direct attacks - on the left (eastern) side, there's a pirate ship. Get on it, kill the crew and you will be able to storm the keep frontally. It's however not recommended, as there's a lot of enemies and your mission is to eliminate the mage, not the pirates. Also remember that after you kill the mage, the Empire troops will take care of the pirates, so you don't have to worry about any of them getting out of the island. 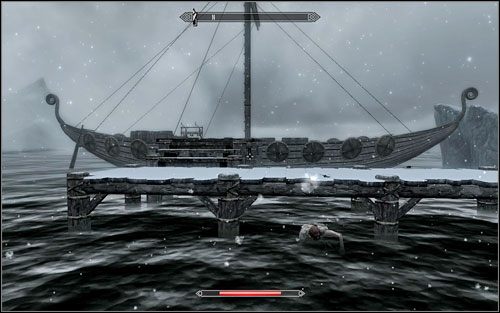 If you choose the silent way, be ready to fight a couple Mudcrabs and afterwards one of the Blood Horkers. As you enter the tower itself, be ready to come across lots of pirates. Climb the stairs onto upper levels and look out for a trap on the ground - it can kill even experienced characters. 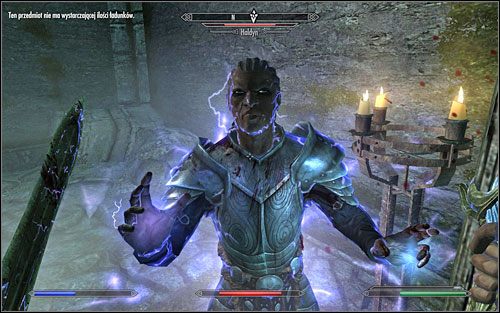 At some points you will have to choose the further way between stairs leading down and to the top of the tower. In the basement, apart from two guards, you can also find Jafet's body, his chest and a quite powerful Orc Sword. The mage, not surprisingly, can be found at the top levels of the tower (screen above). 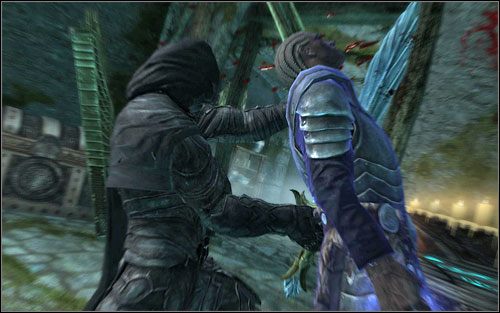 Battling Haldyn is no child's play - he's equipped with a plate armour and can use a number of powerful spells. An open fight with him will surely cost you a lot of healing potions, so it's far better to eliminate him silently (screen above). Despite the equipment, he doesn't have too much health points, so a surprise attack can silence him instantly. 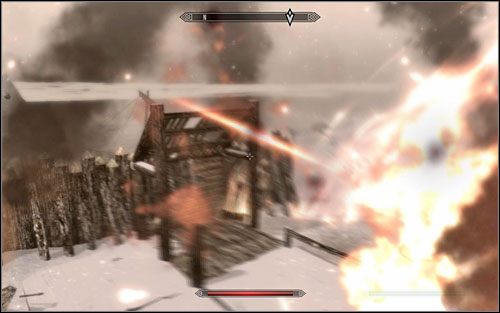 After killing him, take a look around his office - especially note the chest with a couple powerful items inside. After taking everything you want, head out of the tower (at best by using the locked door, the key to which you can find beside Haldyn) and be ready for a shock. During your absence, the Empire has begun an artillery attack on the keep, so you will need to return onto the ship among cannon fire (screen above). 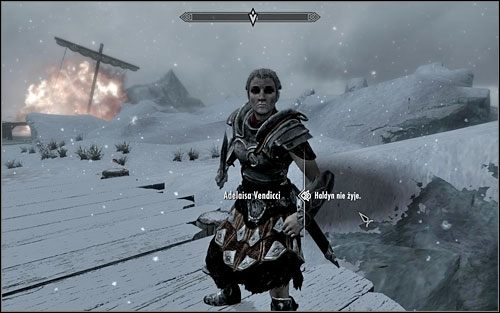 As you're fighting your way through fortifications and enemies, approach Adeleisa, who can be found in the dock. Report to her and quickly run from the island - there's nothing more interesting to do.

When you get bored with the pirate island, speak to Adelaisa about returning to Windhelm. The woman will agree, so you will immediately move to the dock. Get off the ship and speak to Orthus, who as always can be found at the East Empire Company. 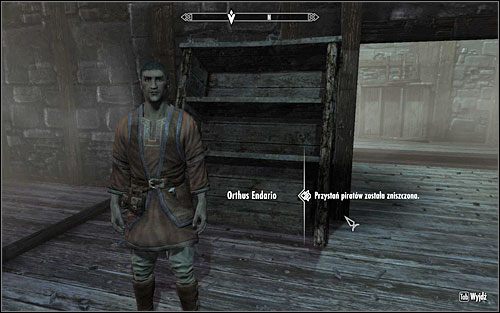 Tell the man that the pirate problems has been solved and he won't react too happily - one way or another, he still has to serve Adelaisa. Despite that, you will be rewarded for your hardship with 1000 gold.