On this page of our guide to TES V: Skyrim we have prepared a detailed description of the first part of Rise in the East side quest. In the initial part of this task you have to visit East Empire Company, steal a Logbook and then meet with Stig Salt-Plank.

While in Windhelm, head out and go to the harbour (right beside the city walls). As you pass by the ships with precious cargo, head inside the East Empire Company. As you enter it, you will see one of the most neglected houses in Skyrim. 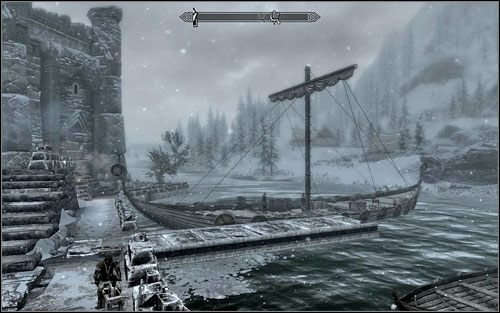 As you speak with Orthus, you will learn that the company isn't doing too well. It's all because of the pirates who keep attacking the East Empire ships and plunder them without mercy. All ship are attacked but the ones of the Clan Shatter-Shield - your interlocutor won't rule out the possibility that they're behind the theft plague. If you want to help the merchant, you should look into this case.

In order to find proof of the pirate - Nord collaboration, you will need to reach the office of the latter ones and steal the Logbook in which Suvaris Atherion keeps his business documents. You don't need to head far to obtain it - the woman's house (Clan Shatter-Shield Office) can be found right beside the Company, on the right. During the day you can encounter many guests who will make stealing the Logbook much more difficult, so you're better off during the night. 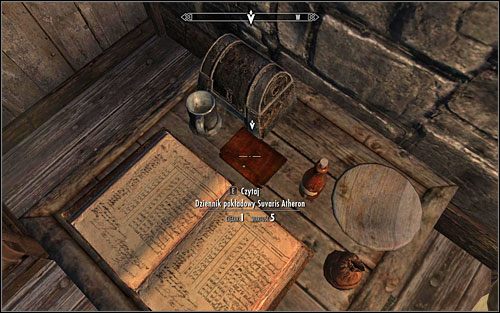 Head inside and go to the furthest part of the ground floor. On the left you should see a table with a book, candles and various types of records. There you will find Survaris Atheron's Logbook which you should quickly steal (screen above).

New main objective: Give the logbook to Orthus

After obtaining the Logbook, you can return to the quest giver - Orthus - who will still be at the East Empire Company. As you give him Survaris' notes, the man will gain certainty that Shatter-Shield aren't playing fair. The Logbook clearly states that the woman had a meeting with the pirates at Dawnstar and made some deal with them - you should head there and investigate the manner. 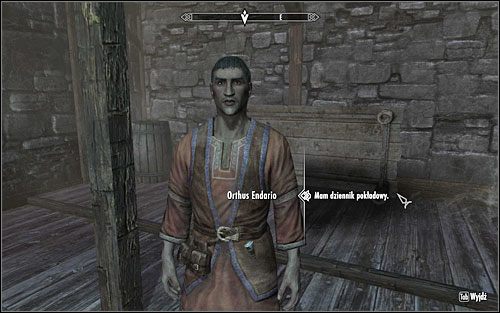 Orthus will suggest that you should speak with Stig Salt-Plank - a famous pirate known for his share in the biggest scams of Skyrim - in the first place. He can be found at Dawnstar.

After reaching Dawnstar, find the Windpeak Inn (in the south-west part of town). It's the meeting place of most of the northern pirates, including Stig Salt-Plank (screen below). 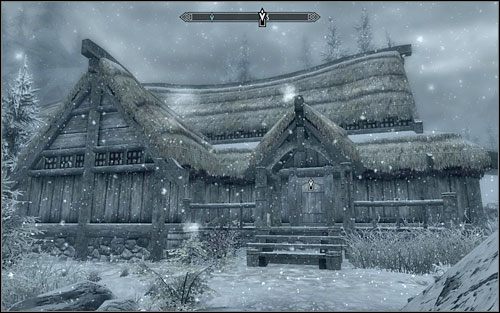 As you enter the inn, speak to the one-eyed pirate - Stig. From the conversation you will learn that he's the captain of the Blood Horkers and robs ships with them. He will also mention Haldyn - a powerful battle-mage who aids the pirates in their fights. Ask him how you can join the crew and the man will lose his open attitude. At this point you can either bribe him, challenge to a fist fight or just kill him (in the latter case you will find a useful note by his body, but remember that it will increase the prize for your head!). 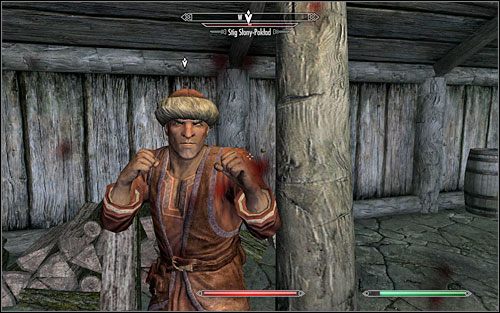 Regardless of how you solve this case, you should return to Orthus and tell him of what you learned.

As you return to the East Empire Company, you will not only meet Orthus but also a heavily armed woman. From the conversation they will have you will learn that the Company's situation is getting worse and worse. After being noted, give the report and inform that the leader of the Blood Horkers is the mage Haldyn. 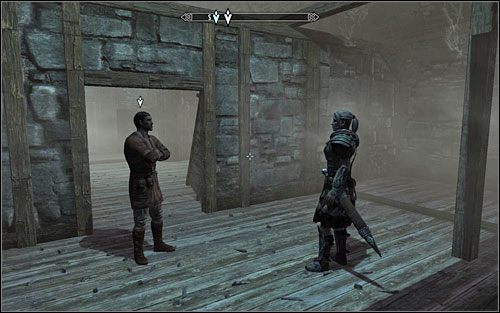 Adelaisa Vendicci - as that' the gloomy woman's name - knows the pirate mage well. As the Company doesn't have too much mercenaries, you will be automatically hired as her bodyguard. The plan is so bold, that it's almost crazy - you're going to attack the pirates!

Head out of East Empire Company and look at the docked ships. One of them belongs to the Company. Before informing the captain that you're good to go, stock up on health potions and your best weapon - you won't have time for that later on. 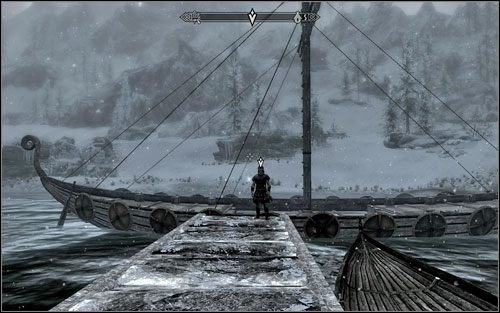