This page of our guide to TES V: Skyrim contains a detailed walkthrough of The Blessings of Nature side quest. This quest begins at The Bannered Mare Inn in Whiterun and your main objective is to retrieve some items from locations called Orphan Rock and Eldergleam Sanctuary. In the final stage of this quest you will have to battle with wild animals and Spriggans. 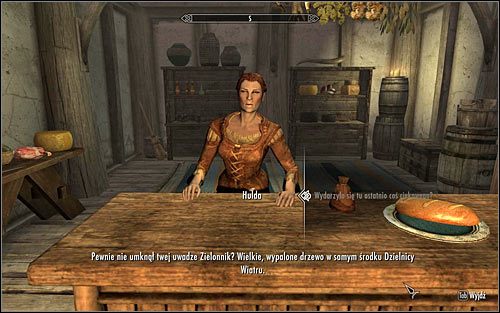 Head to Whiterun. After reaching the city, you can move to activating this quest or dedicate some time to learn of it officially. If you choose the latter option, I'd recommend visiting The Bannered Mare inn. Speak to the owner - Hulda - and ask her of any new gossip to learn of a burned tree known as the Goldergreen (screen above). Note that therefore you have unlocked Miscellaneous: Talk to Danica about the Goldergreen being destroyed. 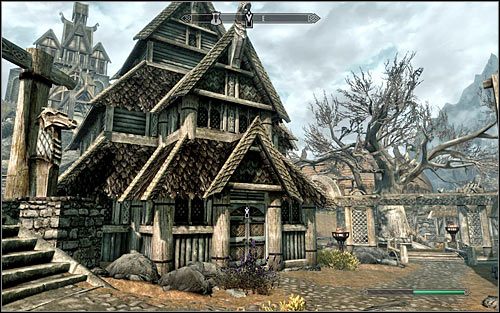 Head out of the inn and search the northern part of Whiterun for Danica Pure-Spring. The priestess, depending on the time of the day, can be found on the main square on which the destroyed tree is, or inside the nearby Temple of Kynareth (screen above). Speak to Danica and mention the tree (if you didn't meet Hulda, you will have to start off by learning what's going on in the first place). Danica needs the sap of Eldergleam, as it seems to be the only possible way of curing Goldergreen. The first step however will be finding the Nettlebane, the only weapon capable of cutting through Eldergleam's bark. 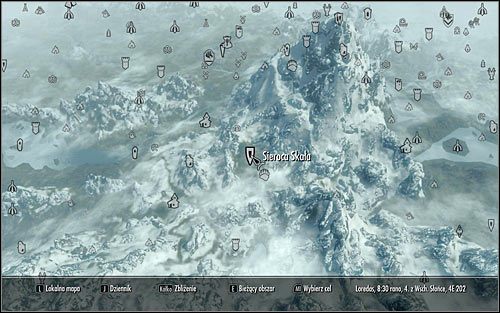 Open the world map and locate your destination, the Orphan Rock (screen above). It's south of Whiterun and it would be best to begin at Helgen, the keep you "visited" at the very beginning of the game (optionally you can also start at Riverwood). After reaching Helgen, head east and afterwards turn north (before reaching Falkreath Stormcloak Camp). 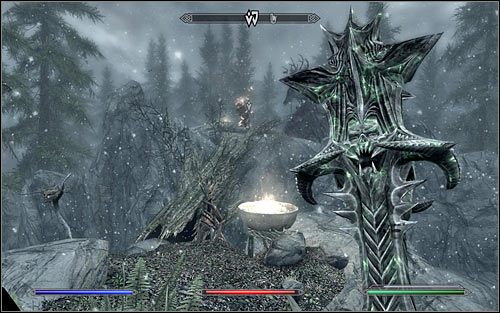 Before reaching the destination, you will be attacked by magic-using witches, though they're not very resistant and as a result should die easily. The biggest threat will be the Hagraven found beside the altar to which the fallen tree leads (screen above). Blocks its attacks and try to end the fight as fast as possible. Afterwards examine its body and collect the Nettlebane. 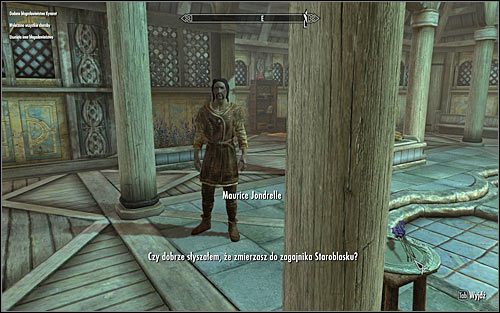 Return to Whiterun and once again find Danica to inform her of finding the blade. She will ask you to complete the second part of the quest, which is heading to the Eldergleam Sanctuary and obtaining the sap. Soon afterwards you should be stopped by Maurice Jondrelle (screen above) who will want to accompany you to the Sanctuary (if you didn't meet him, try entering the Temple of Kynareth). I'd definitely suggest accepting his offer, as not only will it allow you to reach an alternative ending, but Maurice will also join your team as an independent follower, so you won't have to give up on your current one. 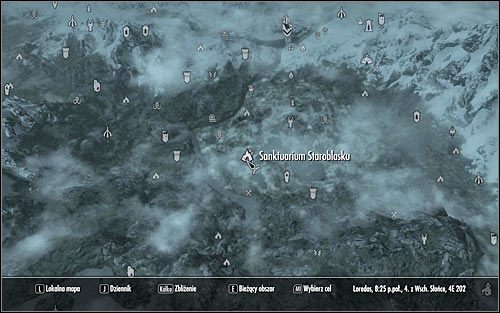 Open the world map and plan your journey to the Eldergleam Sanctuary (screen above). The location can be found in the eastern part of Skyrim. If you haven't unlocked it yet, it would be best to start at Windhelm and head south from there. Look out for wild animals and Giants on your way and eventually you should reach a cave entrance. Head onwards through the narrow corridors and you will reach a large grove. 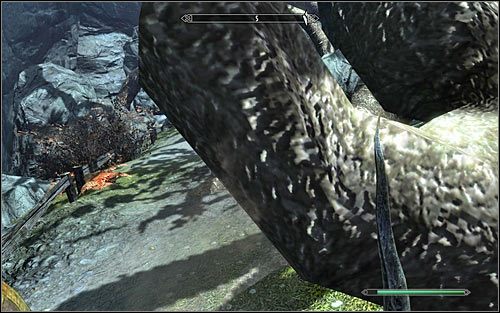 Head towards the tree visible in the distance, at best staying on the main path. Luckily you won't come across any enemies here, so you don't need to explore the area thoroughly. Soon you should reach a path leading directly to Eldergleam. Turn on your inventory and set Nettlebane as your active weapon. Use it to attack the tree branches (screen above) which should unlock a passage to Eldergleam. Stop by the tree and decide how you want to act. 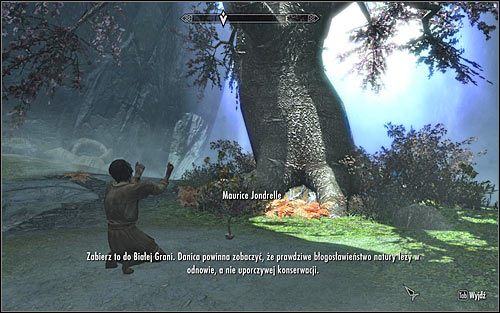 If Maurice accompanied you to the grove, you will be able to speak to him now. The man will be shocked by your aggressive actions and you can ask him if he has any alternative ideas of solving Danika's problem. Maurice will suggest planting a new tree in place of the burned Gildergreen. Follow Maurice, wait for him to finish a short ritual (screen above) and take the Eldergleam Sapling which will appear near the giant tree. 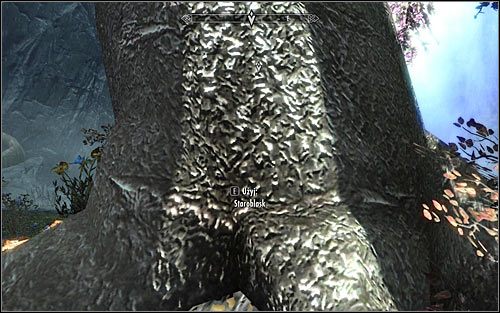 If Maurice didn't accompany you to the grove or if you don't want to plant a new tree in place of Gildergreen, make sure you have Nettlebane as active weapon and approach Eldergleam. You don't need to attack the tree, as pressing E to interact with the giant tree will be enough (screen above). You should automatically obtain Eldergleam Sap. 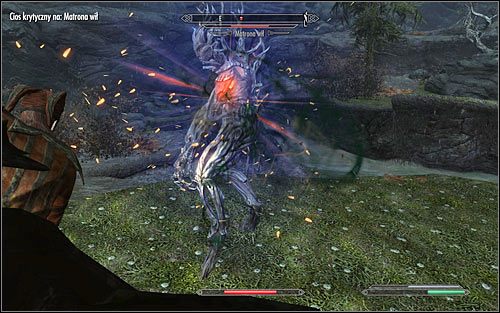 Obtaining the Eldergleam Sap will have negative consequences, in the form of Spriggans attacking you regularly as you head to the exit. Especially look out for the Spriggan Matron that you will come across at the very end (screen above). As they are vulnerable to fire, you should use spells based on that element, as well as weapons dealing such damage. 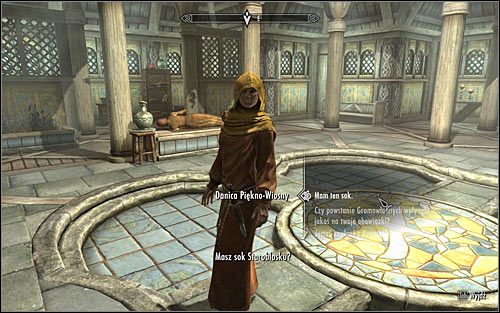 Regardless of how you acted in the grove, you will now have to return to Whiterun for the last time and give Danica the Sap (screen above) or Sapling. Unfortunately there isn't any prize for this quest, though you will now be able to ask Danice to train your Restoration.