This page of our guide to The Elder Scrolls V: Skyrim contains a walkthrough of the Pale Lady side quest. In this mission you have to investigate the Frostmere Crypt in order to recover a sword. This involves a battle against monsters and encounter with the Pale Lady. There are to ways to defeat the Pale Lady - you can either kill her or imprison her. 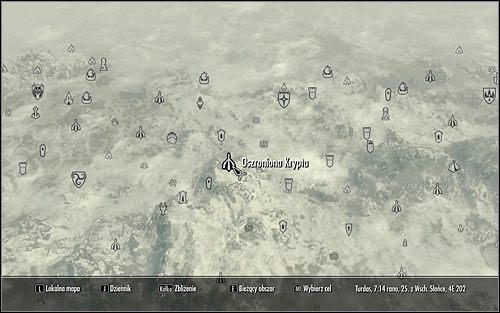 Open the world map and head to the Frostmere Crypt found in the northern part of Skyrim (screen above). If you haven't found it yet, it would be best to begin at the nearby Dawnstar. 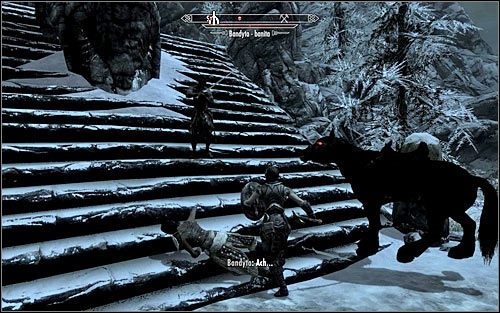 After getting there, you should note Eisa Blackthorn fighting some Bandits (screen above) and you can either help her or wait until she defeats them herself. Wait for the conversation to begin, during which you can act in two ways. The first option is asking Eisa for details of the fight. The woman will then tell you of a stolen sword that she wishes to recover. The second option implies acting aggressively towards her which will end with a fight. In such situation you have to kill Eisa and afterwards examine her body to find Eisa's Journal which you should read from the inventory. 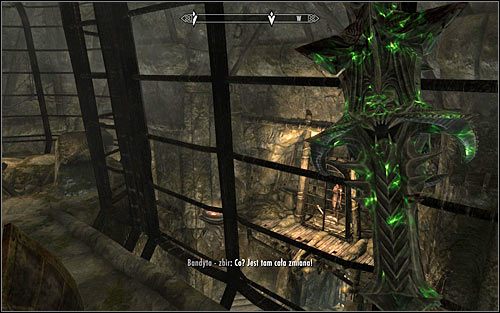 Regardless of how you acted towards Eisa, you now need to head towards the entrance to the Frostmere Crypt. Start exploring this location and be ready to eliminate the Bandits that you come across on your way. Eventually you will reach a bigger room (screen above) in which you should listen to the conversation between two enemies. Note that you have therefore received a new objective.

New main objective: Follow Kyr and Ra'jiir into the tunnels 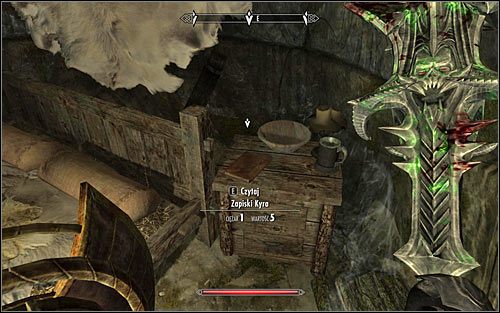 Head onwards through the crypt, focusing on finding documents regarding the theft which are hidden in the small south-east room. Especially search for all of Kyr's Logs (screen above), though if you haven't fought Eisa at the beginning of the quest, you will now have to take her Journal as well. 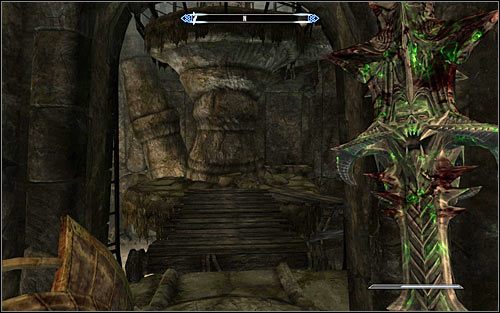 Jump to the lower room and head west, eventually reaching a lever which you need to pull. Doing so will unlock a passage behind the bars, so return to the main room and head north (screen above). The further exploration will have a very linear course, though you have to take into account that you will get attacked by more Bandits regularly. Especially look out for those capable of using magic. 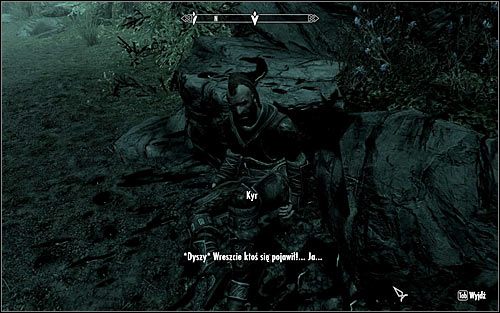 Eventually you should reach a door leading to the Frostmere Depths. There, speak with the dying Kyr (screen above) who will tell you that he was betrayed by Ra'jirr. Move onwards and in the distance you will see the Khajiit who will get murdered by the Pale Lady. Be sure to save the game, as the final battle will begin. 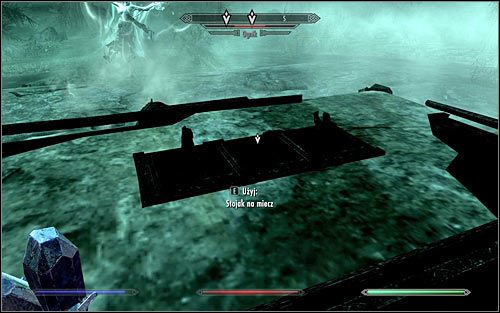 You can fight Pale Lady using two main methods. The first is defeating her in direct combat, though it this case you should in fact begin with the Wisps that accompany her. Only afterwards should you move to attacking the Pale Lady herself (screen above), of course while keeping an eye on your character's health and trying to avoid her magic attacks. 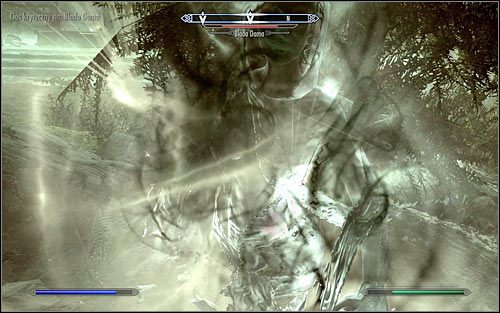 The second method is imprisoning the Pale Lady. The advantage is that you won't have to fight her, though on the down side you also don't receive the prize for completing the quest. If you want to choose this method anyway, start off by approaching Ra'jirr's body. Examine it, take the Pale Blade and interact with the sword stand (screen above). 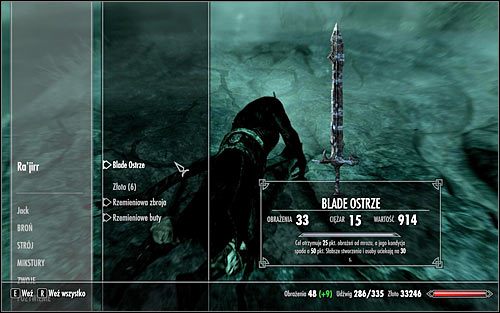 If you defeat the Pale Lady in direct combat, you will be able to examine Ra'jirr's body and take the Pale Blade (screen above). Otherwise, the sword will be on the stand. What's interesting is that that doesn't end things for good, as you will be able to return here in the further part of the game, take the sword from the stand and try to fight the Pale Lady again. Regardless of the chosen option, take a look around the area for a Word Wall with the Word of Power - Flesh, Ice Form (eastern part of the cave).