On this page of our guide to TES V: Skyrim we have prepared a detailed walkthrough of The White Phial side quest. You can get this quest in Windhelm. You have to obtain a White Phial for Nurelion. The item can be found far out of town, inside a forsaken cave full of monsters.

While in Windhelm, head to The White Phial apothecary shop. It can be found in the western part of the city, beside the market place. After heading inside, you will witness a fight between Quintus Navale and his gruff master - Nurelion. If you speak to the elderly Elf and ask him of the cause of the fight, he will tell you that his apprentice doesn't let him go on a search of a very precious artifact alone. The man is clearly overestimating his strengths, as he nearly coughs out his own lungs talking with you. It would be good to unburden him and help in his studies. 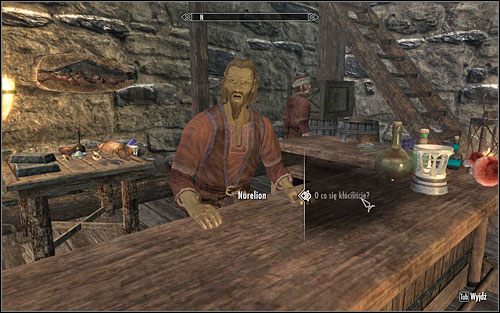 The artifact which Nurelion seek is the White Phial - an ancient instrument allowing to multiply any alchemical substance found inside it. It can be found far out of town, inside a forsaken cave.

Head out of Windhelm and go west - follow the path and you will reach the Forsaken Cave (screen below). After getting inside, equip a bow or spells with fire effects, as you're going to fight two Ice Wraiths or Cave Bears (depending on your level). Further on, you should look out for a trap (pressure plate) and be ready to battle some Draugrs. 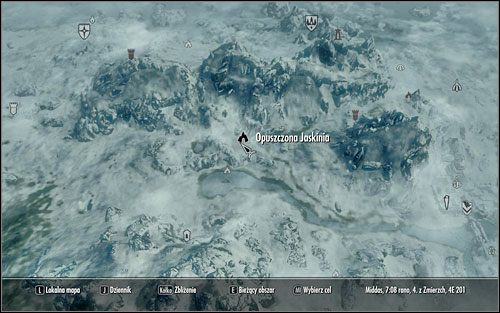 Move onwards, crossing successive rooms and defeating the undead. As you're passing by a table with metal ingots, note the book entitled The Mirror - it can increase your Block. As you're exploring the underground, pay attention to the niches in which the dead are lying - some of them might raise and attack you if you're too loud. Also keep an eye for pressure plate, as there's quite a lot of them in the cave. 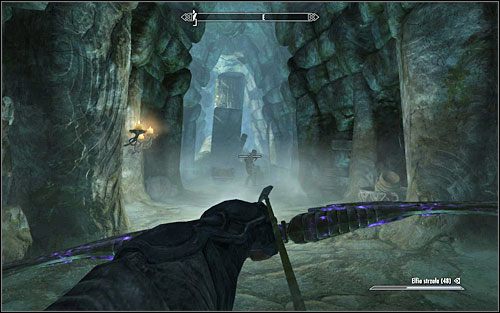 Sooner or later you will reach a steel door leading to Forsaken Crypt. There you will come across a group of slightly stronger Draugrs and some more clever traps (screen below). You can go head through the succeeding rooms without having to worry about getting lost, as their arrangement is very clear. 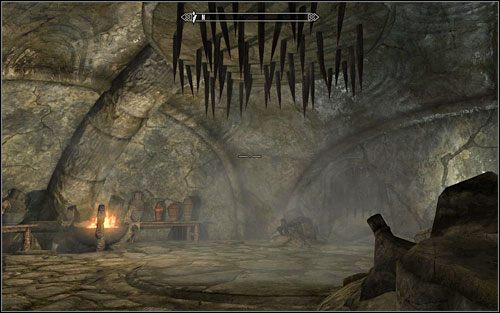 After heading through the room with the spiked ceiling (screen above) and defeating the guards in the next room, you will reach a corridor with swinging blades. Theoretically it might seem that the best way of getting through is using the Whirlwind Sprint Shout, though by doing so you would wake up the Draugrs sleeping in the next room. The main problem is the one known as Curalmil, as he's very powerful and can use a Shout which knock the weapon out of your hand. Therefore if you're not playing as a warrior capable of dealing with such threats, it would be best to manoeuvre between the swinging blades. Afterwards you can quietly eliminate the weaker enemies and the boss (screen below). 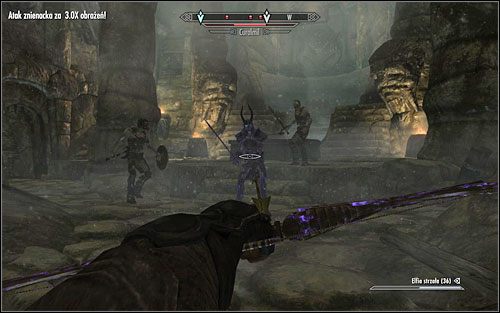 After dealing with the undead, read the Word Wall found behind the altar and head to the room with the ancient bowl (it's by the wall). There, pour the potion received from Nurelion into it (screen below) to activate a mechanism which will open the door behind the bowl. Head inside and take the Cracked White Phial and all the alchemical ingredients you consider useful. 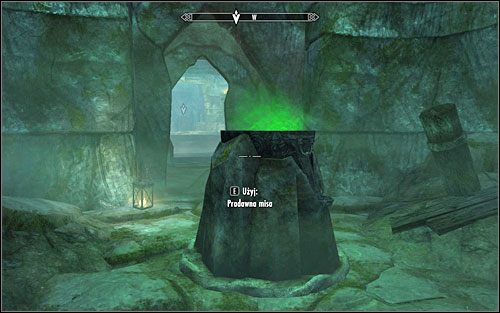 As you are now in possession of the artifact in question, you can return to the quest giver. Leave the room in which you defeated Curalmil by going through the western door. Head back though the Forsaken Cave a bit and eventually you will reach the surface.

Head back to the shop in Windhelm and speak with the old Elf. The man won't be impressed with the cracked artifact - at this moment he can't be sure that it's the real White Phial. Regardless, he will thank you for your effort and offer you a stunning payment of 5 gold. 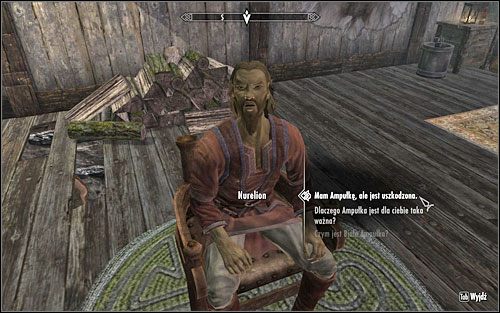 The prize probably didn't meet your expectations. Don't worry however and speak to Nurelion's apprentice, Quintus. As you tell him what happened, the man will reward you more generously by offering you 500 gold. 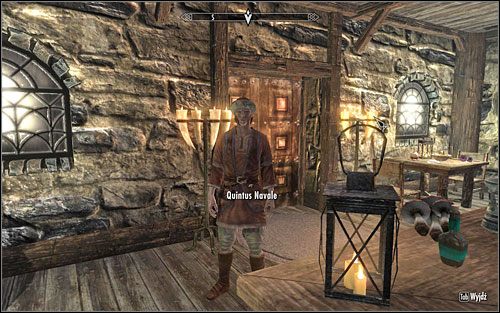 Even though The White Phial ends now, the story itself doesn't. If you want to help the alchemists in their further search, head to the description of Repairing the Phial.