Heading to the Knifepoint Ridge 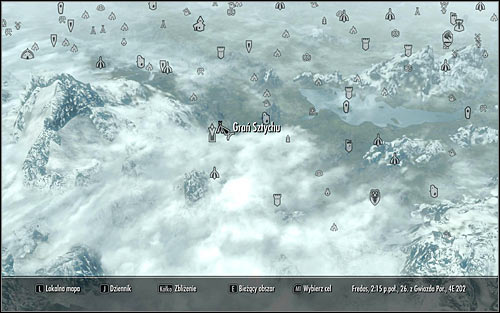 Notice - Before doing anything, don't forget to choose a new follower in the place of the murdered one! Open the world map and find Knifepoint Ridge (screen above). It's located in the southern part of Skyrim and if you haven't unlocked it yet, it would be best to begin at Falkreath or Rorikstead. 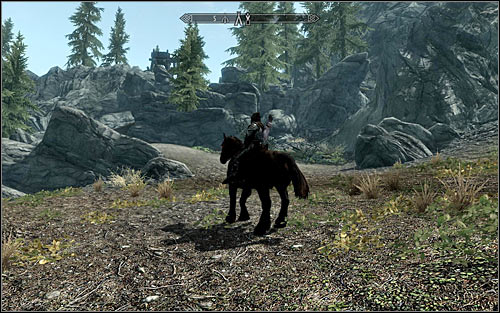 After reaching the bandit camp, you will once again have to decide how to act. As I have mentioned before, there is no penalty for getting rid of the enemies in direct combat. If you don't mind charging in, approach the mine form the north-east (screen above). Look out for the rock avalanche and at least one archer occupying the tower on the left. 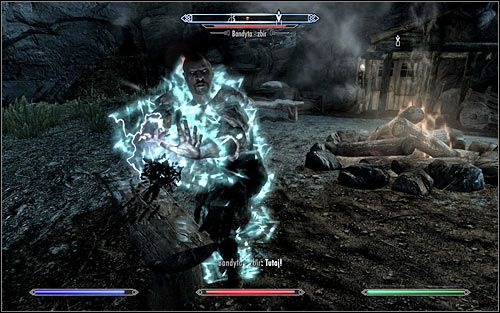 After reaching the village, move to eliminating more Bandits. It's worth to mention that you don't need to clear the whole camp, as you're only required to kill all the bandits found inside the mine. Look out for the Bandit Thug who you will probably meet at the very end (screen above), as he's capable of using high-level magic. 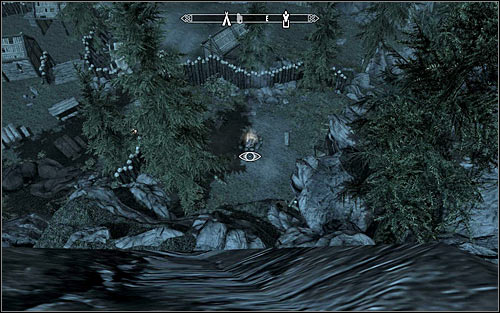 If you plan to attack the enemies by surprise or to sneak, it would be good to approach the mine from the west. It means having to climb the mountainous area and a horse would be good for it. Eventually you should reach a place from which you will be able to see the whole camp (screen above). 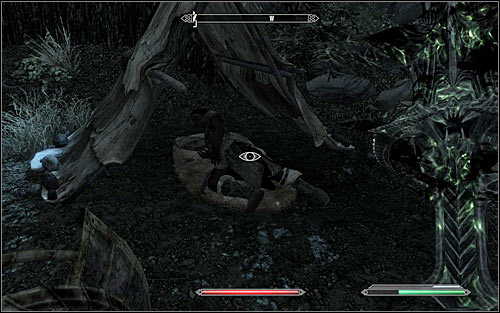 Depending on your liking, you can either start attacking the enemies from a distance or become invisible, slide down and head inside the mine. It's also worth to do it all during the night, thanks to which some of the enemies should be sleeping (screen above) and therefore you will be able to sneak past them or attack by surprise more easily. 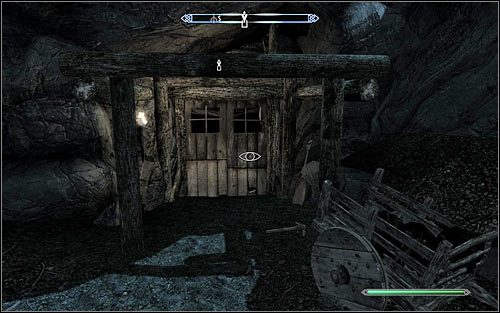 Regardless of the chosen tactic, you need to reach the main entrance to the Knifepoint Mine (screen above). Save your game, as soon enough you will face the former Champion of Boethiah. 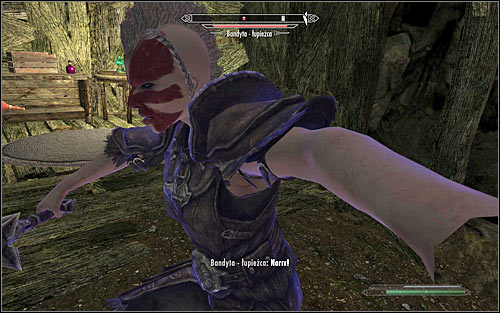 Head south, dealing with a single bandit on your way. If you want to thoroughly explore the mine, I'd suggest waiting with it until you complete this quest. Turn east and be ready for a fight with a single Bandit Plunderer (screen above). 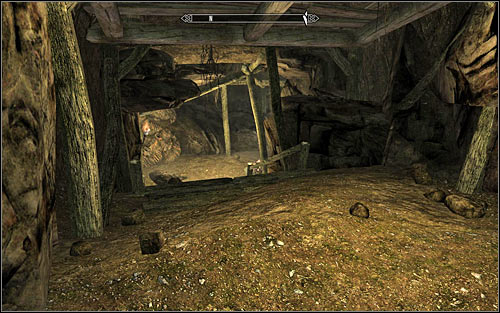 You will now have to make a choice. The main cave in which the other enemies are can be reached in two ways, either by easily opening the eastern gate or by choosing the northern corridor (screen above). 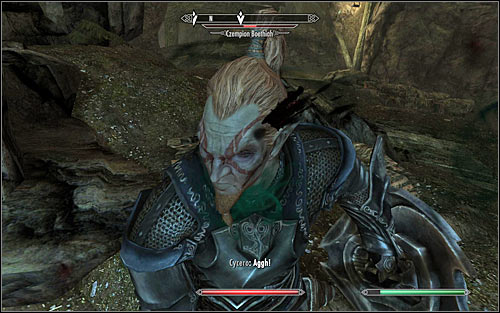 You can attack the last group of Bandits. The most challenging enemy will be of course the Champion of Boethiah (screen above). As he's an excellent warrior, it would be good to keep him at distance and during direct combat block or avoid his attacks. You need to eliminate all the enemies marked with arrows. 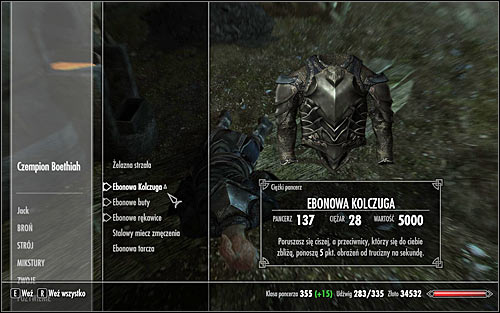 After the battle, Boethiah should speak to you and congratulate on winning. She will also tell you to take the Ebony Mail off of the former Champion. Locate the dead bandit leader and take it from his body (screen above). It's an excellent heavy armor, thanks to which you can silently move and poison nearby enemies. While you're at it, I'd also recommend taking all the other Ebony items. Even if your character doesn't use heavy armours, they are still precious items. Listen to what Boethiah has to say for the last time and the quest will end. As I have mentioned before, you should take a look around the mine before leaving it, checking out all the chests and locked passages.