New main objective: Talk to Ysolda in Whiterun about the staff 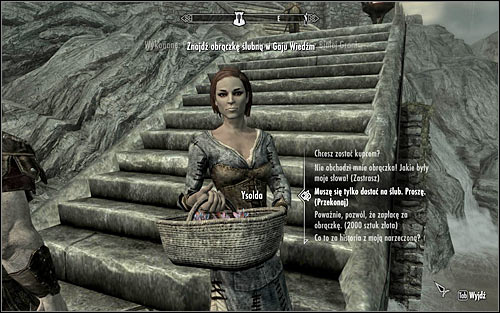 Open the world map and head to Whiterun. Searching for Ysolda is best done during the day, as by night she heads to her house in the southern part of the city and you can't get inside without picking the lock. The woman should be walking along the main part of Whiterun, stop and speak to her. The meeting will be very similar to the two previous ones. The first option is using a shortcut and depending on your liking you can try to persuade her to your side (screen above), intimidate or give her some gold. In such situation you will learn of a feast in Morvunskar and can skip the description below and go to Heading to Morvunskar. 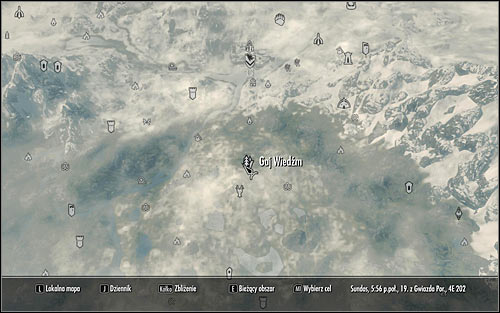 If you weren't able to convince Ysolda to give you the details of the previous night, you will need to head to your would-be wife and ask her for the wedding ring. Open the world map and search the eastern part of Skyrim for the Witchmist Grove (screen above). It's best to begin at Windhelm and head south. 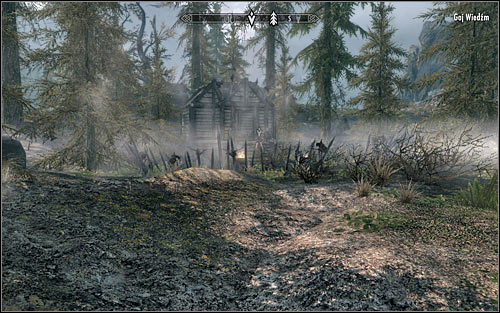 Look out, as on your way to the Grove you might be attacked by not only wild animals, but also more Giants. After reaching the destination (screen above) you will make a quite surprising and at the same time funny discovery. It will turn out that the hero's beloved on is Moira, a... Hagraven! 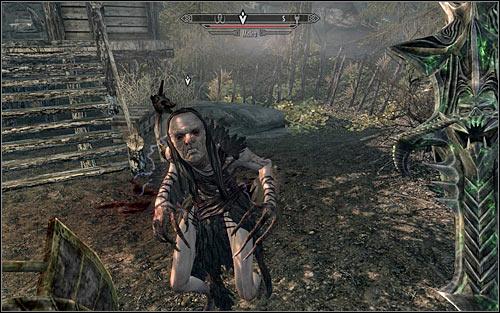 Speak with Moira and ask her for the ring. She will of course be mad at you and it will lead to a fight between you (screen above). The good news is that Moira is considerably weaker that the other Hagraven, so you don't need to worry about the fight too much. 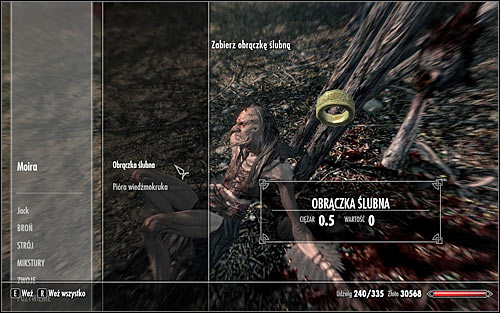 After the fight, search Moira's body and take the Wedding Ring (screen above). You can now open the world map and head back to Whiterun. Find Ysolda and give her back the ring, thanks to which you will learn about the ceremony in Morvunskar. 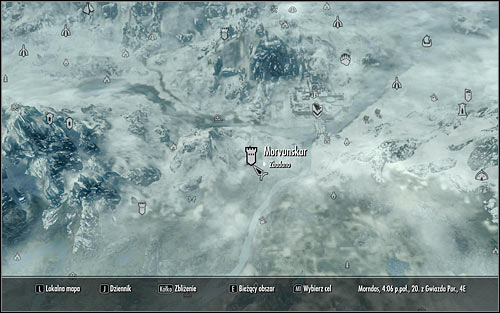 Open the world map. The Morvunskar fort is in the eastern part of Skyrim (screen above). Assuming you haven't yet discovered it, it would be best to begin at the nearby city of Windhelm. 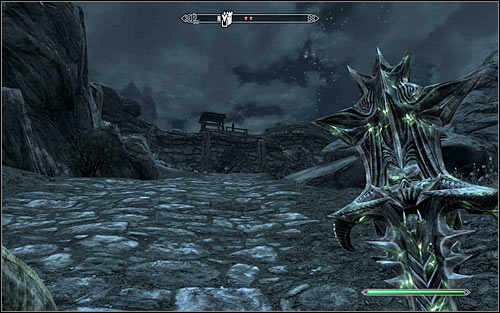 There are some enemies inside the fort and if the vision of fighting them doesn't scare you, use the main entrance by reaching the fort from the south-west (screen above). Inside you will be mostly attacked by novice mages, so eliminating them shouldn't be too hard. Don't however let them surround you and try to deal with the ones specializing in offensive spells quickly. 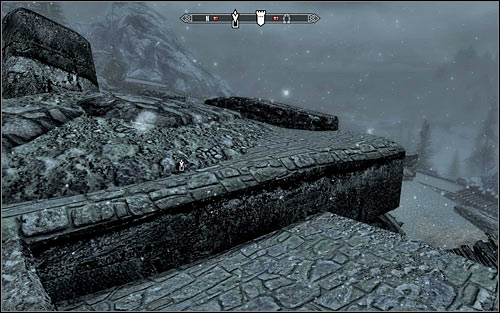 If you don't want to fight the mages, you can sneak to the entrance. It's best done at night and by approaching the fort from the west (screen above), as after getting there you will only need to quickly jump down. Regardless of the chosen tactic, use the door to get inside Morvunskar. 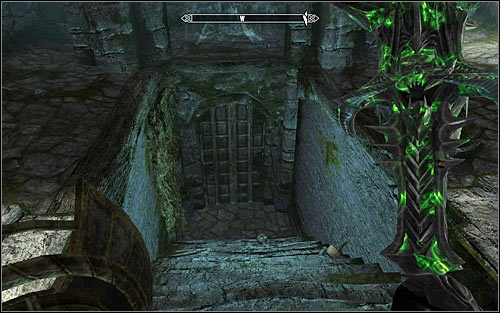 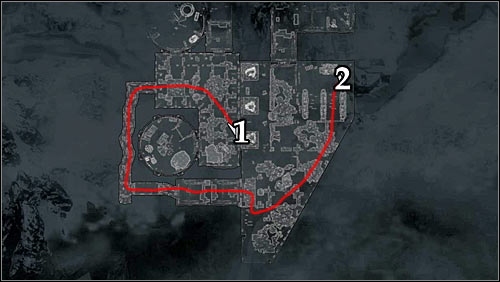 Depending on your liking, you can either focus on exploring the whole fortress or just head straight to the destination point. If you prefer the latter option, head north-west and find the stairs leading onto the lower level (screen above). Go down and open the door, head west and afterwards turn south. 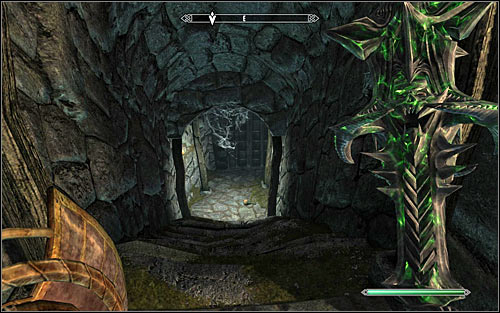 Follow the narrow corridor south, turning west soon afterwards. Once again go down the stairs onto the lower level (screen above) and open the door. Go a bit further east, entering the big room. I'd suggest saving your game early enough, as more fights with mages await you. 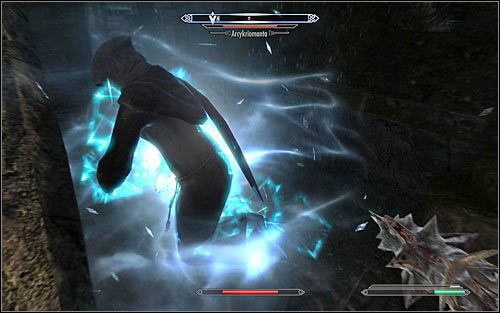 Here you can act in two ways. If you want to fight the mages, it would be good to attack them by surprise. Especially look out for the Arch Cryomancer (screen above), as he is not only more difficult to kill, but also can deal you high damage and raise his fallen companions. 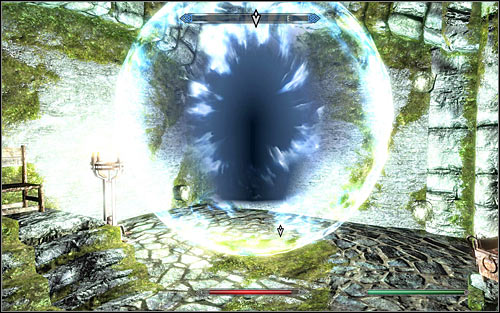 If you don't want to fight the mages, you can start sneaking or running towards the destination point, avoiding fighting on your way. Regardless of how you approached it, head north-east and stop at the designated point. A portal should appear, through which you have to go (screen above).

New main objective: Search Morvunskar for Sam and the staff 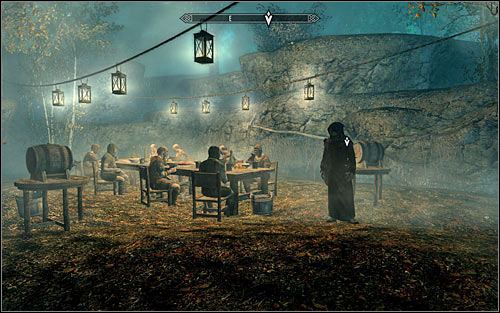 Now that you were taken to the Misty Grove. Hide your weapon, as nothing threatens you here, and start exploring the area by following the only possible path. Soon enough you should come across a large party table with people sitting beside it (screen above). By far more important is the character on the right, Sam Guevenne, with whom you had the drinking contest. 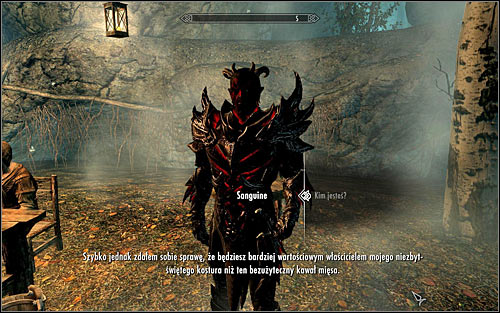 Approach Sam and speak to him to learn that he's really Sanguine, the Daedric Prince of debauchery. Sanguine will state that he had a great time with you and in return will give you the Sanguine Rose. It's a very powerful mage weapon, capable of summoning a Dremora to help you. In the end Sanguine will take you back to the inn in which you began the whole adventure and the quest itself will come to an end.