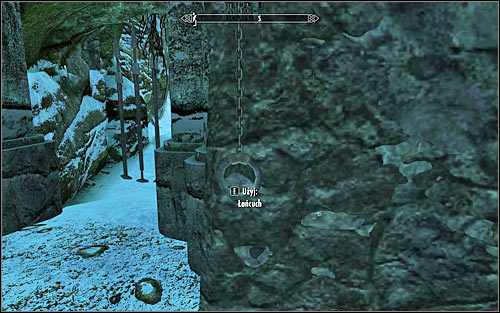 Luckily you don't need to go through the caves again, as you only have to go onto the upper balcony located behind Clavicus' status and pull the chain (screen above). Use the newly unlocked passage and you will shortly return to the surface. 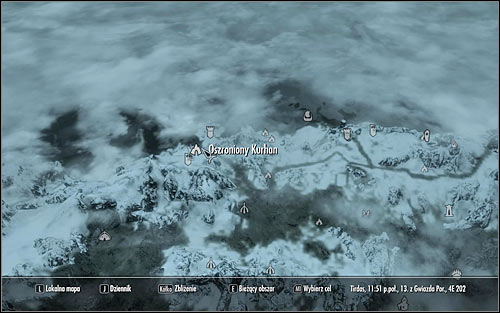 Open the world map and locate your destination, the Rimerock Burrow (screen above). The location is in the north-west part of Skyrim and assuming you haven't discovered any other area nearby the Burrow, it would be best to begin at Solitude or Dragon Bridge. 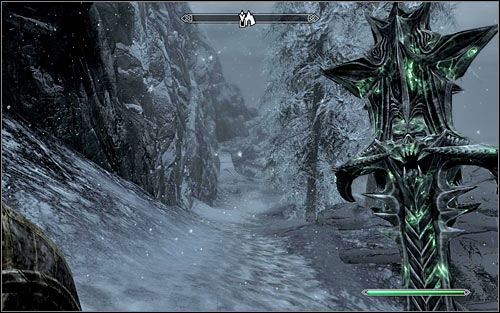 You have to approach the destination from the south-east, using the hardened path. As you get nearby the Burrow, get off the main path and find a smaller one leading west (screen above). Using that path will let you easily reach the entrance to Rimerock Burrow. If you don't want to waste time on looking for the path, stop directly above the destination points and carefully slide down the slop, landing on the wooden shelf below. 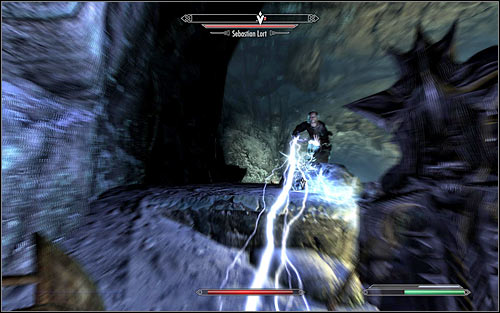 Save your game and begin exploring the Burrow. After reaching a bigger cave, start by dealing with the Flame Atronach who should die relatively quick. Only afterwards move to Sebastian Lort. The mage will attack you with powerful spells (screen above), to which you have to react appropriately. Personally I'd suggest using a shield which partially blocks magic or one of the protective spells with similar effect. 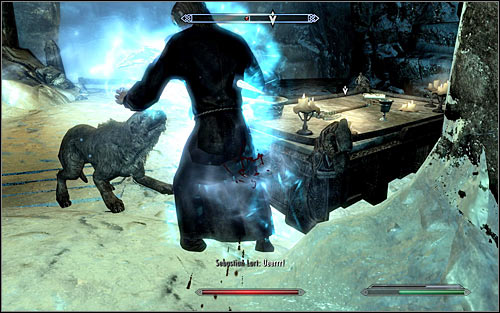 You can wait with attacking Sebastian until Barbas moves in and successfully draws the mage's attention away (screen above). Be careful, as some of Sebastian's spells can jump onto neighbouring targets or have area effects. Keep an eye on your character's health level and quickly heal him or retreat to a safe place if needed. Don't leave the mage unattained, as he can call in some magic assistants. 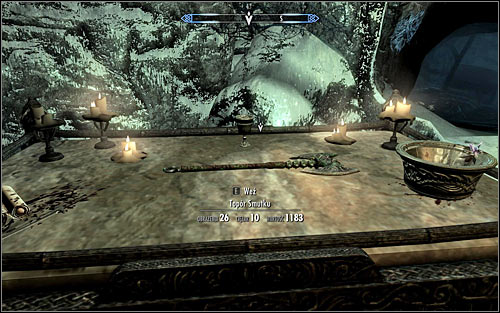 Keep fighting until Sebastian Lort dies. I'd of course recommend checking his body and taking a look around the whole cave, including the southern storage room (a chest with precious items). The most important thing to find is the Rueful Axe lying on the table (screen above).

Returning to the Shine of Clavicus Vile

New main objective: Return to the shrine of Clavicus Vile with Barbas and the Rueful Axe 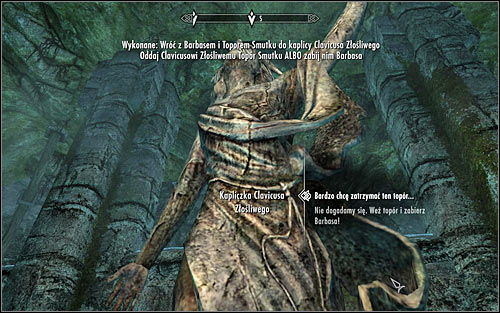 Head out of the Burrow, open the world map and head to Haemar's Shame. Sadly you won't be able to use the shortcut, so you will need to through the previously visited locations again. After reaching the room with the statue of Clavicus Vile, save your game and interact with the Shrine. The Daedric Lord will put you before a choice (screen above). 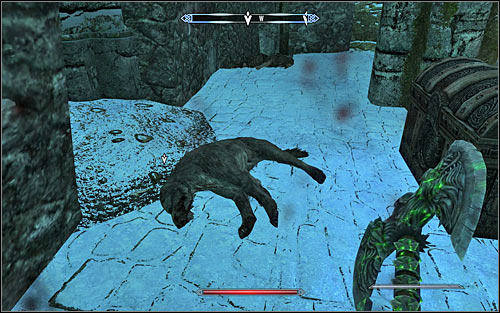 If you want to keep the Axe from the Burrow, choose the upper dialogue option. Open your inventory, set the Axe as the active weapon and attack Barbas (screen above). Notice: it's important not to use basic attacks, as they won't have an effect. After killing Barbas, approach the statue once again and speak with Clavicus for the last time. The Quest will therefore end and in return you will be able to keep the Rueful Axe, who main advantage is the ability to drain enemy stamina, for yourself. 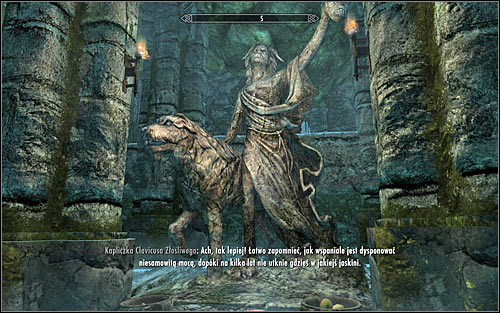 If you don't want to kill Barbas and return the Axe instead, choose the lower dialogue option. Listen to what Clavicus has to say, after which Barbas will disappear and become a statue beside the Daedric Lord (screen above). Your prize will be the Masque of Clavicus Vile, which apart from good defence also boost your Speech and mana regeneration rate.