New main objective: Use the Wabbajack to escape from Pelagius's Mind 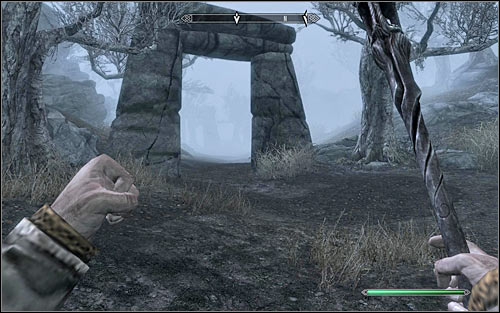 The riddles can be solved in any order you like and there are three paths leading to them, though I'd recommend taking them on in order, starting from the left. In order to reach the first riddle, choose the path leading north-west (screen above). 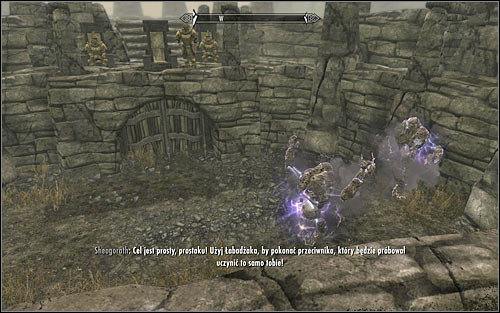 On your way you should of course listen to what Sheogorath has to say, as he will give you hints on what to do. Soon you should reach an arena on which magic creatures are engaged in a battle, while Pelagius observes them from afar (screen above). 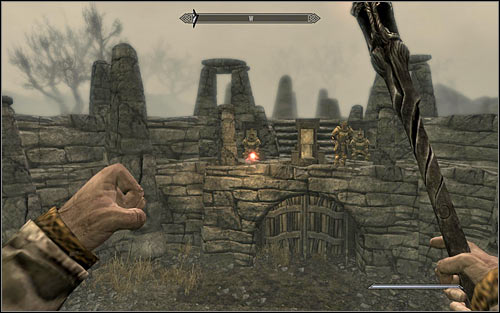 Prepare the Wabbajack and send a magic projectile towards one of the knights in heavy armours beside Pelagius (screen above). The knights should turn to wolves and attack the emperor and the puzzle will be solved. 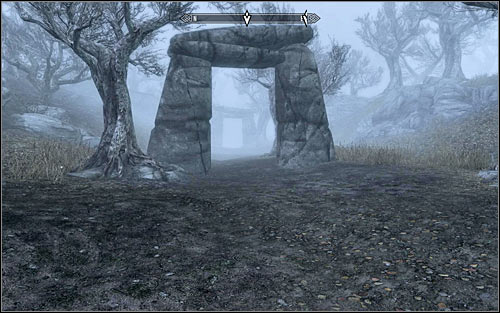 You now need to return to the central area in which Sheogorath is. To reach the second puzzle, choose the path leading north-east (screen above). 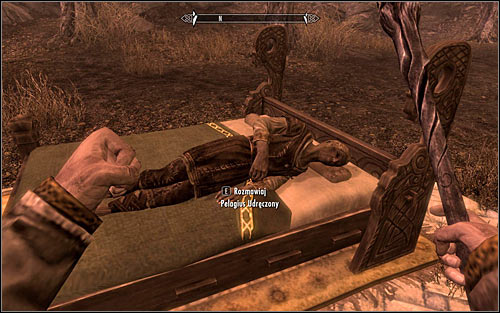 Eventually you should reach an area where you will see a sleeping Pelagius (screen above). start off by using the Wabbajack on him. Note - if you fail any step of the puzzle, you will have to start over from this moment. 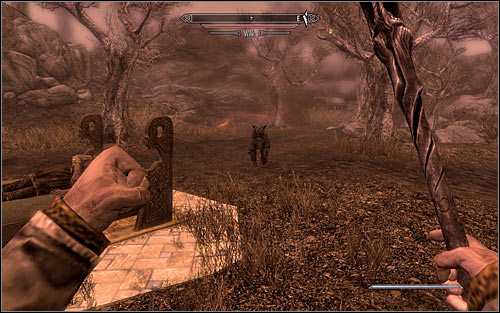 Hitting Pelagius with a magic projectile should cause a wolf (screen above) to appear. Use the Wabbajack on it and it should turn into a goat. 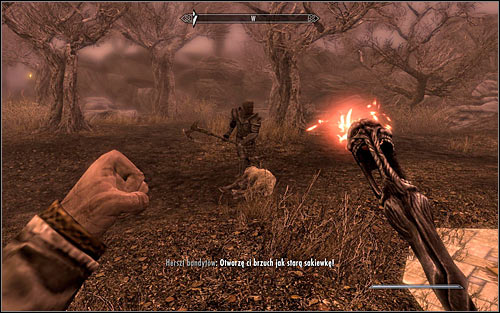 Once again use magic on Pelagius and this time a Bandit Chief should appear (screen above). Aim at him and use the Wabbajack. The bandit should be transformed into a small Pelagius. 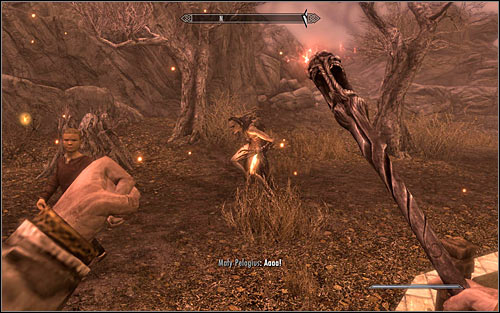 Now you traditionally need to hit Pelagius with a magic projectile. Be ready, as your next target will be a Hagraven (screen above). Hitting it will transform it into a sensual woman. 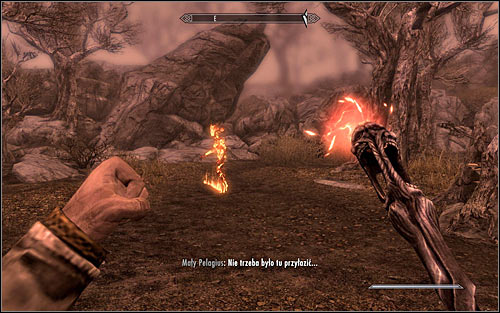 Once again use the Wabbajack on the sleeping Pelagius. Wait for a Flame Atronach to appear (screen above) and hit him with magic. 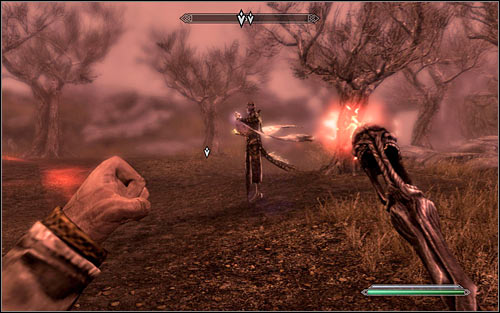 Only one sequence left in this puzzle. Use the Wabbajack on the sleeping Pelagius and afterwards attack the Dragon Priest (screen above). 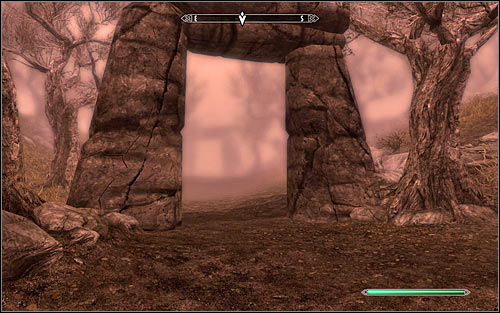 Return to the middle area in which Sheogorath is. In order to reach the third puzzle, choose the road leading south-east (screen above). 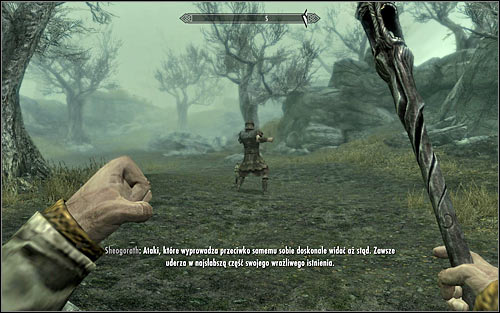 After reaching the new area, you should note that two states of Pelagius' mind - Anger and Confidence - are fighting among themselves (screen above). Your task will be to balance their strengths. 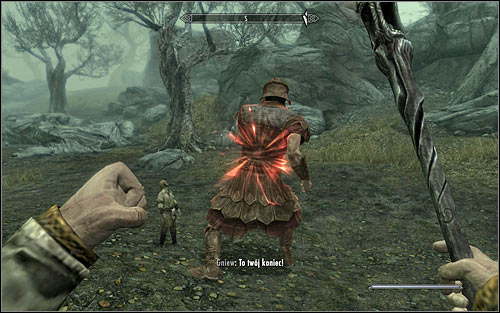 Use the Wabbajack and attack Anger twice (screen above). Note that he will grow smaller each time you do it. After the second hit Anger should cal in two creatures to help, both representing doubt. 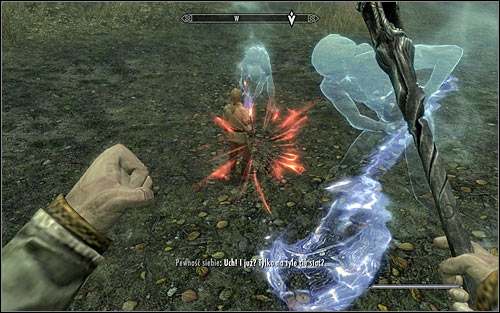 Now hit Confidence three times (screen above) and he will grow larger each time. With the third hit, the puzzle will be solved. 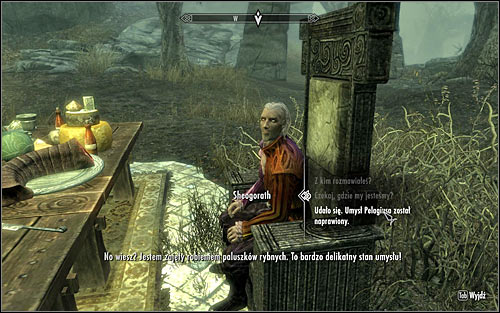 Return to the middle area for the last time and speak to Sheogorath to inform him of "fixing" Pelagius's mind (screen above). You will be in for a longer conversation with the Daedric Prince which will end in sending you back to the Pelagius Wing in the Blue Palace and the possibility to keep Wabbajack (it deals damage and inflicts a random status on the target). Note - before heading out, don't forget to re-equip all of your items!