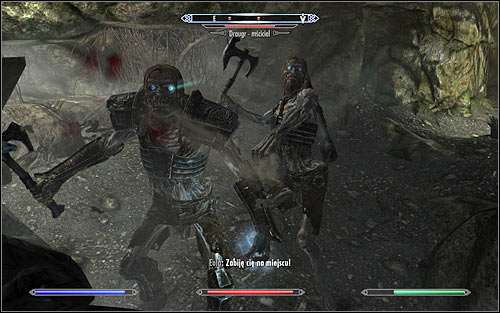 Now head south-west and afterward west. Another battle with monster awaits you, though it won't be much harder than the previous one. Try to take care of the weaker Draugrs fast, leaving the Draugr Scourges for the end (screen above). Just like before, you might consider increasing your ice resistance. As the main part of the battle will probably take place in a small room, you should also be very careful when playing as a character preferring ranged attacks. 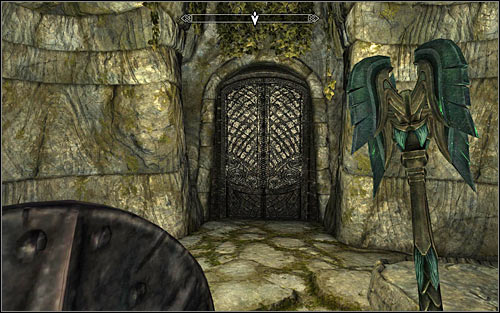 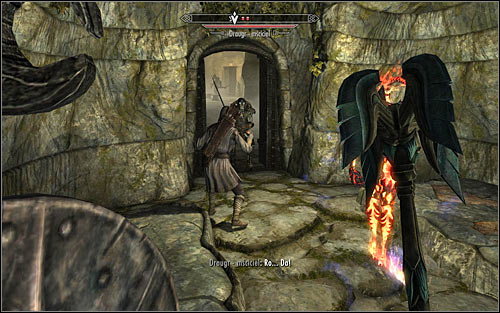 Open the door and try to stay in the area of the narrow corridor, waiting for the Draugr Scourges to come to you (screen above). Start attacking those monsters, taking care of the warrior with a two-handed weapon or the archers first, depending on your preferences. 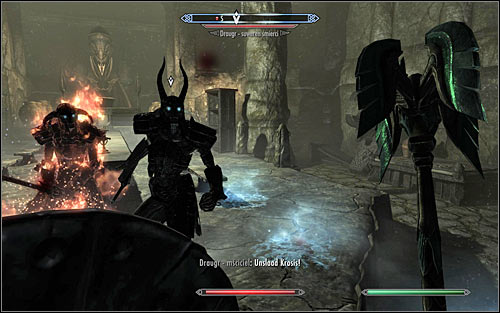 Try to stay away from the southern part of the room for as long as possible, as only then will the Draugr Death Overlord - the main boss of this location - stand from his throne and join the fight (screen above). If he however does stand up prematurely, you should still first take care of both Scourges and avoid his powerful attacks in the meantime. 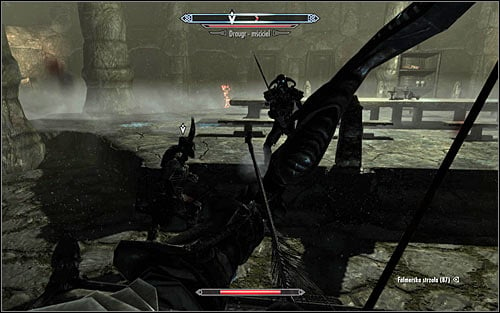 You must be very careful about Eola if she takes part in this battle and don't let the monster surround her, as she would be easily killed by their powerful attacks. You should of course keep an eye on your own health and heal when necessary. If your character prefers to attack enemies from a distance, you can always run around the whole room or just jump onto one of the graves (screen above), as none of the Draugrs should be capable of doing the same. 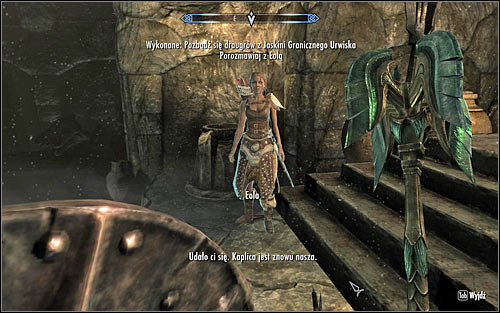 If Eola has been accompanying you in your journey through the caves (screen above), the conversation will be initiated automatically. Otherwise you will need to return to one of the previous rooms and meet her in one of them. The woman will ask you to help her in preparing a grand feast. You task will be to lure Brother Verulus so that you can sacrifice him as an offer to Namira. Eola will give you gold which might be helpful in persuading him, though using it isn't the only possible option.

Leading Verulus to the cave 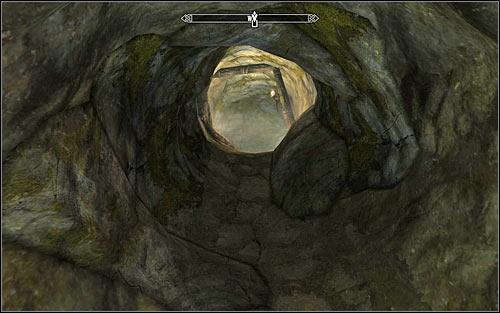 Of course start by exploring the room in which you had your last fight to find, inter alia, a chest with precious items. Return to the northern corridor and use the previously unavailable western passage (screen above). Soon afterwards you will reach an exit, therefore unlocking Reachcliff Secret Entrance. 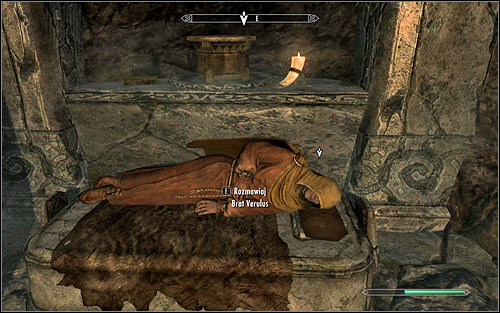 Open the world map and return to Markarth, specifically to Understone Keep. Brother Verulus can be met at the same place as before or in the northern part of the previously visited Hall of the Dead (screen above). 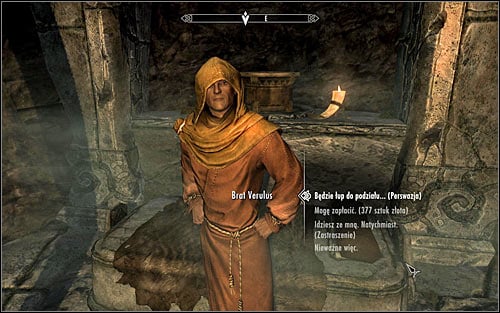 Speak to Verulus and confirm that you're willing to add him to your team. Verulus won't be too eager to help and as a result you will have to find a way to placate him (screen above). If you have highly developed Speech, you can try to persuade him to change his mind or intimidate. Otherwise you will need to convince him with gold. Also note that Verulus joins the team as an independent ally (just like Eoli), so you don't have to worry about losing your current party member.

New main objective: Lead Verulus to the Shrine of Namira 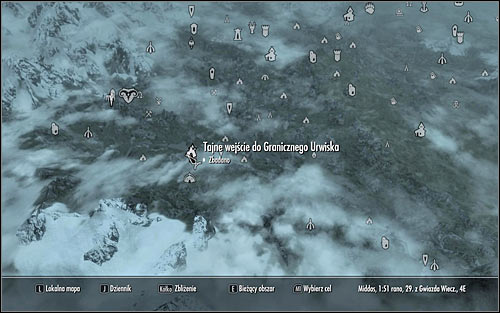 Head out of the Hall of the Dead and open the world map. If you had previously unlocked Reachcliff Secret Entrance (screen above), it would be best to head there. Otherwise you would have to choose Reachcliff Cave and go through all the explored rooms again. 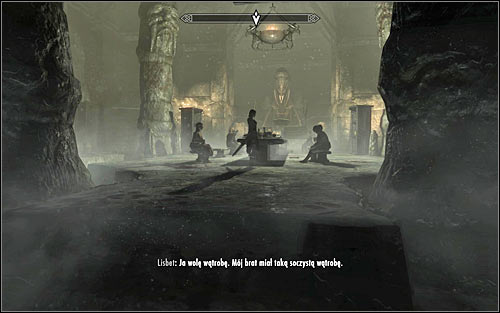 After reaching the destination, enter the temple and head to the room in which you fought the Overlord, where the feast is now being prepared (screen above). Approach Eoli and note that Verulus started acting like he was deprived of free will. I'd suggest quickly saving your game, as you will have to decide what to do next:

Note! If you prefer to join the cannibals and sacrifice Verulus, skip to Option B - Joining the feast. 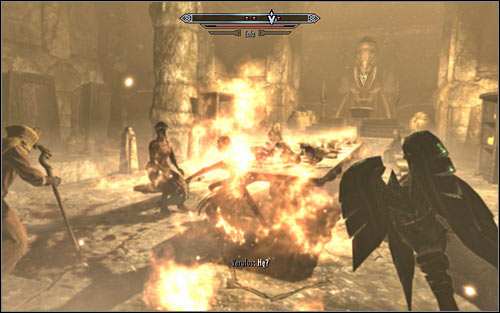 Don't wait for Verulus to approach the ritual table and quickly attack Eola and the other cannibals (screen above). Eliminating the enemies should be surprisingly easy and only Eola will be noticeably stronger than the others. 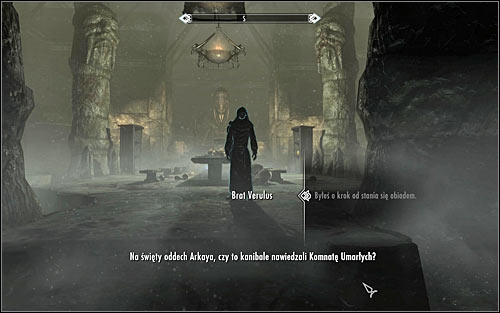 After the fight a conversation with Verulus should automatically start (screen above). He will grateful for saving him from the hand of the cannibals and will reward you in gold.

Option B - Joining the feast

Note! If you prefer to save Verulus instead of killing him, skip to Option A - Rescuing Verulus. 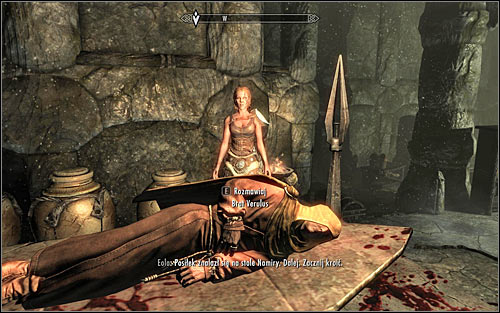 Wait for the "conversation" to end and follow Eola, reaching a table on which the monk should automatically lay (screen above). Now use any weapon or spell you like to kill Velurus. You don't need to kill him in one shot, you will be able to finish him off without him running away. 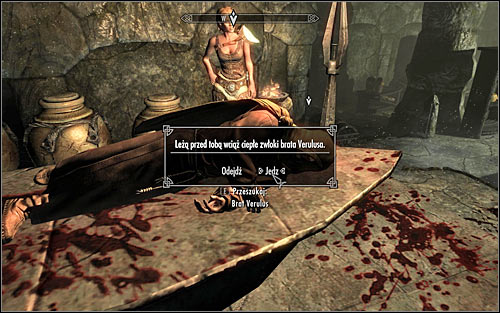 Stay where you are and interact with Verulus' corpse, confirming the will to taste his flesh (screen above). In the end hear out Namira who will be very pleased by the sacrifice. The Daedric Lady will reward you with a magical Ring of Namira which will not only boost your stamina but also let you eat the corpses of defeated enemies to regenerate health. You also will be able to add Eola to your party and travel Skyrim in her company.