New main objective: Give the Lexicon to Septimus 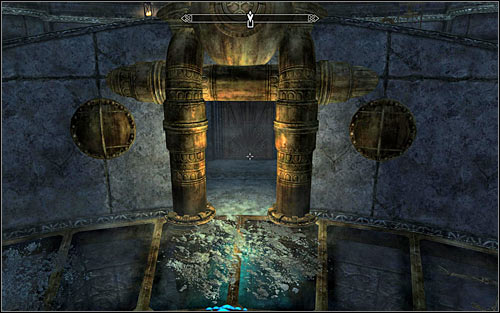 Before you can head to Septimus, you have to leave the Tower of Mzark. You luckily don't have to cross Blackreach and the underground ruins again, as you can use the lift in the eastern part of the tower (screen above). Interact with the lever and wait until you're transported to the surface. There, pull another level that previously blocked access to the elevator from the outside. 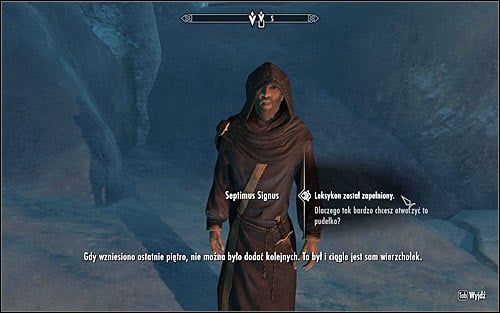 Open the world map and head back to Septimus Signus's Outpost. After getting there, enter the cave and speak to the mage to give him the Runed Lexicon (screen above). 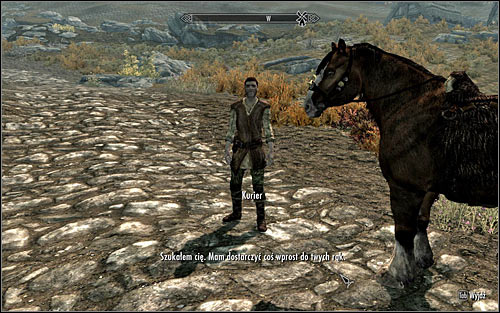 If during the second conversation with Septimus Signus you will be at least at level 15, you will automatically advance to the next part of the quest. Otherwise the mage will state that he needs some time to examine the lexicon and you will have to move on to other quests for the time being. Soon after reaching level 15, you should meet a messenger who will give you a letter from Septimus Signus (screen above). Read it from the inventory to learn that the mage wants you to meet with him again. 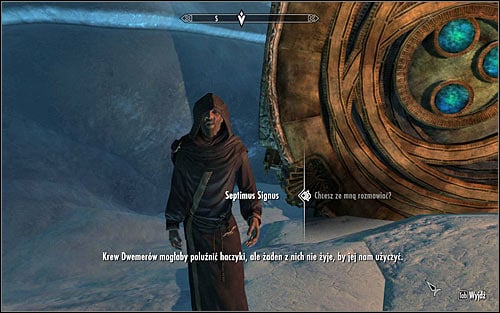 Continue and speak to Septimus Signus again to learn that he could use some Dwemer blood for further experiments (screen above). As obtaining it is impossible, Septimus will be satisfied with the blood of five other species which you will of course have to obtain (you will be using the Essence Extractor received from Septimus to gather samples).

Before moving into details, a few words of introduction. You need to harvest samples of Orc, Falmer, Dark Elf, Wood Elf and High Elf blood. The only way of gaining it is to kill a member of a given species, though I wouldn't recommend attacking any friendly NPCs, as you could accidentally lose the chance of receiving a particular quest or using the services of a given character. I'd therefore suggest searching for those who will be aggressive towards you from the beginning. You can harvest the samples in any order you like and even from bodies of enemies killed before receiving this quest (assuming you know where to look for their bodies). 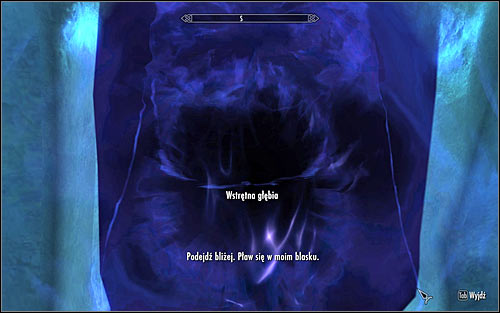 As you try to leave Septimus Signus's Outpost, you will be stopped by a Wretched Abyss (screen above) and will have to speak to her. It will tell you that you're in fact speaking to Hermaeus Mora. It turns out that Septimus will soon become useless to him and he's looking for a new emissary. Whether you agree to his idea or not won't play any role in the further part of this quest. 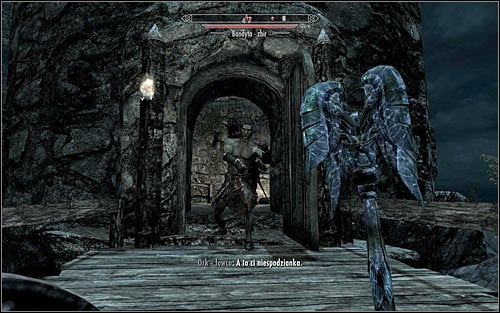 You can now focus on gathering the samples. Orcs (screen above) can be met in most camps, caves and keeps inhabited by bandits. 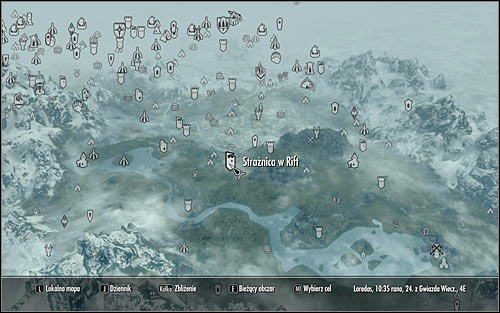 If you don't want to waste time on searching for this race, you can head to Rift Watchtower (screen above), located north-west of Riften. Having killed the Orc, interact with its body and harvest the blood. 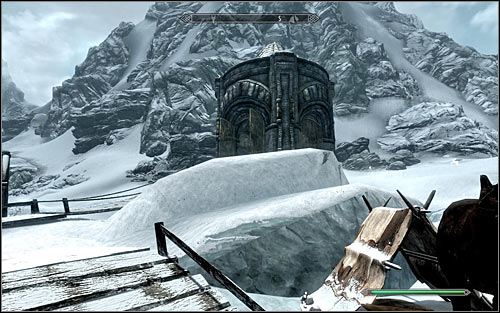 Falmers can be mostly met while exploring ruins, dungeons, graves and other such areas. As you have recently visited the dwarven ruins of Alftand (screen above), it would be probably easiest to return there now. 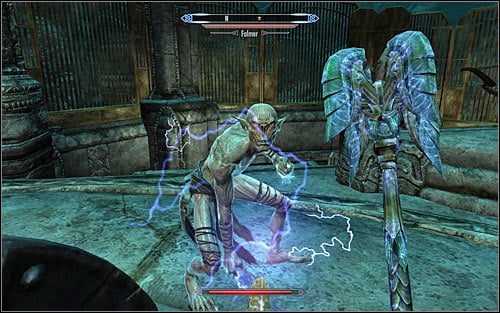 Afterwards look for a recently killed Falmer or kill one of the new creatures (screen above). don't forget to examine its body to harvest the blood. 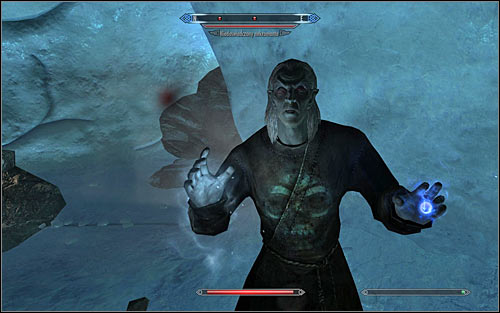 Dark Elves (screen above) can be met in some camps, caves and keeps inhabited by mages. Members of this race are usually necromancers. 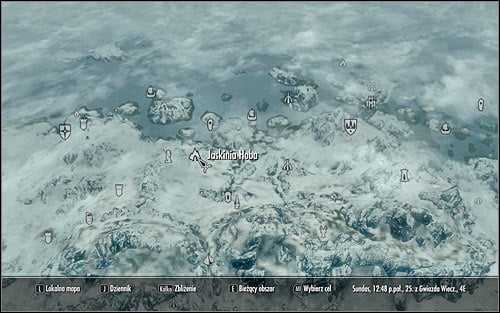 If you won't want to waste time on searching for a member of this race, you can head to Hob's Fall Cave (screen above), located west of Winterhold. The advantage of this location is that, apart from Dark Elves, it's also inhabited by High Elves, so you can harvest two samples at the same time. OF course don't forget to examine the body of the defeated Dark Elf to collect its blood. 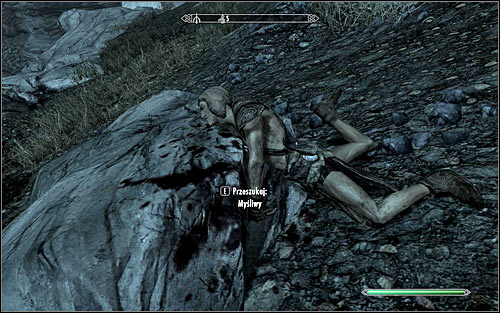 Wood Elves (screen above) can be met in most camps and caves inhabited by hunters. 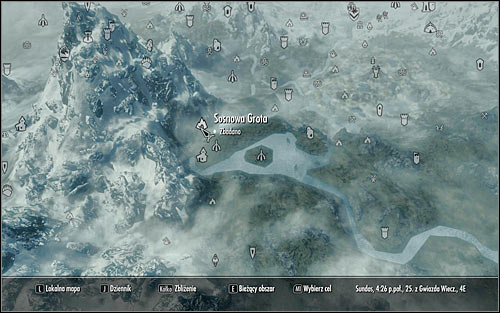 If you don't want to waste time on searching for a member of this race, you can head to Pinepeak Cavern (screen above) located right beside Ivarstead. Deal with the bear and look for a dead hunter, who should be a Wooden Elf. 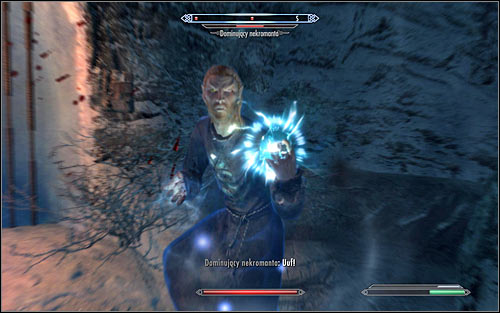 High Elves (screen above) can be met in some camps, caves and keeps inhabited by mages. Be careful, as they are usually demanding enemies capable of casting powerful spells. 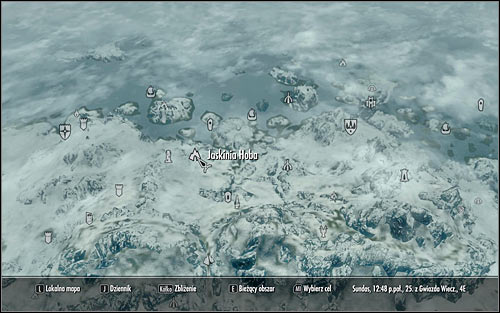 If you don't want to waste time on searching for a member of this race, you can head to Hob's Fall Cave (screen above), located west of Winterhold. The advantage of such a choice is that the area is not only inhabited by High Elves, but also Dark Elves and you will be able to harvest two samples at the same time. Of course don't forget to examine the body of the High Elf to gather his blood.

The end of Septimus Signus' work 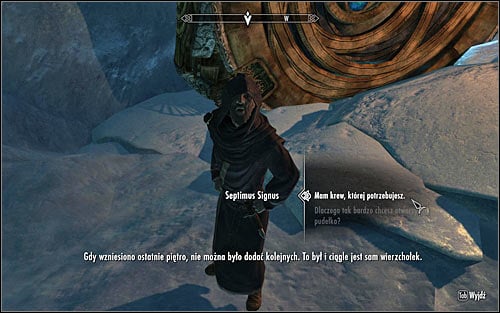 You can return to Septimus only after obtaining all five samples. Open the world map and use fast travel to Septimus Signus' Outpost. Head inside and speak with the mage to give him the filled Essence Extractor (screen above). 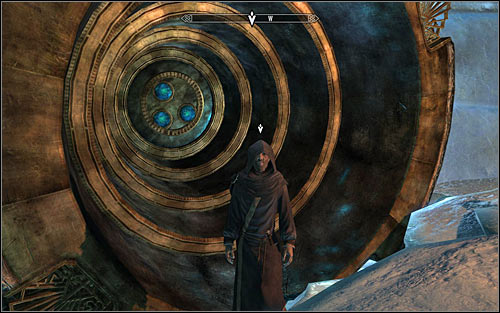 Wait for Septimus to unlock a passage to a new location (screen above). Head to the adjoining room with a large book on a pedestal and don't get surprised by Septimus being turned into a pile of ash. 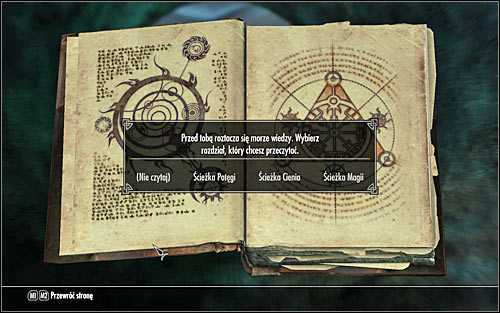 Approach the Oghma Inifnium and interact with it. You will be able to choose a prize for finding the book. The possible options are:

After choosing a prize (or refusing to accept one), take the book (E).

Notice: If for some reason the prize-choice window doesn't show up, it might mean a bug. In such situation take the book and try to read it again (from the inventory) after the mission ends. 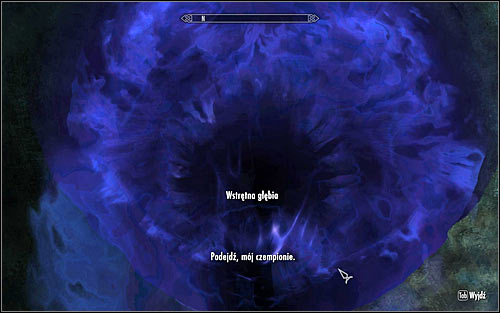 Turn around and try to leave the room to come across the Wretched Abyss (screen above) yet again. Whether you agree to be Hermaeus' champion or refuse to accept his offer doesn't matter. The quest will end in both cases.