Quest requirements: This quest can be completed only after reaching at least level 32. As by then you should have a well developed character, you can approach it at once. 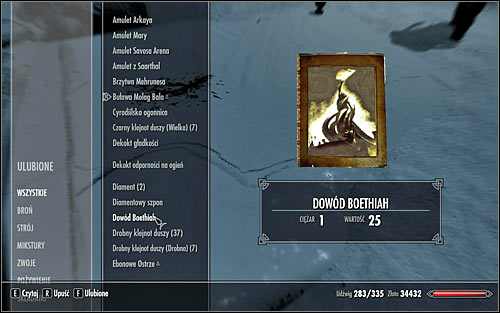 There are two ways of activating this quest. The first one is obtaining and reading Boethiah's Proving (screen above). Keep in mind that it's random and you can find the book at any part of the world or when meeting a Boethiah Cultist, who you should kill. 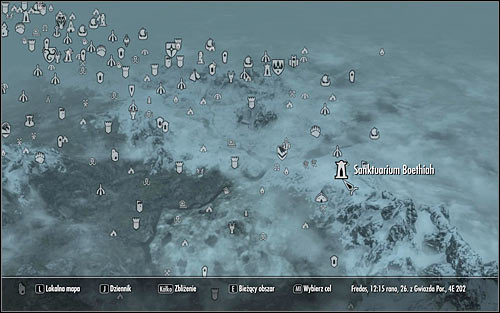 If you don't want to wait until you find the book, you can head to the Sacellum of Boethiah right away (screen above). The area can be found in the mountains in the eastern part of Skyrim and if you haven't yet discovered it, it would be best to begin at the nearby city of Windhelm. 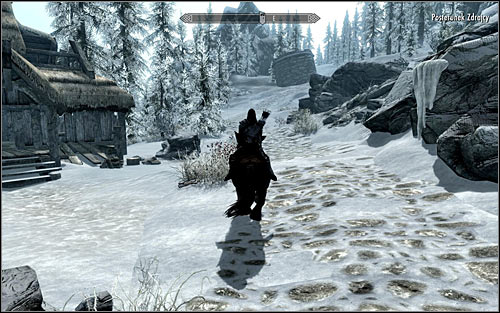 Reaching the Sacellum might prove a bit troublesome. I'd recommend heading east of Windhelm and staying on the hardened path. Turn south after going past the Traitor's Post (screen above). 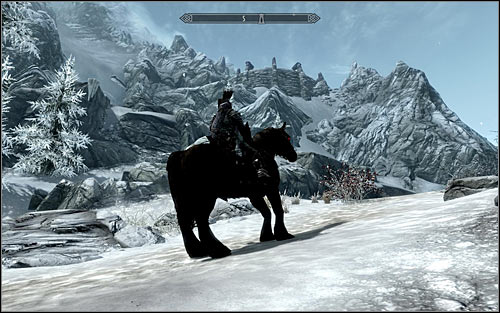 You will know you're on the right path if you see the Sacellum's wall in the distance (screen above). If you haven't activated this quest by finding the book, it should be added to your journal after getting close enough to the Sacellum of Boethiah.

Meeting with the Priestess of Boethiah 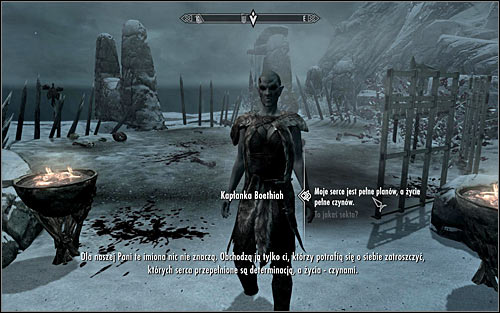 Approach the cultist camp and you should automatically be stopped by the Priestess, who will state that all gathered and the followers of Boethiah. You need to tell her that you want to undergo the test (screen above). The Priestess will tell you that to prove these words you will need to bring a friendly person to the shrine and kill her as part of the ritual. She will also give you the Blade of Sacrifice.

New main objective: Lead someone to become trapped by the shrine and slay them 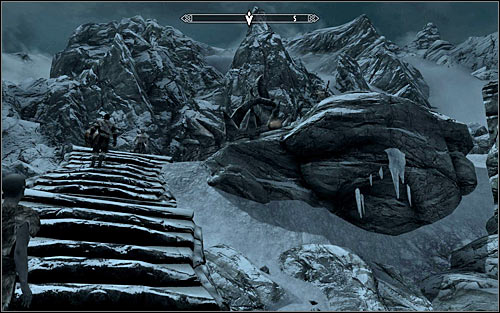 As you have probably guesses, you can sacrifice the life of anyone you like, assuming he or she can follow you as a party member. I'd of course recommend thinking over your choice in order not to kill anyone connected with an important quest or an unique ability trainer. The best candidates are those with little influence on the plot, who can follow you without any demands or after completing a small errand. After picking up the candidate, return to the Sacellum of Boethiah and go up the stairs leading to the shrine (screen above). 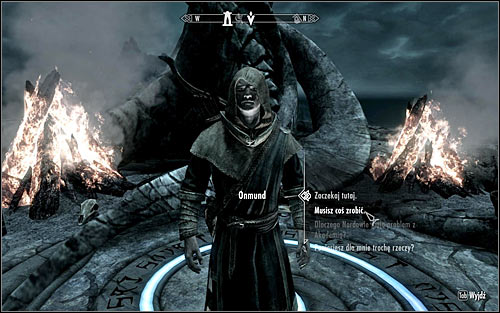 Stop by the pillar and wait for your party member to reach you. Speak to him and choose the second dialogue option from the top (screen above). 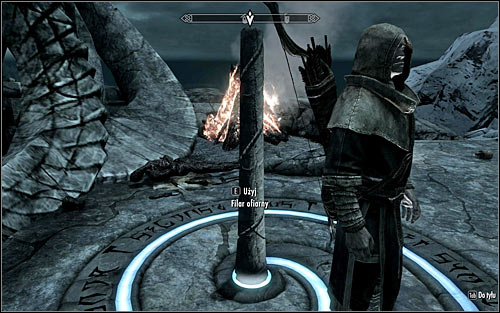 Approach the pillar (screen above) and press E to make your companion approach it as well. 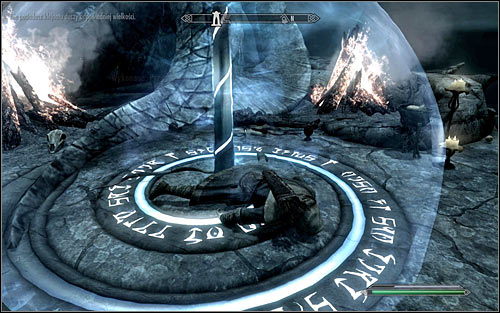 If you have done everything according to plan, your party member will be imprisoned. Now you can move to the last step of the plan, which is murdering your ally (screen above). Curiously, you don't necessarily have to use the Blade of Sacrifice, as any other weapon will do as well. 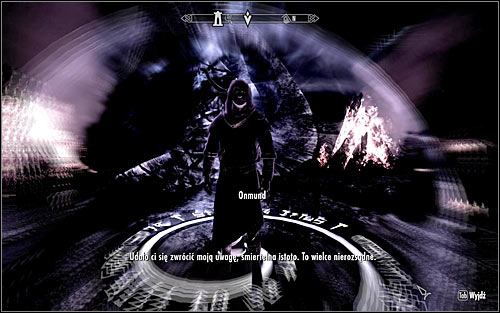 You will now have to speak with Boethiah, who will take over the body of your murdered party member (screen above). You need to tell her that you have your reason for which you sacrificed your friend and that you're not afraid of Boethiah. The Daedric Prince will afterwards speak to all the gathered, informing that the one who will get the honour of completing a mission for her will be the last one left alive in the Sacellum. 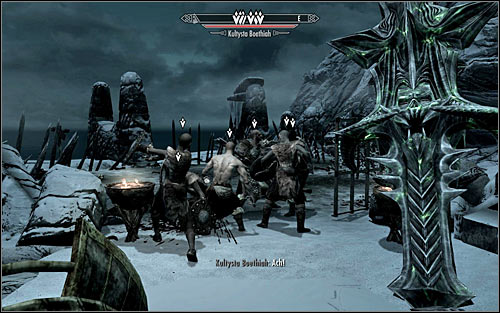 Note that the Boethiah Cultists have started attacking themselves (screen above) and in the beginning phase of the battle it would be best to leave them alone. Stand in a safe place and wait until there are two-three enemies left. 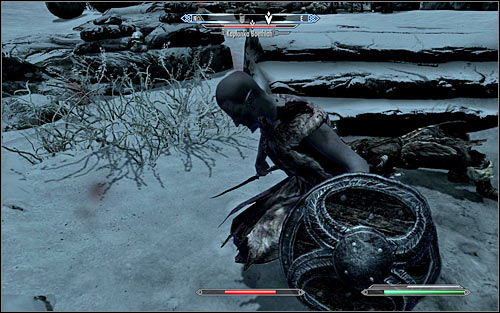 The cultists should take interest in you only after just a few of them are left. Especially look out for the Priestess of Boethiah (screen above), as she is noticeably stronger than the others, as well as for the cultists capable of using powerful offensive spells. Remember that because of killing your follower you're on your own, so keep an eye on your health more than normally. 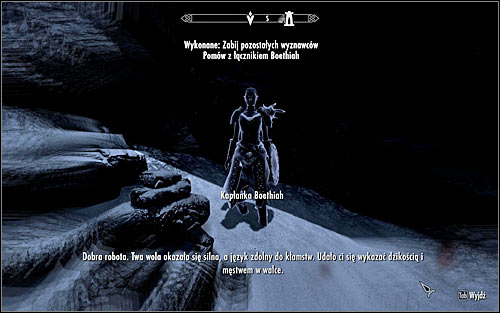 You will speak with Boethiah again after you're the last one left alive (screen above). The Daedric Lord will ask you to slay her previous champion, who can be found at the Knifepoint Ridge together with other bandits. Boethiah will additionally want you to complete his task silently, though luckily you will be able to complete this quest even if you kill the champion and his sidekicks in a more standard way.