Quest requirements: This quest can be completed only after reaching at least level 20 and completing the main mission Dragon Rising. You can complete this mission pretty much at once, as it doesn't include any fight and neither does it demand you to use any particular skills. 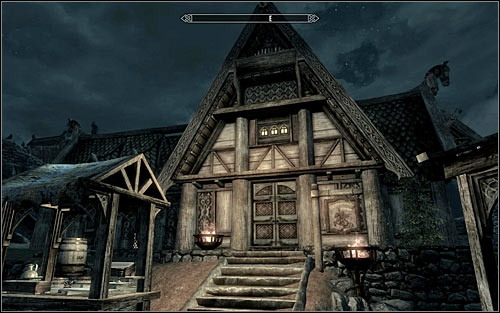 Depending on your liking, you can move to activating this quest at once, or dedicate some time to learn of it officially. If you choose the latter option, head to The Bannered Mare in Whiterun (screen above). 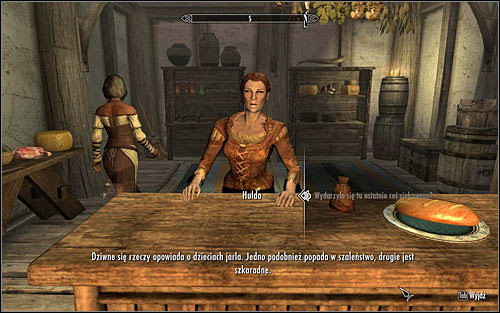 Speak with the innkeeper, Hulda. Ask her of any recent gossip and one of the news she gives you should concern Jarl Balgruuf's sons (screen above). Note that therefore you have unlocked Miscellaneous: Ask Jarl Balgruuf the Greater about his children. 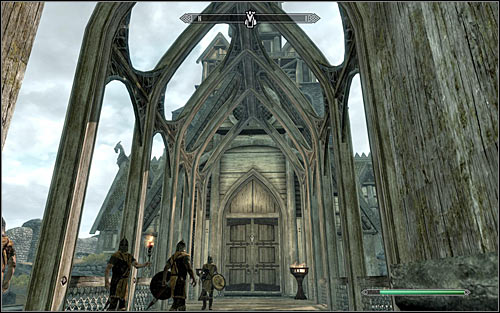 By default, Jarl Balgruuf should be at the Dragonsreach in Whiterun (screen above). The only exception is the situation in which you opted for the Stormcloaks in the civil war quests and during Battle for Whiterun joined expelling Balgruuf. If you meet all the above conditions, the Jarl and his kids should be in an alternative location, namely the Blue Palace w Solitude. 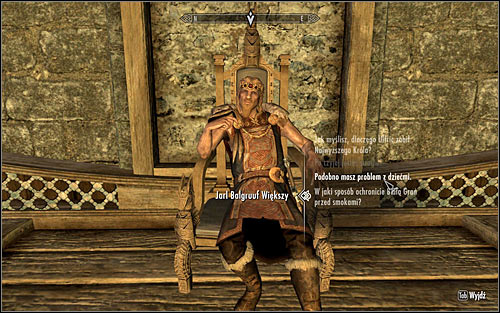 Head to the current whereabouts of Jarl Balgruuf, speak to him and ask about the problems he's having with his kids (screen above). Balgruuf will tell you that his youngest son, Nelkir, is the source of the problems. Recently he became very aggressive and doesn't speak with his father at all. The Jarl will ask you to look into the cause of this. 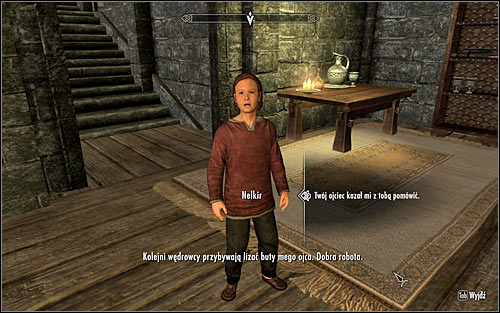 Nelkir should be found walking around Jarl Balgruuf's current home (screen above). Walk to the boy and speak to him, informing that his worried father has sent you. Nelkir will tell you that he's been adopted and that lately he's been often speaking with the Whispering Lady in the Dragonsreach basement. 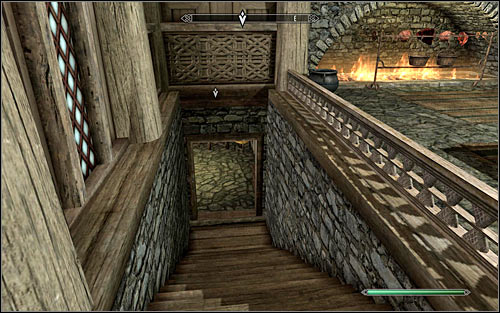 In order to reach the whispering door, you will first need to go down to the basement of the Dragonsreach. For that, use the stairs found in the north-west part of the Jarl's estate, in the kitchen to be precise (screen above). After reaching the basement, head to the door on the left. 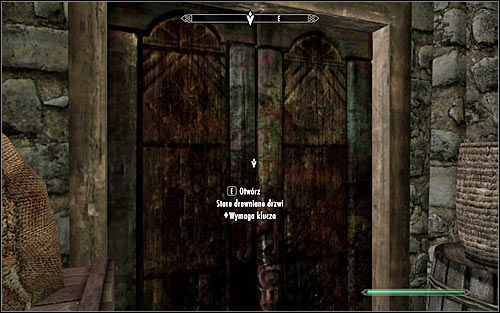 Go through a couple narrow corridors, eventually reaching an old wooden door (screen above). Interact with it to begin a conversation with the Whispering Lady. From her, you will learn the Whispering Lady is indeed Mephala - the Daedric Lord of whispers. She will also ask you to obtain the key thanks to which you will be able to open the basement door. 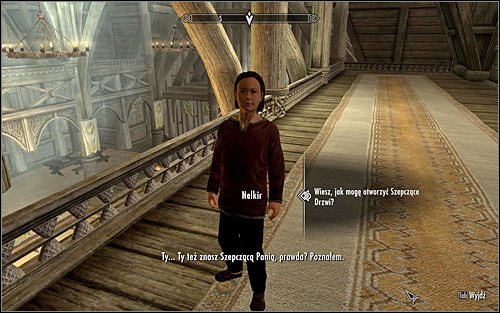 Find Nelkir once again and ask him for any ideas on how to open the door (screen above). Nelkir will tell you that the keys are in possession of Jarl Balgruuf and Farengar Secret-Fire.

New main objective: Obtain the key to the whispering door 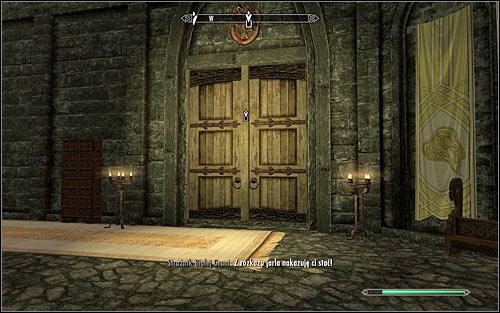 Handing you over the key won't appear as a dialogue option with neither of the characters mentioned by Nelkir. If you want to obtain the key from Balgruuf, wait for the night to come as the Jarl should head to rest then. By default he should be at the Dragonsreach Jarl's Quarters, the main entrance to which can be found in the northern part of the estate (screen above). 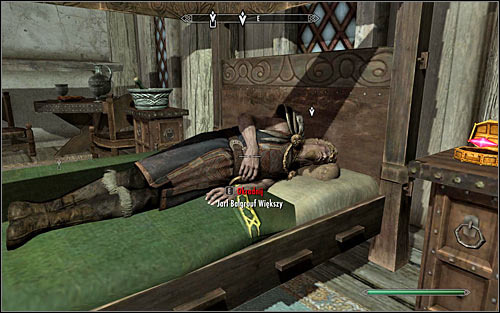 Head to the Jarl's sleeping room on the upper floor. You don't need to worry about being stopped by anyone on your way there. Crouch and approach the bed on which Balgruuf is sleeping (screen above). Make sure you're hidden and steal the Whispering Door Key. 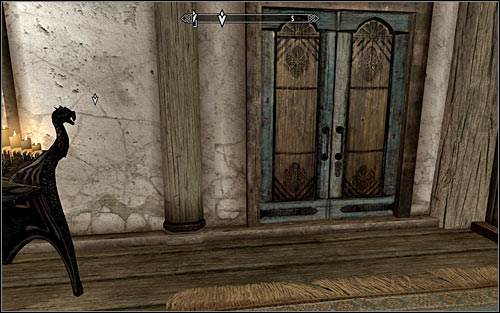 If you want to obtain the key from Farengar, it would also be good to wait for the night to come, as the mage should head to rest then. His quarters can be found right beside the room in which he works during the day (screen above). 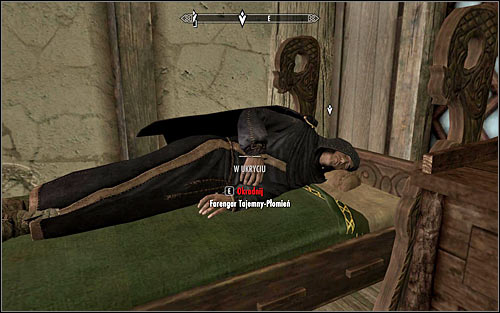 Carefully approach the bed on which Farengar is sleeping (screen above). You can theoretically murder him, though I wouldn't recommend doing so as therefore you would block access to other quests. It's much better to steal the Whispering Door Key from him. 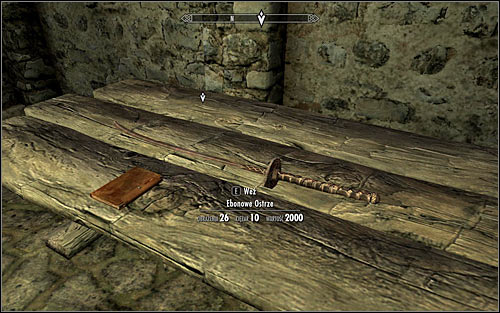 Return to the Dragonsreach basement and interact with the old wooden door to open it. Now approach the Ebony Blade lying on the table (screen above) and pick it up at once or after reading the Admonition Against Ebony. Listen to what Mephala has to say and the quest will end. The weapon you gained just now is very untypical, as it becomes more and more powerful as you kill FRIENDLY characters (enemies and monsters don't count). Therefore you need to use it very carefully, killing only those characters with whom you are certain that they won't be necessary in the future quests.