Quest requirements: This quest can be completed only after reaching at least level 14. I'd recommend holding off with it further, as it includes, inter alia, battles with mages. It's also worth to increase your Speech, thanks to which you will be able to solve some of the problems you come across in a diplomatic way. 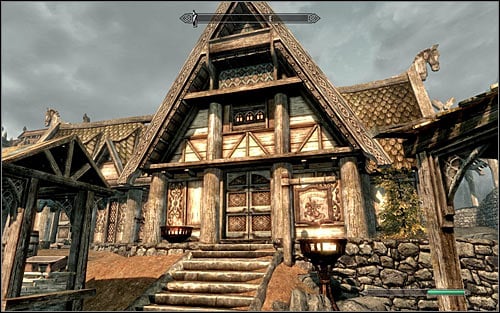 This quest is given by Sam Guevenne, though giving his exact location is impossible, as it's chosen randomly. The only certain thing is that Sam can be met at one of the inns inside the bigger cities of Skyrim and the first one I'd suggest checking out would be The Bannered Mare in Whiterun (screen above). If he won't be there, head to in, inter alia, Markarth, Solitude, Windhelm, Rorikstead, Dragon Bridge and Riverwood. 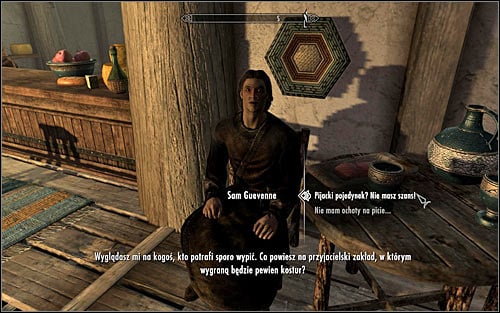 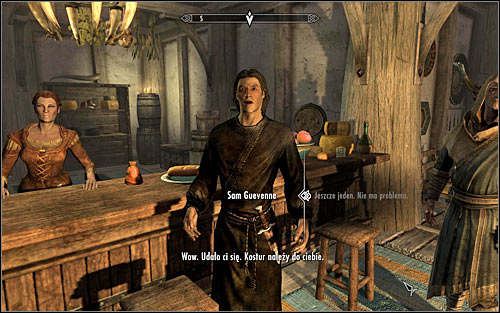 The drinking contest itself is very linear and limits only to confirming consecutive dialogue options. The first two rounds consist of drinking alternatively, though after them Sam will pass and you will have to order the third round (screen above). The contest will soon end with you losing consciousness and eventually waking up in a completely different part of Skyrim.

New main objective: Help clean up the Temple of Dibella 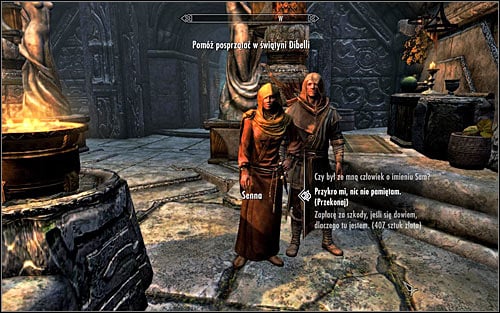 You will wake up at the Temple of Dibella in Markarth with a conversation with Senna, who is mad at you for demolishing the temple interior. You will be able to make a choice. The first option is persuading the priestess onto your side (screen above), intimidating her (both require high Speech) or giving her gold to cover the damage. If the attempt will be successful, you won't need to clean the temple and will be able to head to Rorikstead at once In such situation, skip the descriptions below and head to Meeting Ennis.

New main objective: Apologize to the priestesses of Dibella 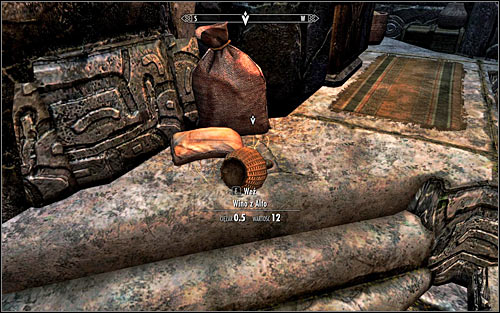 The second option is agreeing to the priestesses' request of cleaning the temple. Luckily it's very easy, as you only need to pick up four marked items (screen above), namely two Alto Wines, Giant's Toe and Repair Supplies Note. In the end approach Dibella and apologize to her for the mess, thanks to which you will be directed to Rorikstead as well.

New main objective: Ask about Sam and the staff in Rorikstead 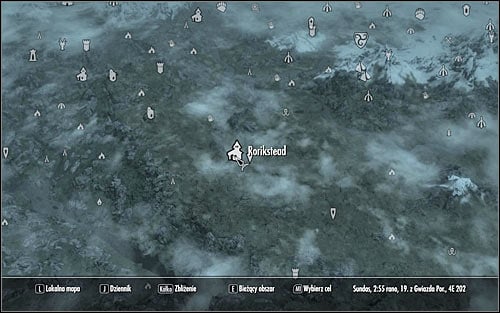 Start off by interacting with the Shrine of Dibella to receive a blessing. Head out of the Temple of Dibella and open the world map. Your destination is Rorikstead (screen above), a village in the middle part of Skyrim. If you haven't yet discovered it, you can begin at Whiterun and head west. 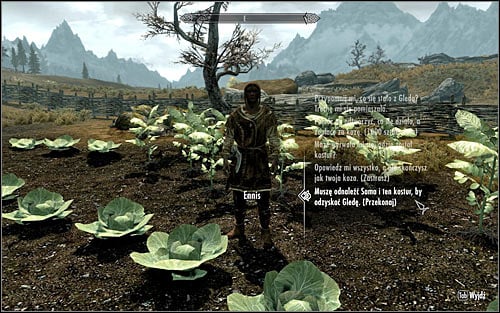 As you reach Rorikstead, look around the field adjoining the local inn during daytime and you should be stopped by a farmer Ennis, asking you to return the goat that you have stolen. Just like with Senna, you can act in two ways. If you manage to persuade Ennis (screen above), intimidate him or offer fulfillment for the stolen goat, you will be directed to Whiterun at once. In such situation, skip the description below and head to Meeting Ysolda. 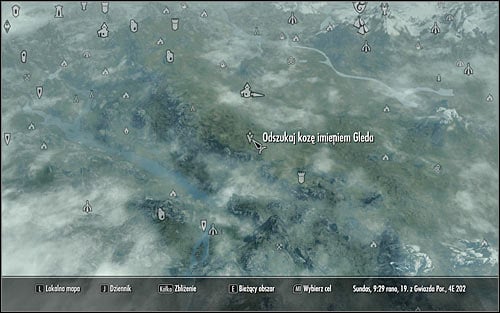 If you weren't able to convince Ennis to tell you the details of the previous night or want to help him find the goat, you will need to find the Giant to whom you had sold it. Your destination is a big field located south of Rorikstead (screen above) and as it's not far from the village, you can head there by foot without any problem.

New main objective: Bring Gleda the Goat back to Ennis in Rorikstead 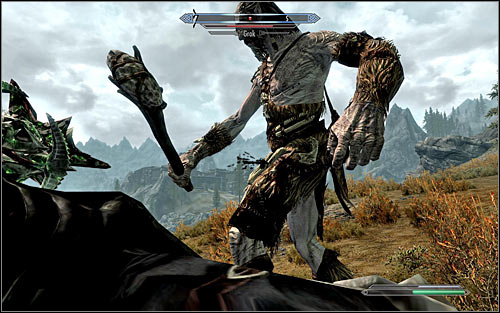 As you reach your destination, it will turn out that Gleda the Goat is being watched by Grok the Giant. The most obvious solution is attacking him (screen above), though of course keep in mind that victory won't come easy. Try to keep the Giant at distance or at least block his attacks, thanks to which you won't die after just a few hits. 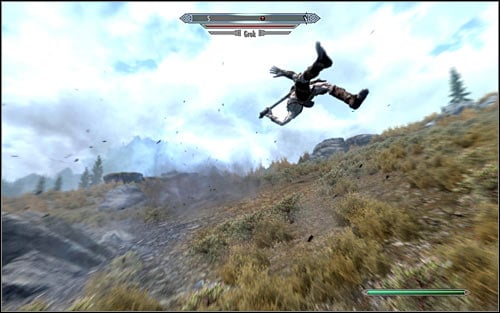 The less obvious solution is stealing the goat. In such situation you would need to head towards Rorikstead at once and don't stop so that the Giant doesn't catch up with you. A good way of slowing him down is using Unrelenting Force (screen above), the more considering the fact that getting up from the ground will take him some time. 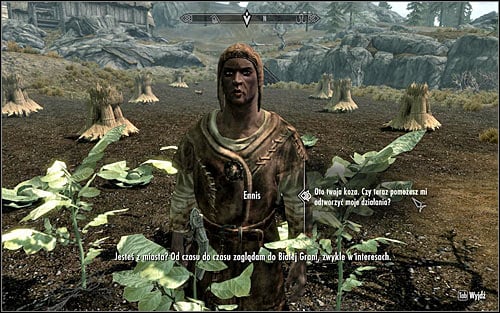 Regardless of the chosen option, don't forget to interact with the goat to make it follow you. Return to Rorikstead and once again find Ennis. Wait for the goat to appear in town and speak to the farmer, informing him of retrieving the animal (screen above). Ennis will tell you to head to Whiterun and met with Ysolda.