Quest requirements: This level can be completed only after reaching level 9. Personally I'd recommend approaching it even later on, as it consists of a couple fights including a demanding one with a Giant. 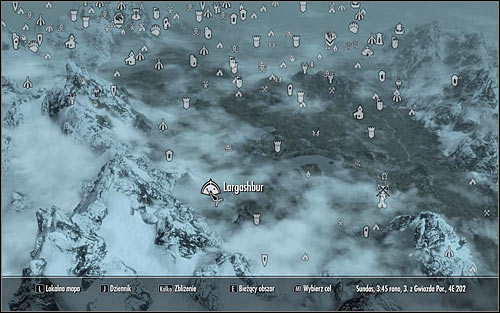 In order to activate this quest, you will need to head to the Orc camp of Largashbur, located in the south-east part of Skyrim (screen above). I'd suggest beginning at the nearby city of Riften and go west. 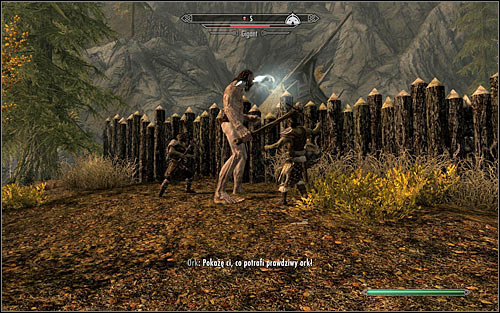 After getting nearby the destination point, you should note that Orcs are fighting a Giant beside the city walls (screen above). Depending on your liking, you can either join the fight or wait for the Giant to be killed. In the first case it's important not to hit any Orcs, so make sure to avoid using any skills, powers or spells with area effect. 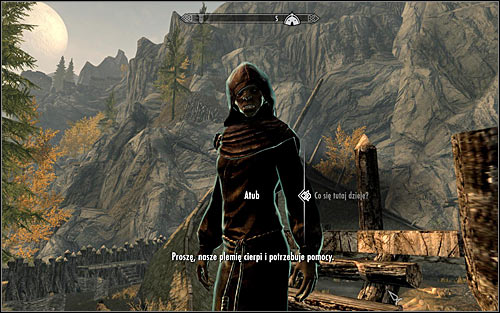 After the Giant is dealt with, Atub should approach you. If you have accidentally hurt any Orcs, you will first have to pay a fine and if the fight involve any problems you will be able to skip to the proper part of the conversation at once (screen above). Atub will ask you to help his tribe. The plan implies asking the Daedric Prince Malacath to lift the curse, though for the ritual you will need two very rare ingredients: Troll Fat and Daedra Heart.

Note that the game doesn't give you any precise locations, so you will have to look for each of the mentioned ingredients yourself. Of course in case you have them in your inventory, you can skip to the next part of the quest at once. 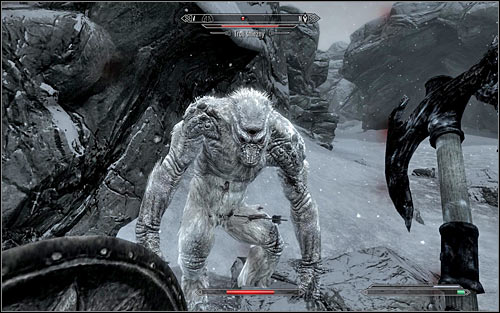 The easiest way of obtaining the Troll Fat is of course killing one of such beasts and you should know that you it includes both "normal" and Frost Trolls. You have fought one of them while crossing the mountains as part of The Way of the Voice main quest (screen above) and if you don't have anything against it, you can return there and search for the body. 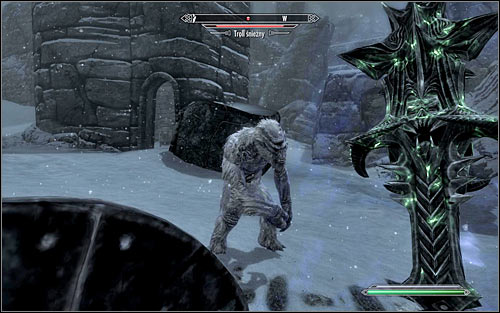 An example of a location occupied by Trolls is for example the Labyrinthian found in the northern Skyrim mountains (screen above) which you visit during the College of Winterhold quest Staff of Magnus. 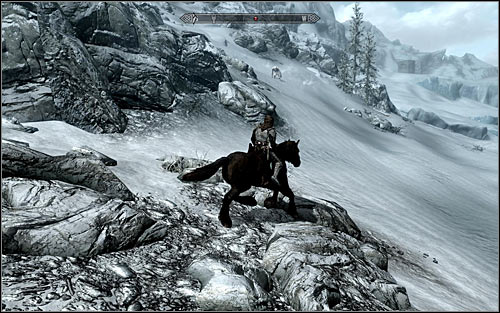 If your character is developed enough, you can head to the mountain area around Dawnstar and Winterhold, as beside standard wolves and bears there's also a chance of coming across a Troll there (screen above). If you're in no hurry of completing this quest, you might move to other quests and hope that you will come across a merchant selling Troll Fat or find this ingredient on your own eventually. 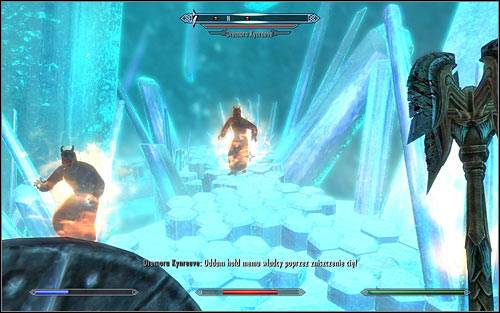 The easiest way of obtaining a Daedra Heart is killing a Dremora, though you don't come across such monsters during a standard exploration. You have to hope to fight one during other quests. I'd recommend checking the Daedric Quests The Black Star and Pieces of the Past, as the final battles of both include Dremora fights (screen above). 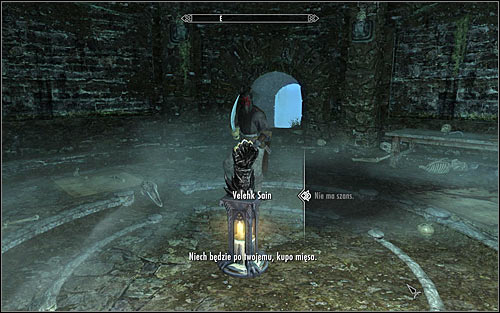 Another possible way of coming across a Dremora is during the side quest of College of Winterhold, Miscellaneous: Velehk Sain's Treasure, connected with the gauntlet found in Midden Dark. As you solve the gauntlet puzzle, a Dremora will appear (screen above) and one of the possibilities is fighting it. 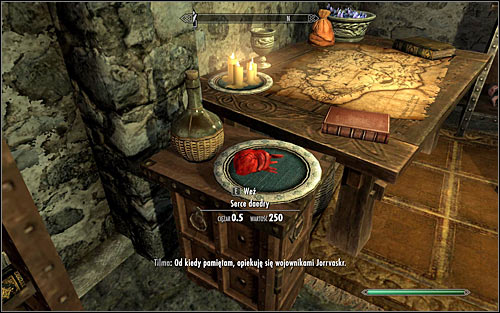 Of course nothing stand in the way of searching for a Daedra Heart that was tore out of the monster's chest by someone else. In such case, the easiest way of obtaining it would be by heading to the temple of Jorrvaskr located in Whiterun. Enter the temple and use the stairs to reach Jorrvaskr Living Quarters. Enter the northern room. If you haven't completed all the Companion quests yet, you will need to steal the Heart. Otherwise the Quarters will be yours and no one will treat taking the Heart as thievery (screen above). If you're don't want to rush the quest, you can move to other missions and hope to come across a merchant selling Daedra Hearts (e.g. at the College of Winterhold) or find it in one of the locations you explore. 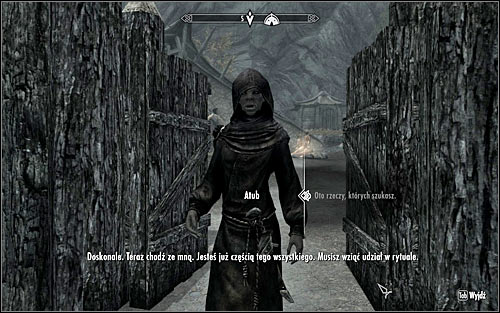 After obtaining both ingredients, return to Largashbur. Find Atub and give her the items (screen above). 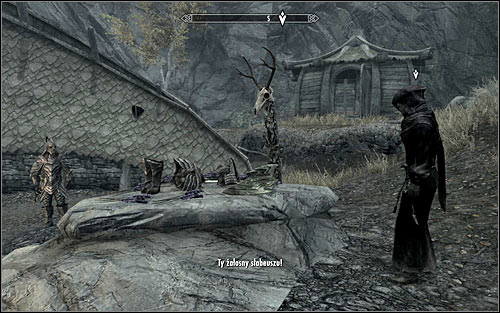 Follow Atub. She should head to the Largashbur longhouse and invite Chief Yamarz to join her in the ritual. Return outside, stand by the altar and wait for the ritual to end (screen above). Malacath himself will eventually appear and speak, promising to lift the curse in return for heading to the temple occupied by Giants and taking their chief's weapon.