Quest requirements: This quest can be completed at any moment. You can pass it during the beginning part of the game without any problems, as even though you will have to take part in some fights, they shouldn't prove too difficult. 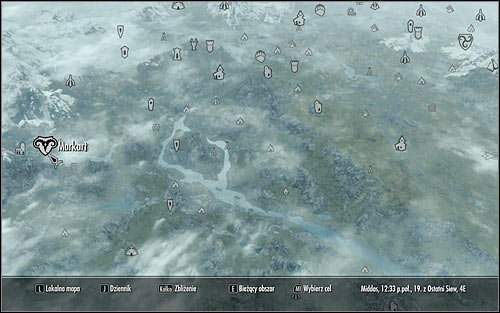 Start off by heading to Markarth, located in the western part of the map (screen above). If you haven't been there yet, it would be easiest to reach it using a carriage (e.g. the one at Whiterun Stables). 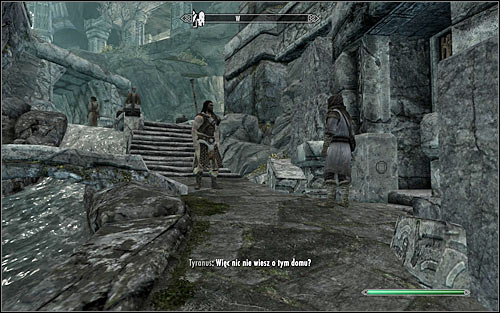 After reaching the city, head straight west. Beside one of the houses you should come across Vigilant Tyranus, who, depending on how many times you have already visited Markarth, might be talking with Yngvar (screen above) or standing alone. Note - if you don't see Tyranus, try to head out of town and enter it again. 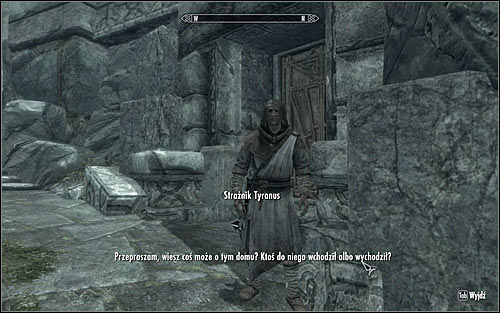 Approach Tyranus and speak to him (screen above) so that he asks you of the abandoned house. Tyranus will tell you that he's a Vigilant of Stendarr. He will also share with you his suspicions that the house he's standing beside is being used by someone for Daedric rituals. In the end offer him help in investigating the house. 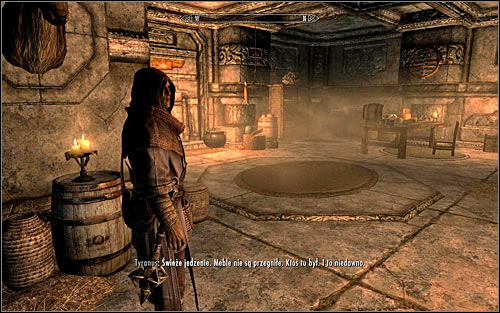 Use the door leading to the Abandoned House. Inside, follow Vigilant Tyranus (screen above) and listen to his comments on the way. Eventually go down the stairs into the basement. 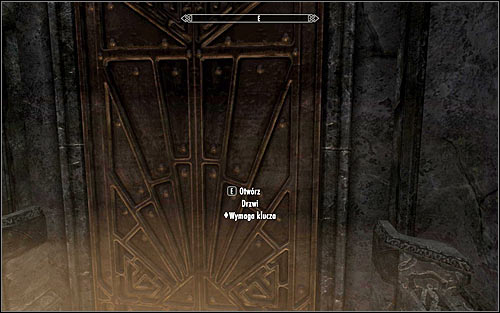 Soon after reaching the basement, you will reach a door and Tyranus will ask you to investigate them. Interact with the door (screen above) and they will turn out to be locked. Tyranus will come to the conclusion that this place is the home of a powerful Daedra and run away. 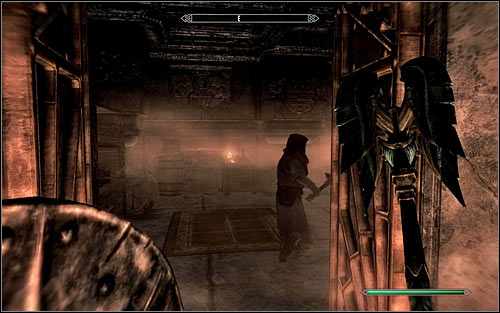 Follow Tyranus, who will be running towards the exit. On your way you will head the Daedra calling you to kill the Vigilant (screen above). 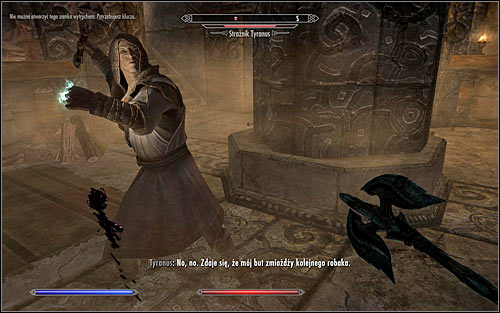 As you reach the exit, it will turn out that it's locked. What's more, Tyranus will soon lose his mind and attack you. Therefore it's a good idea to attack him beforehand (screen above), thanks to which you will be able to use the element of surprise to your advantage. Be careful, as Tyranus can use spells, though defeating him shouldn't be all that hard. 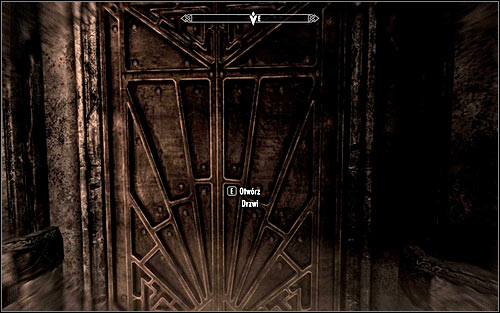 After killing Tyranus, the mysterious voice will once again speak to you and invite you to collect your prize. Before doing anything, look around the whole house and be sure to examine Tyranus' body to find some precious items. Only afterwards should you return to the basement and open the door to reach the previously unavailable passage (screen above). 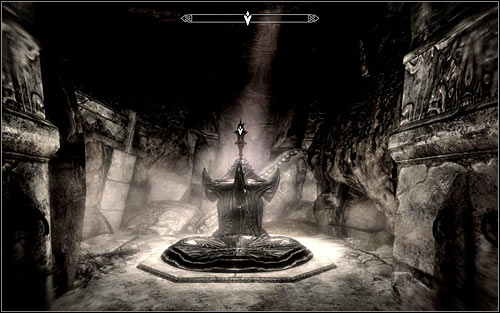 Keep following the linear path and soon you should reach a cave entrance. Eventually you will reach a small altar (screen above). Interact with the rusty mace and you will end up trapped in a cage. 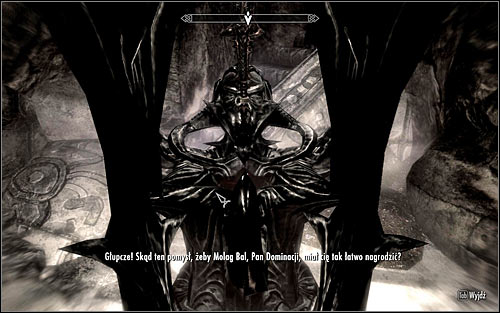 You will now speak with Molag Balem, the Daedric Lord of Corruption (screen above). Molag will want you to bring a priest who serves a different Lord, so that he can force him to give his soul to him. The choice of dialogue options doesn't matter here, as you will receive the task of finding the priest either way. 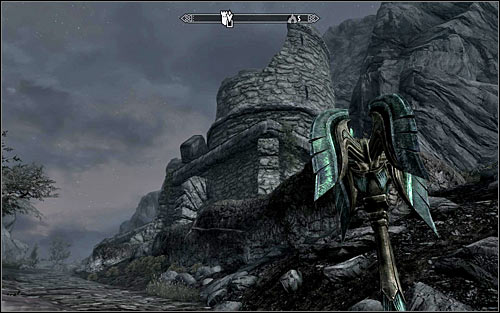 Head out of the Abandoned House and open the world map. Unfortunately there's no way of telling where the priest will be for sure, as he will be held in a randomly chosen location, usually a keep or fort of some sort (screen above). Head to the marked location. After reaching the destination you will of course have to take into account that you will come across more or less demanding enemies. Depending on your liking, you can either explore the whole area or just focus on the current objective. 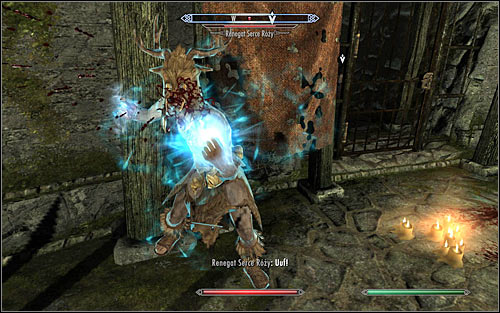 The priest will be most probably guarded by a mini-boss (screen above), so be careful during the last fight. It's also very possible that the person you're looking for will be held inside a cage or in a prison, so you will have to either use picklocks or examine the enemy bodies in search of a key. 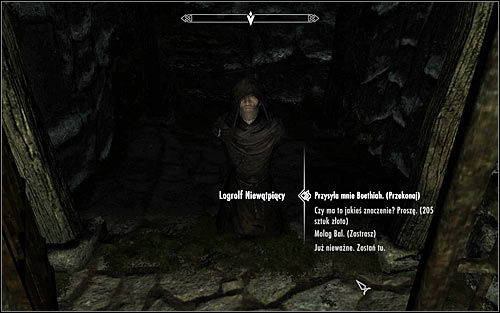 Approach Logrolf the Willful and speak to him. The priest won't be willing to believe that you're here to rescue him, which gives you three options (screen above). If you character has high Speech, Logrolf would be best persuaded or intimidated to your side. Otherwise, just give him some gold. 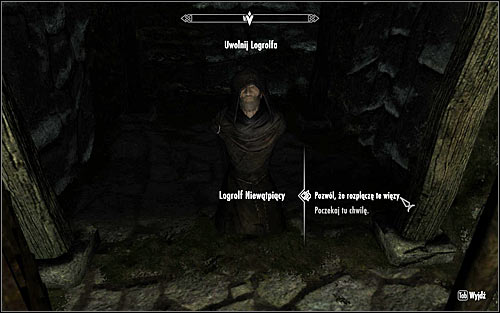 If you have succeeded in convincing Logrolf, the priest will ask you to free him, which you should of course do (screen above). Logrolf should automatically get out of his formed prison and head to the house. 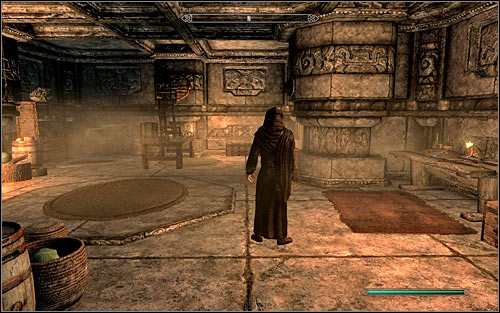 Leave the area where Logrolf was imprisoned and return to Markarth. After reaching the city, head back to the Abandoned House. You should note that Logrolf is already here, so follow him (screen above) heading towards the room with the altar. 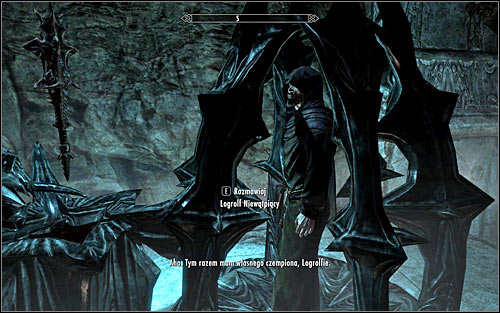 After reaching the alter Logrolf will be automatically imprisoned in the cage. Approach him and listen to the conversation between him and Molag Bal (screen above). The Daedric Lord will soon afterwards give you the Rusty Mace and ask to torture Logrolf. 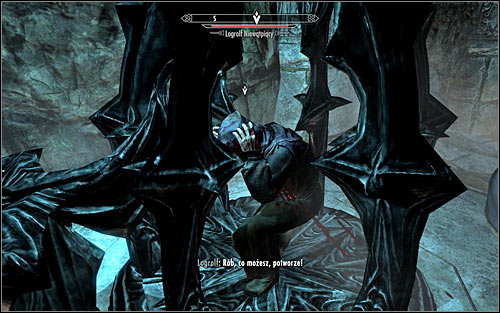 You don't need to equip the mace, as it will be done automatically. Start attacking the imprisoned Logrolf (screen above). The mage won't defend at all and additionally your party member can join in as well. 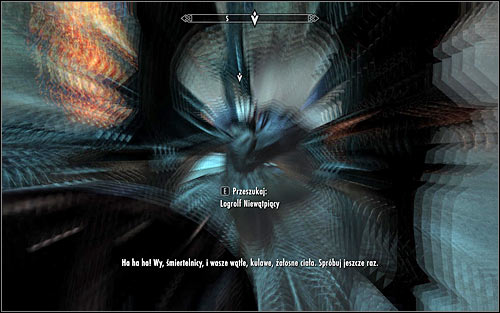 Don't worry about killing Logrolf, as Molag will revive him (screen above) and tell you to continue with the tortures. Deprive him of his health again and this time Logrolf should give up an promise submission. 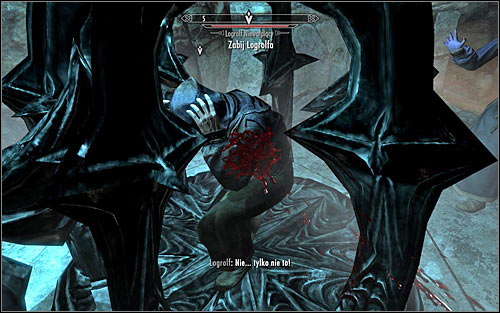 Listen to the last conversation, at the end of which Molag Bal will order you to kill Logrolf. Attack the priest for the last time (screen above), he won't defend at all this time as well. 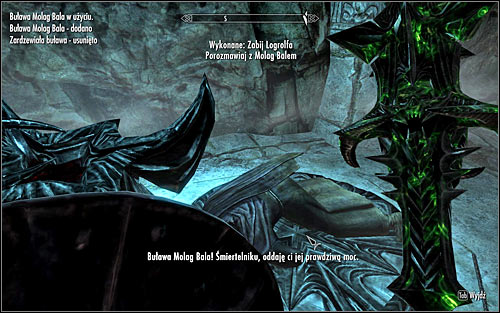 Now just speak to Molag Bal for the last time. The Daedric Lord will rewards you with the Mace of Molag Bal (screen above). It's a very good item for a warrior specializing in one-hand weapons which lets you deprive enemies of magic and stamina. The quest comes to an end.